This is a two location tour targeting Europe’s shyest and rarest mammals: Iberian Wolf and Iberian Lynx. We will make every effort to  observe  resident wolf packs in Northern Spain. The local wolves occur in remote valleys where their territories are well known to local experts. We have a very good chance of observing the wolves as we will be focusing on particular places were pack members meet the alpha couple during mornings and evenings. In Andalucía our attention turns to the rarest felid on earth: Iberian Lynx. We will scan from various vantage points at  one or both of the last strongholds for this species and therefore have a very good chance of spotting this critically endangered cat.

Hopping from one sierra to another

First part of the trip will take place inside the boundaries of the Sierra de la Culebra and Picos de Europa National Parks.  Our aim is to view wolf packs where they do not feel disturbed or threatened.  After a transfer, with a stopover near Lagunas de Alcazar to see the resident Greater Flamingos & White-headed Ducks, the second part of the trip finds us near the town of Andujar. 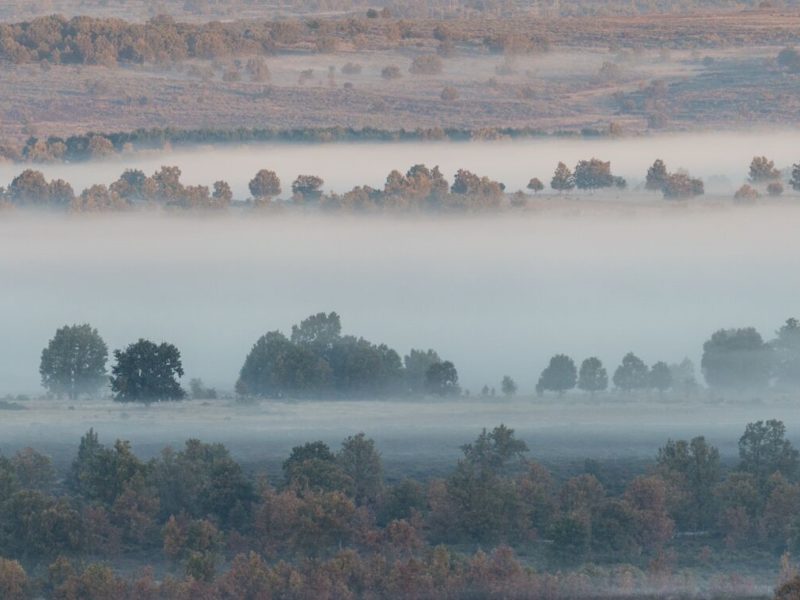 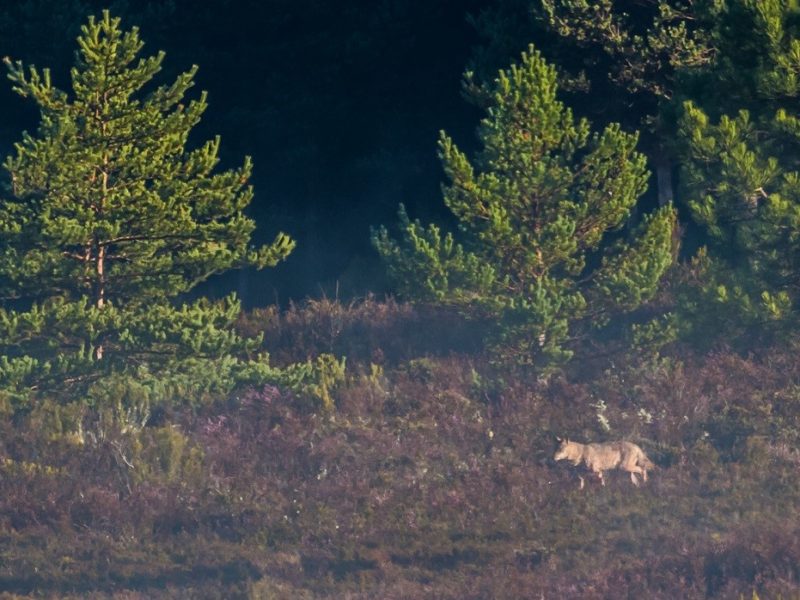 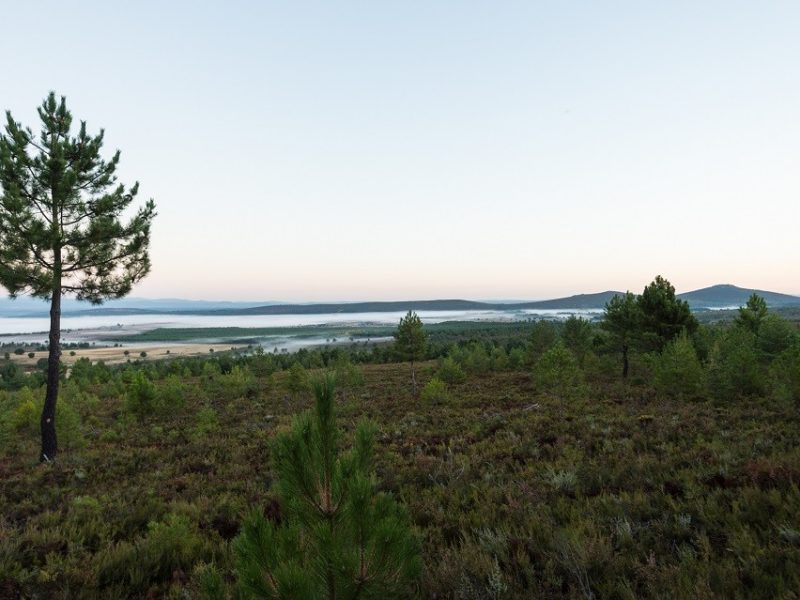 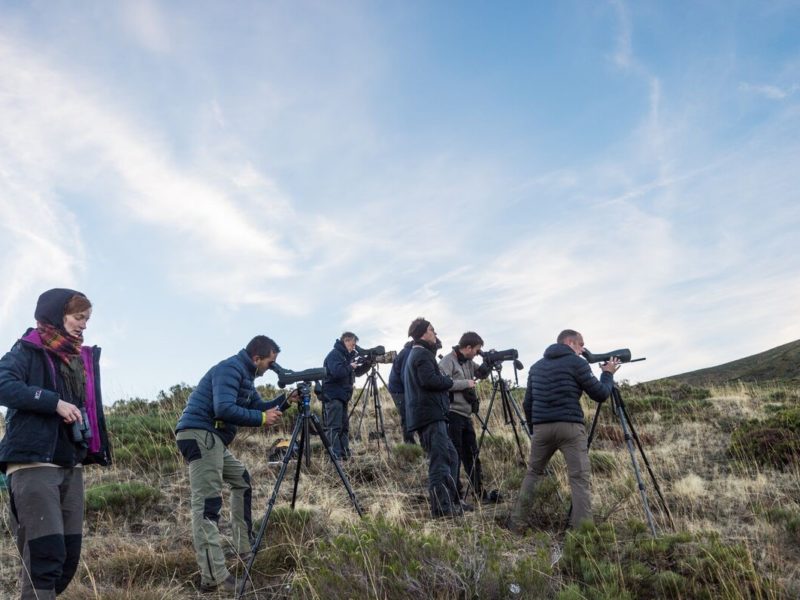 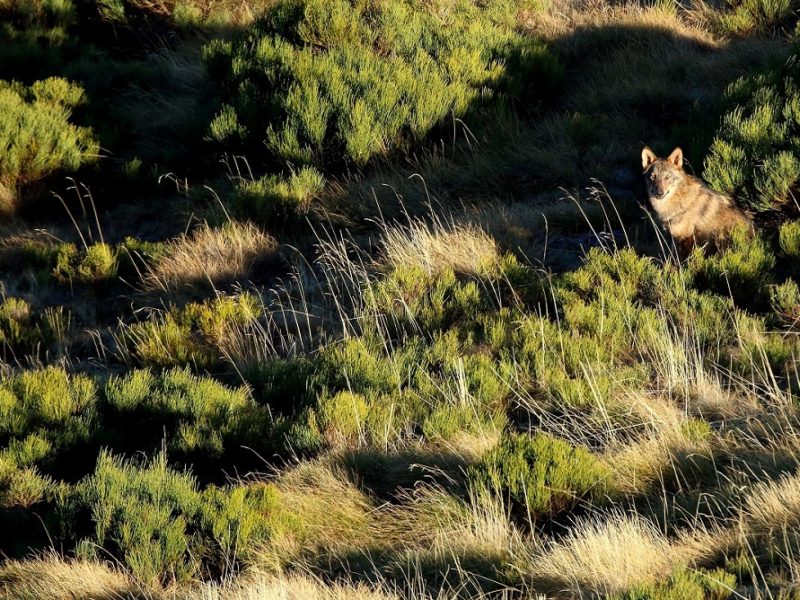 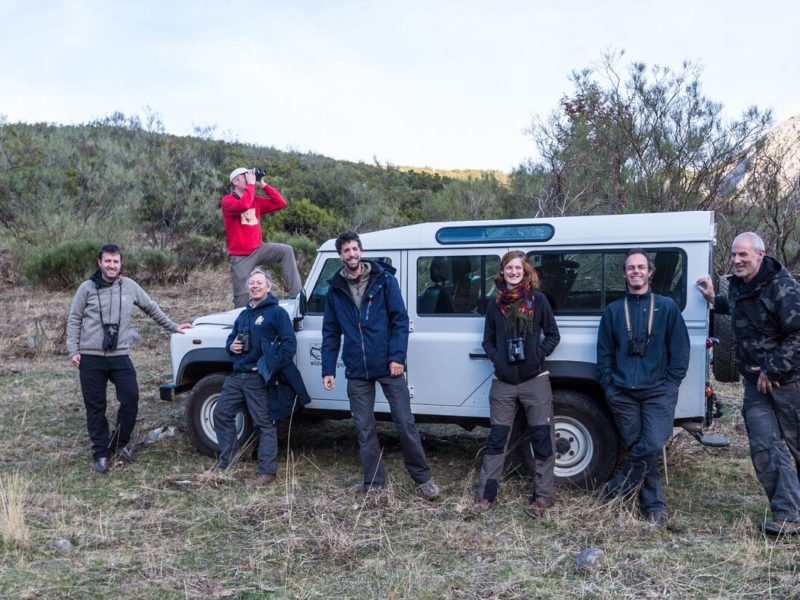 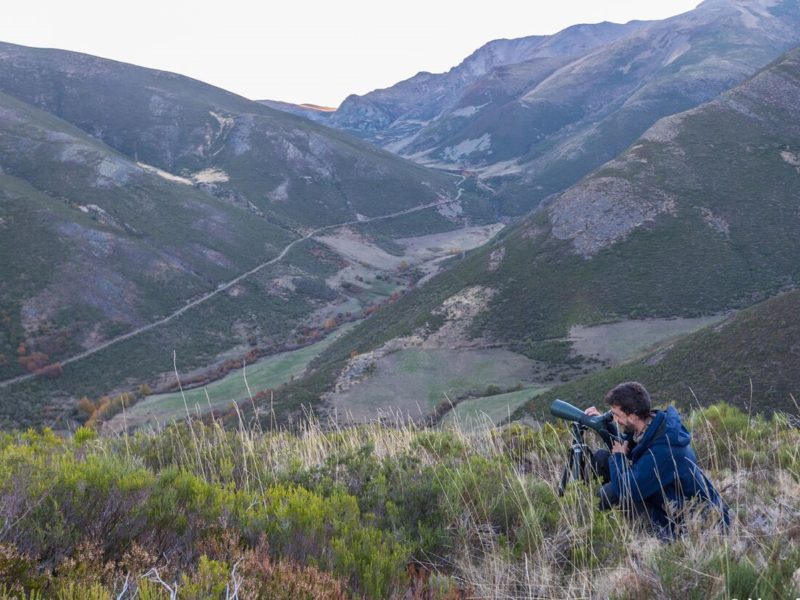 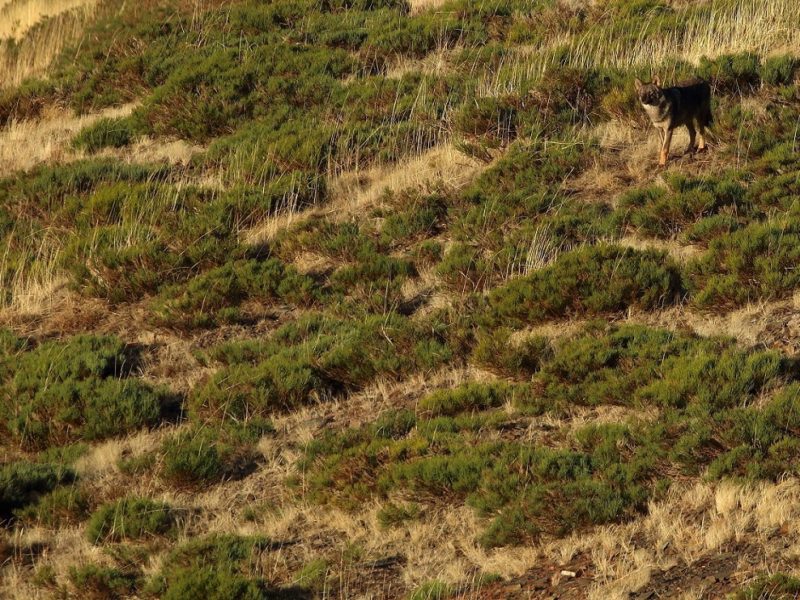 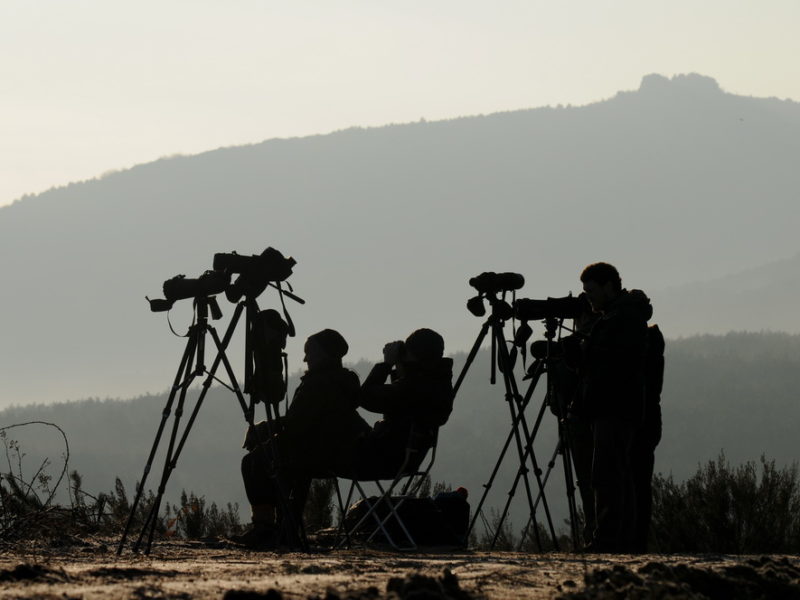 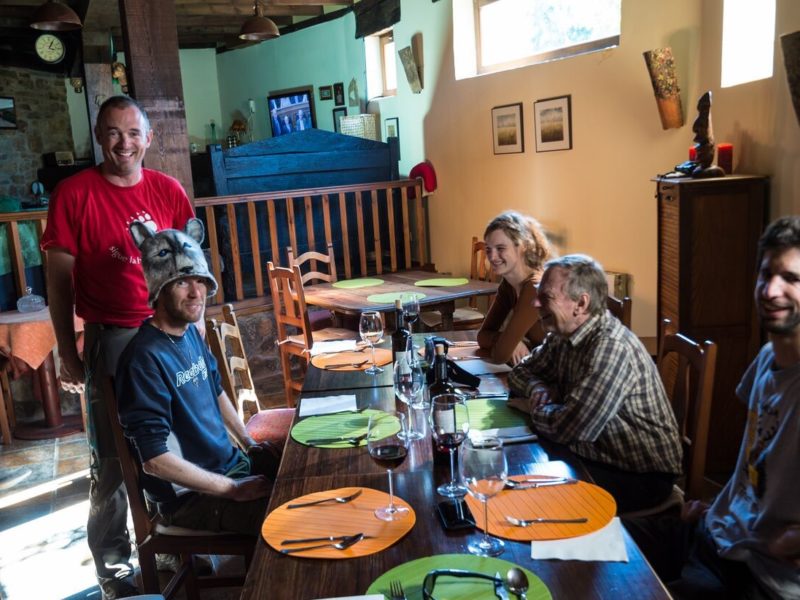 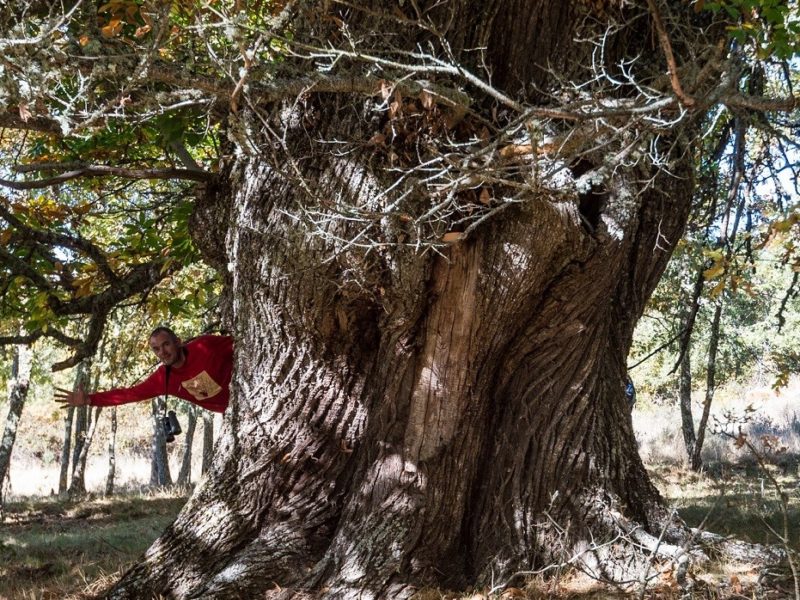 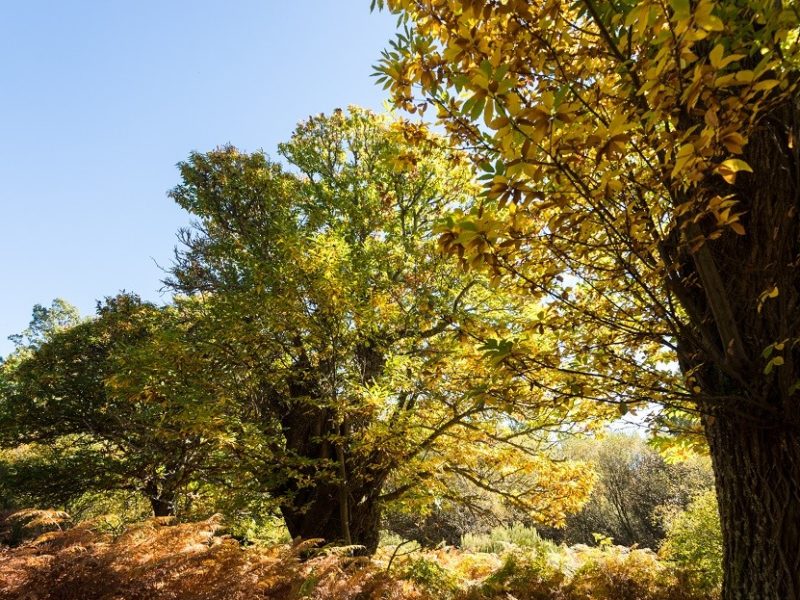 A lot more to see in biodiverse areas

While waiting and scanning for wolves and lynxes, opportunities are there to watch other interesting mammals such as Cantabrian Chamois, Wild Boar, Otter, Wild Cat and Iberian Ibex. The areas have a rich bird life so we will visit various locations during day time to observe resident bird species such as Great and Little Bustard, Black-bellied Sandgrouse, Black-shouldered Kite, Rock Sparrow, Little Owl, Egyptian, Black and Griffon Vulture, Black Stork, Golden Eagle and Spanish Imperial Eagle.

In general, views of wolves and lynx are made from mid to long range so telescopes are required for the best views and to observe the natural behaviour of both wolf and lynx without disturbing them.  Although, being a very exciting and intense experience to see a Lynx, patience is required whilst scanning the terrain. At Andujar we will have exclusive access to a private estate that has a population of lynx that live in the Sierra Morena. We will scan for Lynx from vantage points within the boundaries of the private property right in the middle of the mountains. Hide photography is possible here too. Overnight we will stay in very nice and comfortable local hotels. 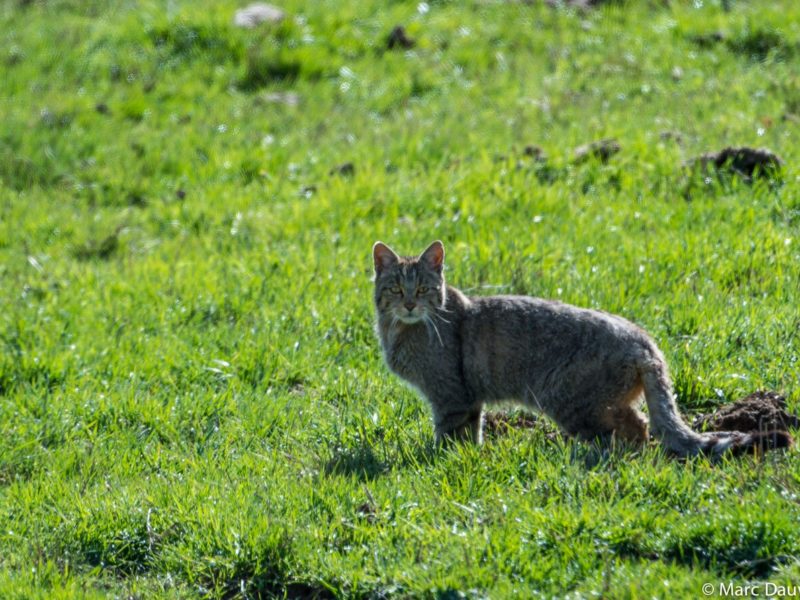 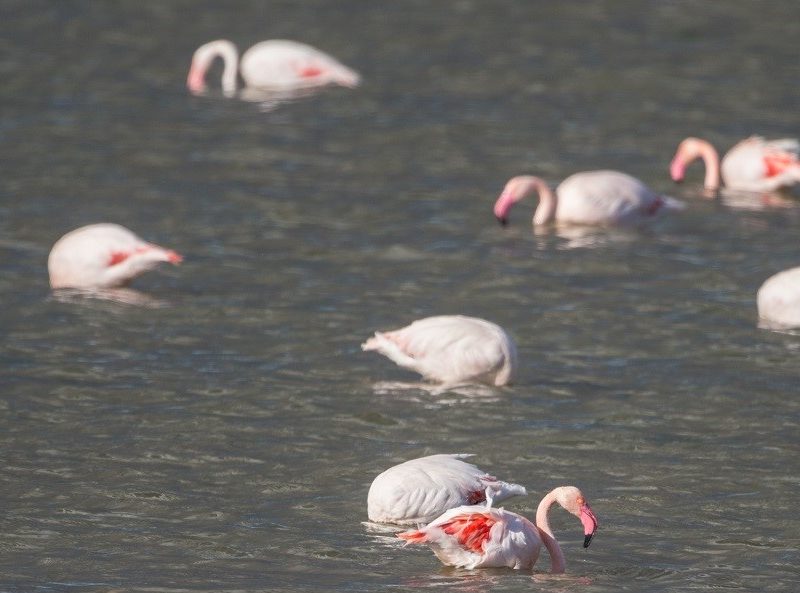 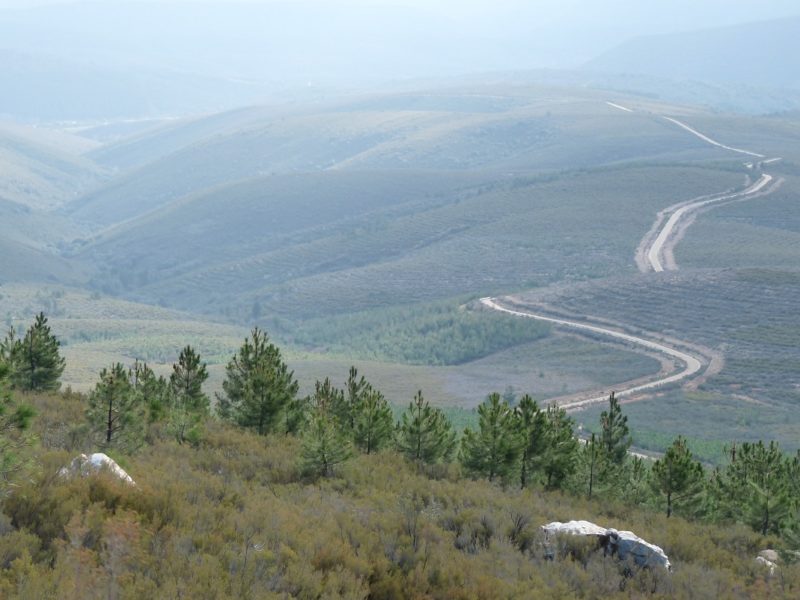 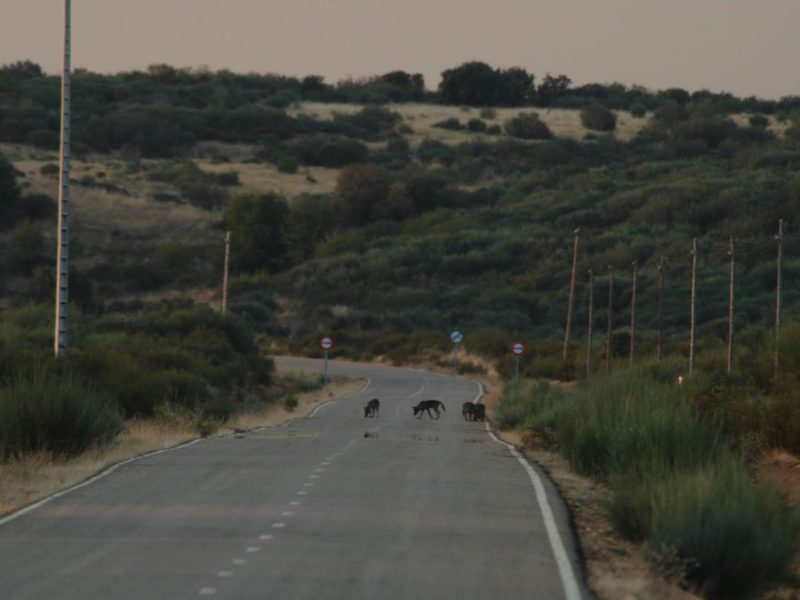 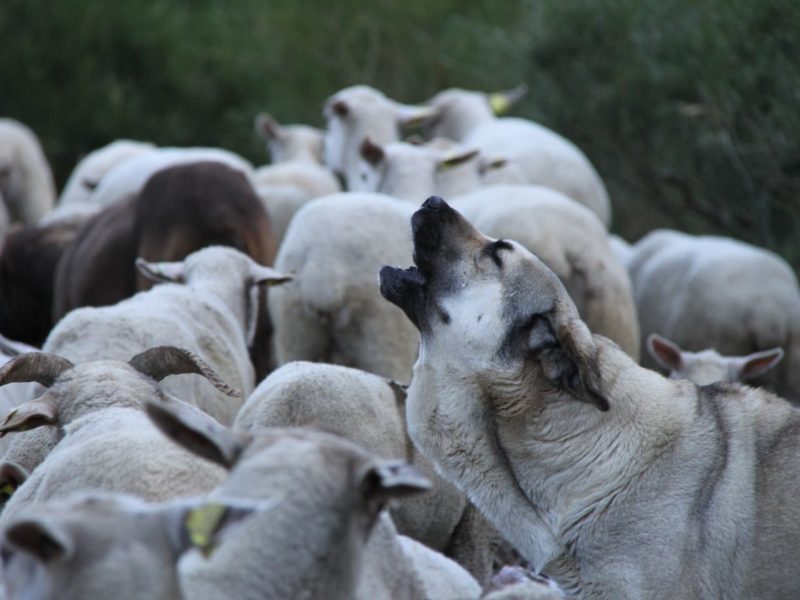 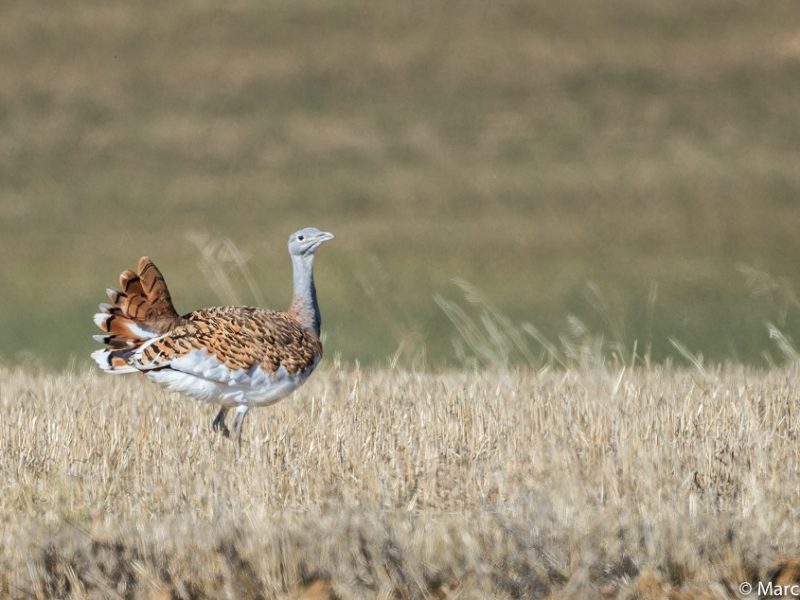 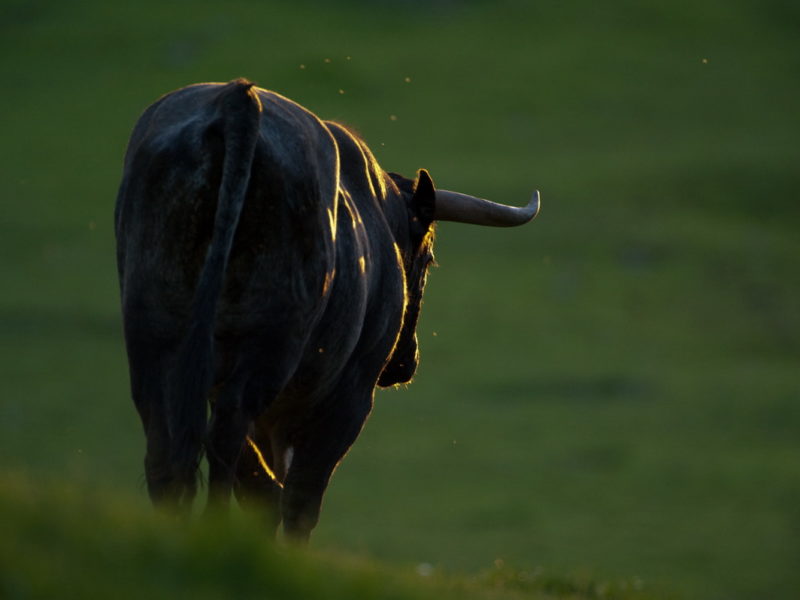 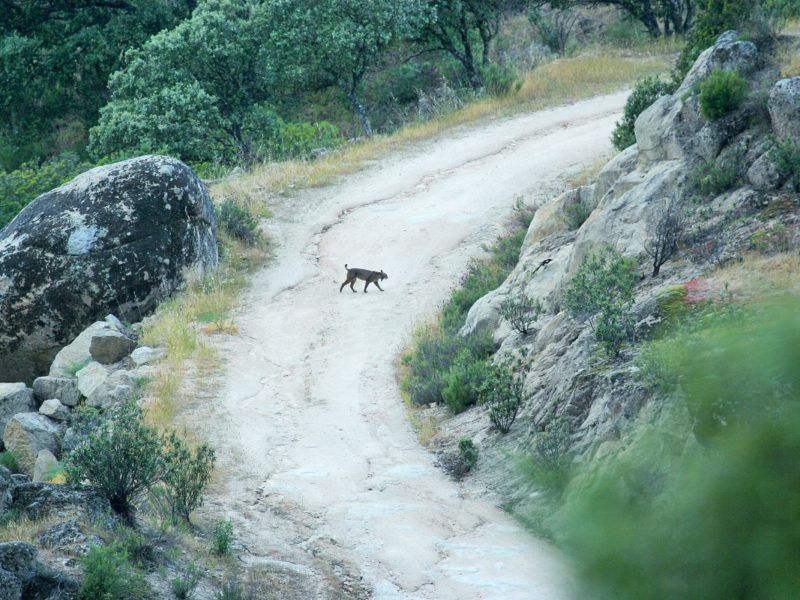 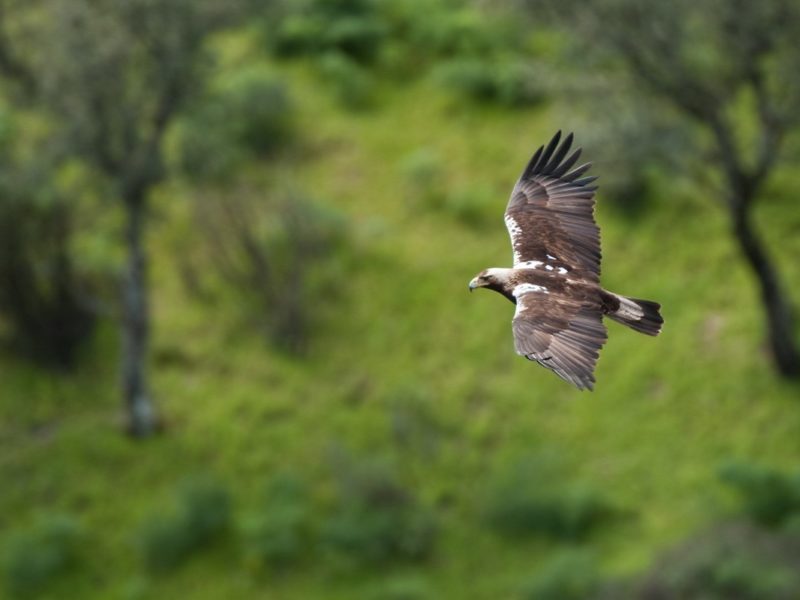 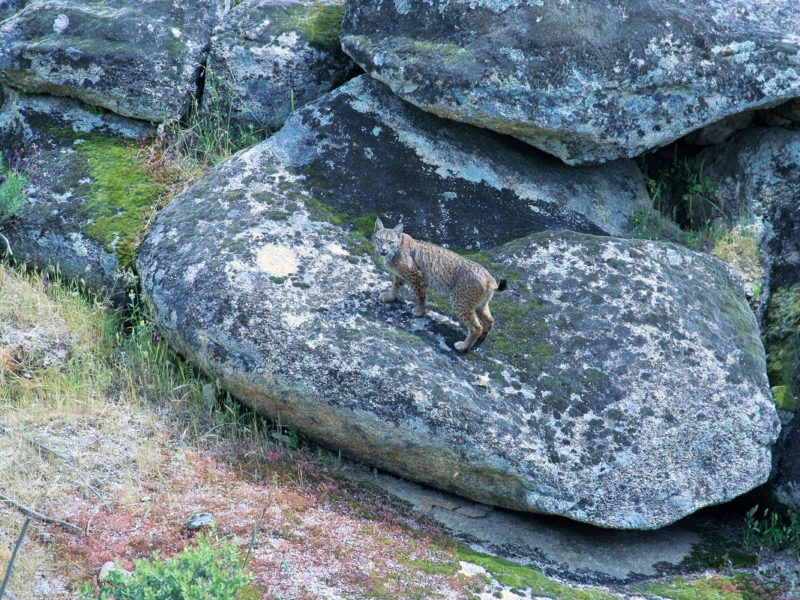 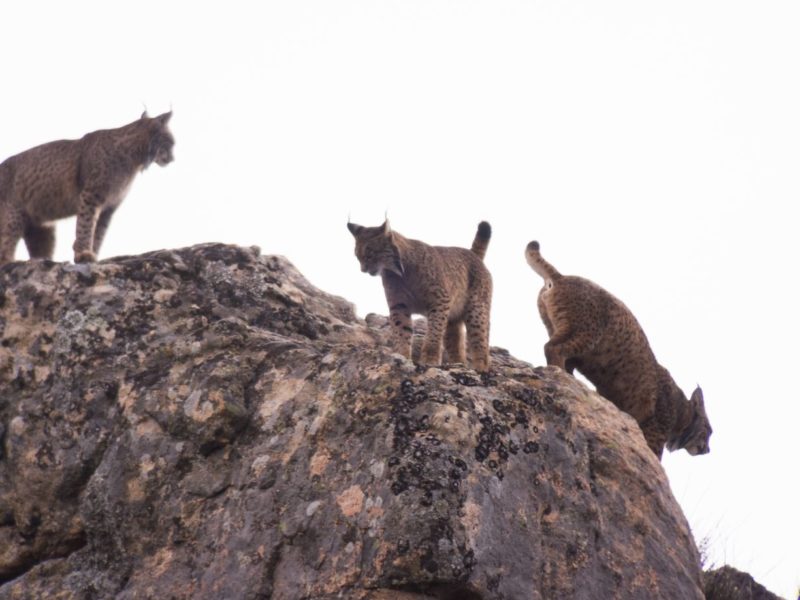 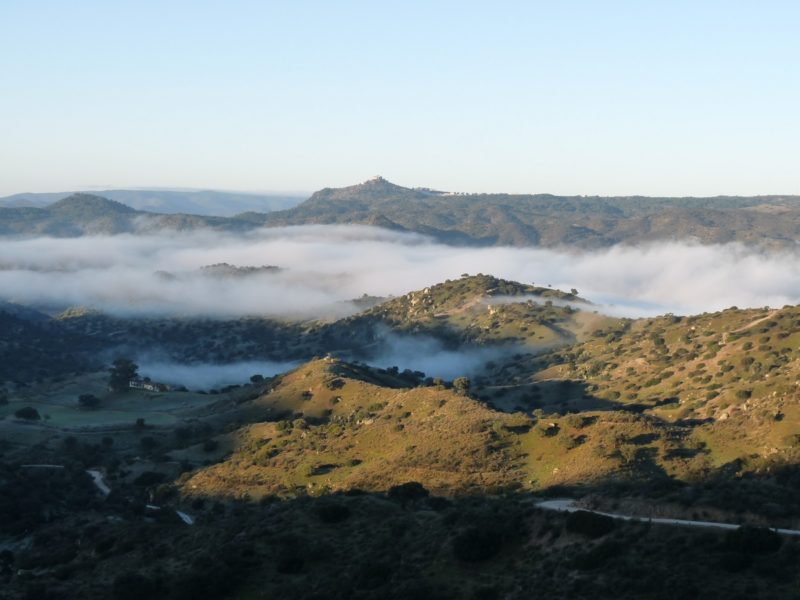 Iberian Lynx – facts and figures of the latest monitoring

A little over 400 Iberian Lynx (2015 monitoring figures) are left in the wild on the Iberian peninsula. The two known populations remain in Andujar and Cota Donana – a count of 176 Lynx in the former and 76 in the latter, 152 have been reintroduced into different areas. Plus there are 94 animals in various breeding centres. Rabbit numbers are low  as rabbit populations are affected by outbreaks of myxomatosis and recently a new and very deadly disease – rabbit haemorrhagic disease – has reduced the population of healthy rabbits. No rabbits equals no Lynx! Good news is that many of the reintroduced animals are not only surviving but breeding. The situation at present seems to be a stable, if not a slowly increasing, population but the future is still uncertain and anything but rosy. Much effort by individuals and organisations, including European Union funding,  has aided  this situation over the past few years. The breeding centres, the continuous introduction of rabbits in core areas of Lynx populations, road fences, bridges and tunnels have all contributed to survival of the Iberian Lynx. They have been saved from the brink of extinction – the position they were in at the end of the 1990s. The total population back then was just 86 individuals. Imagine that if Europe had lost one of its large carnivores due to neglect by humans – a travesty indeed.