A tour with a special focus on seeing the endangered Iberian Lynx in the wild. In December – January, the lynx are at their most active during daytime ( seeking a mate, calling.…) whereas later in the season they are less active and more nocturnal. We will enjoy the mild winter sunshine of Southern Spain whilst watching wildlife at a relaxed pace. 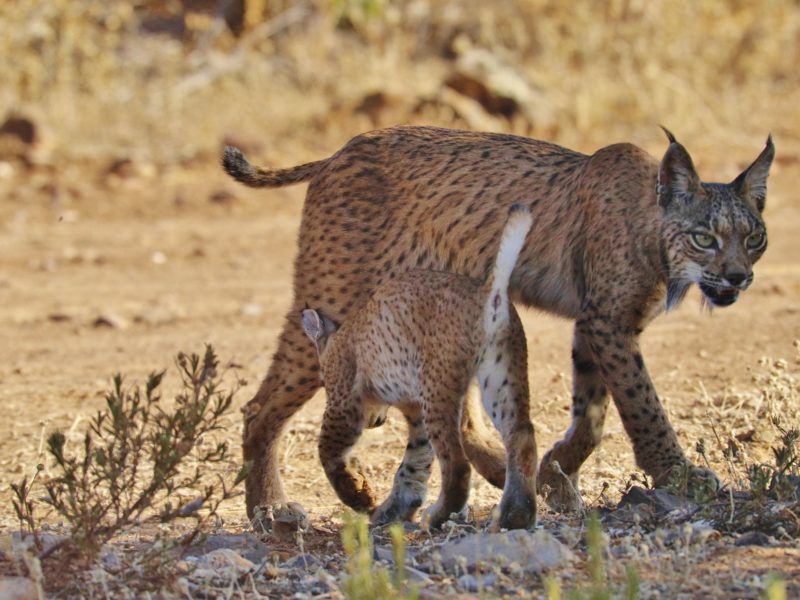 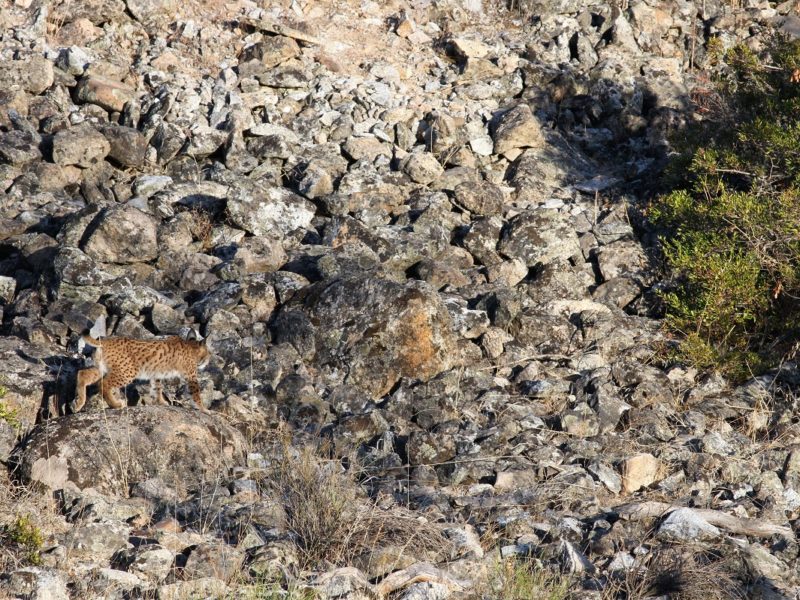 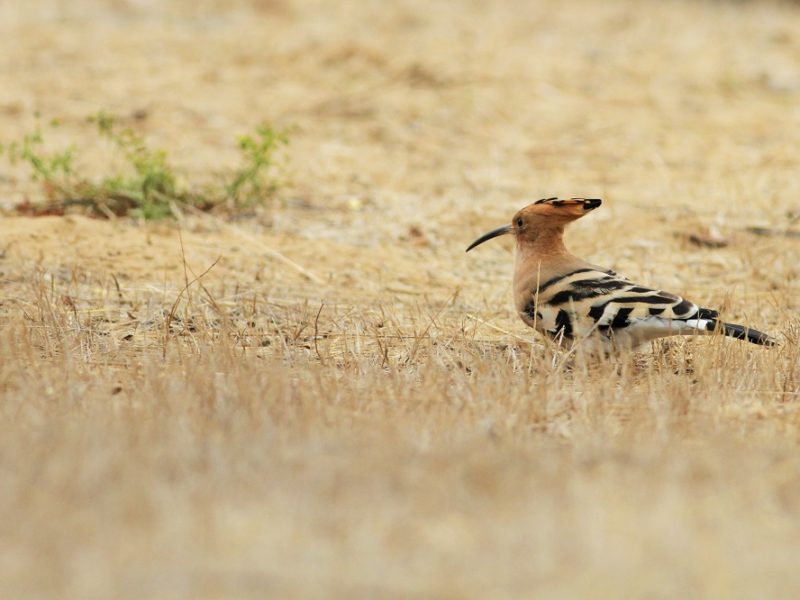 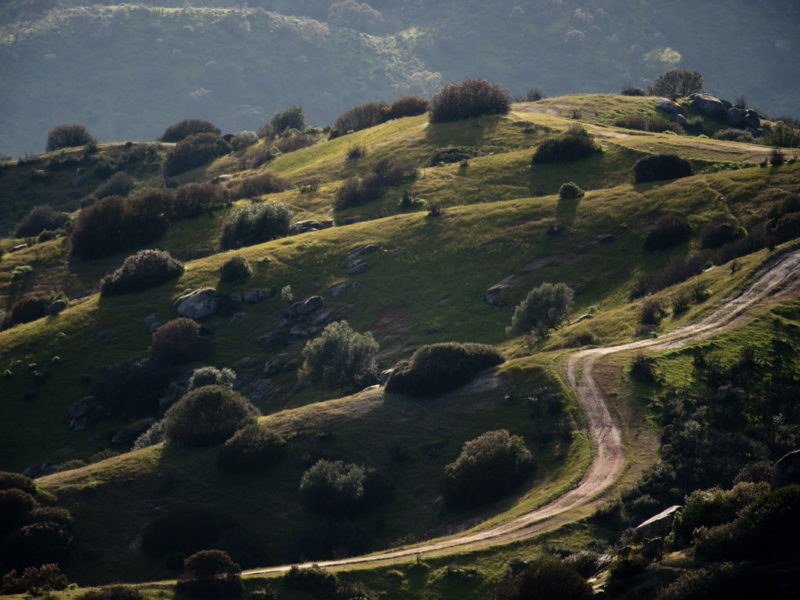 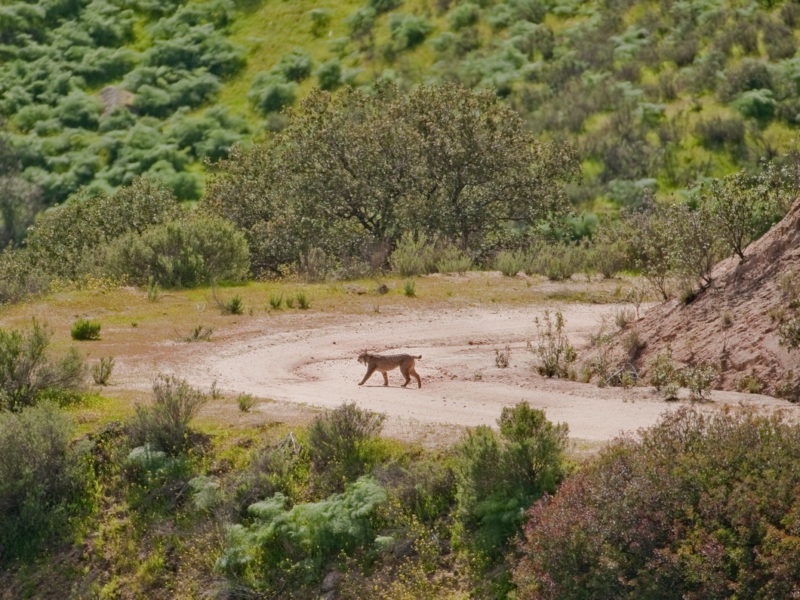 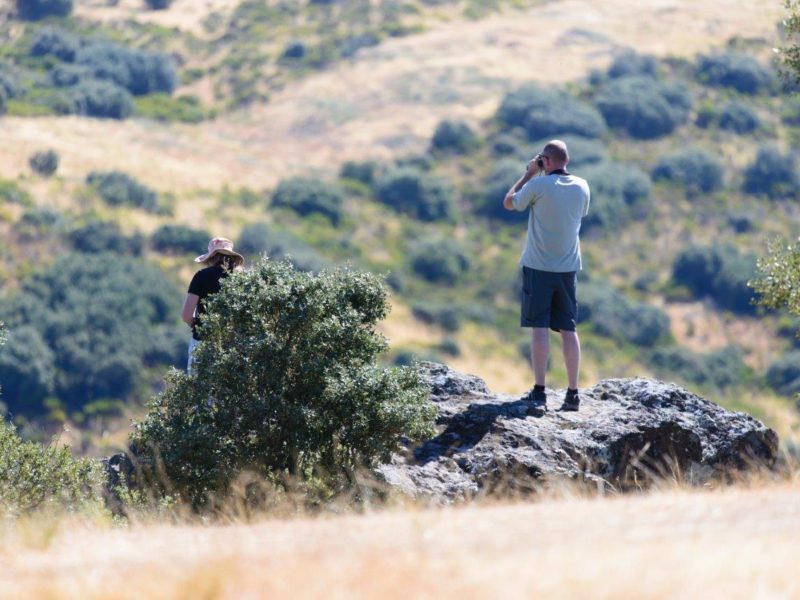 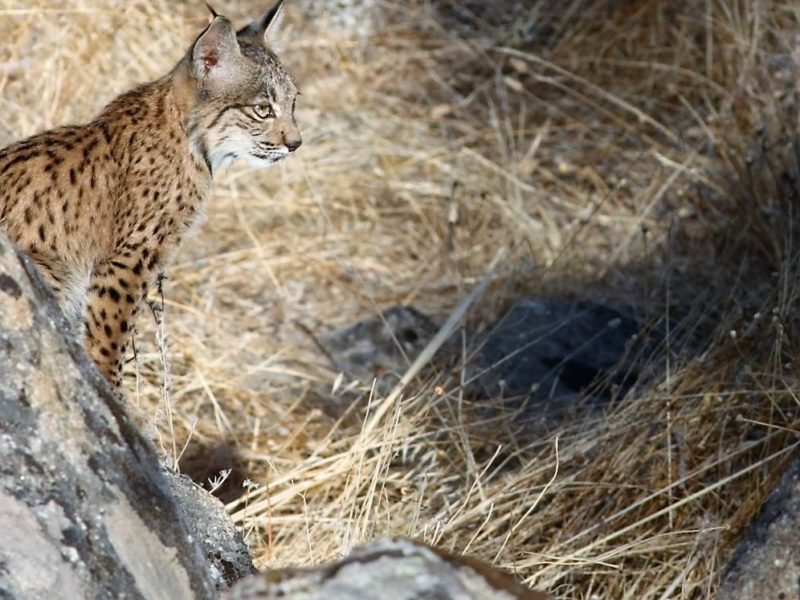 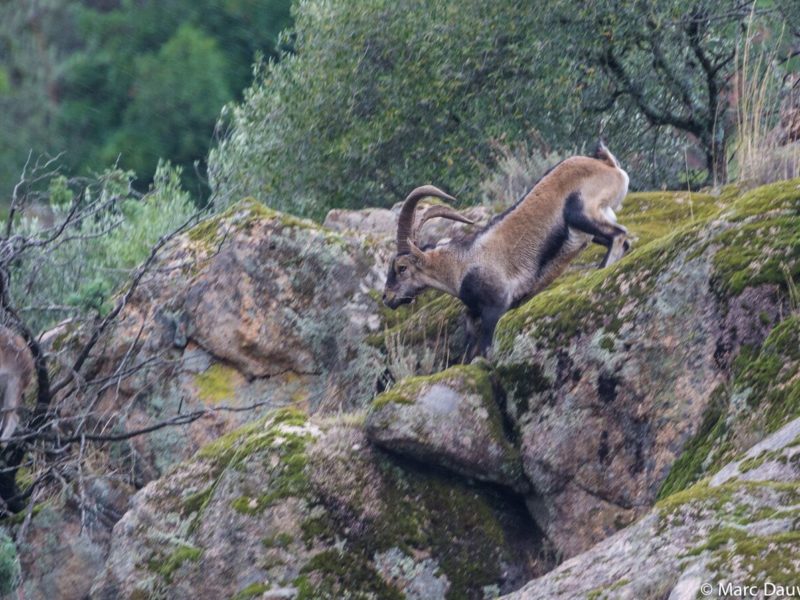 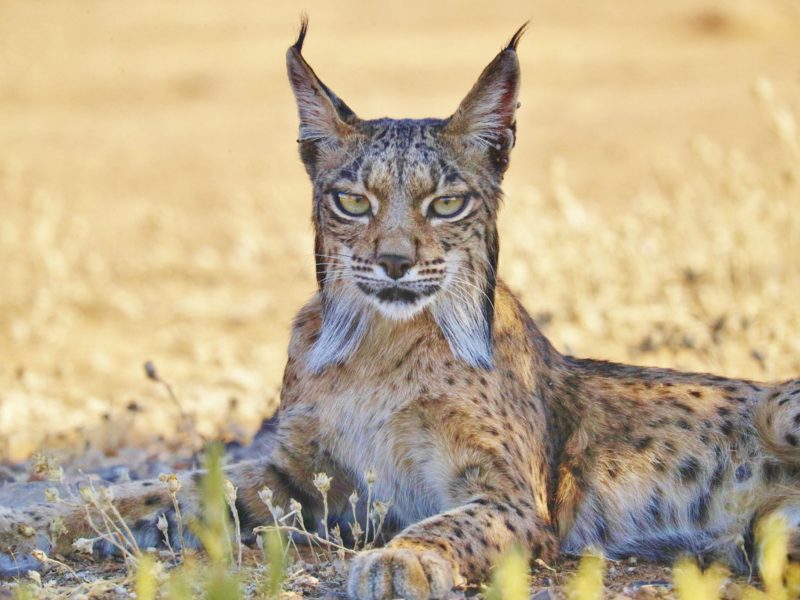 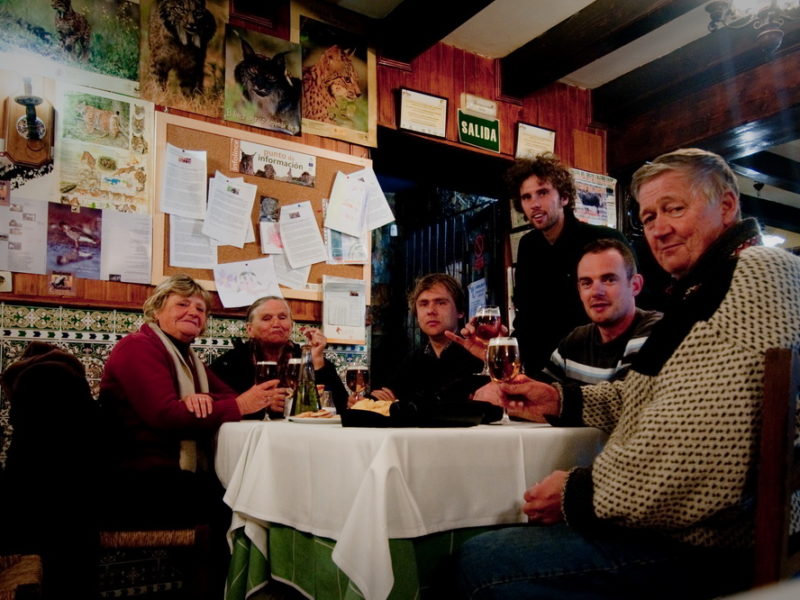 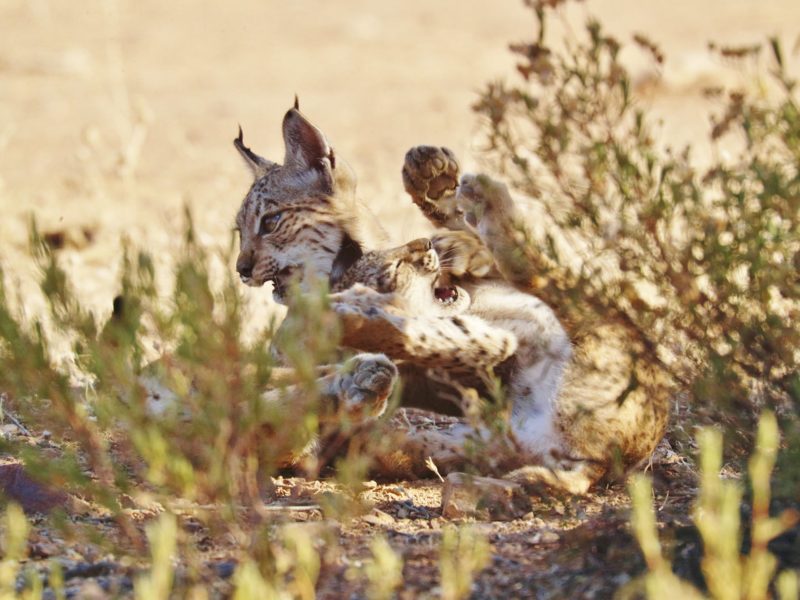 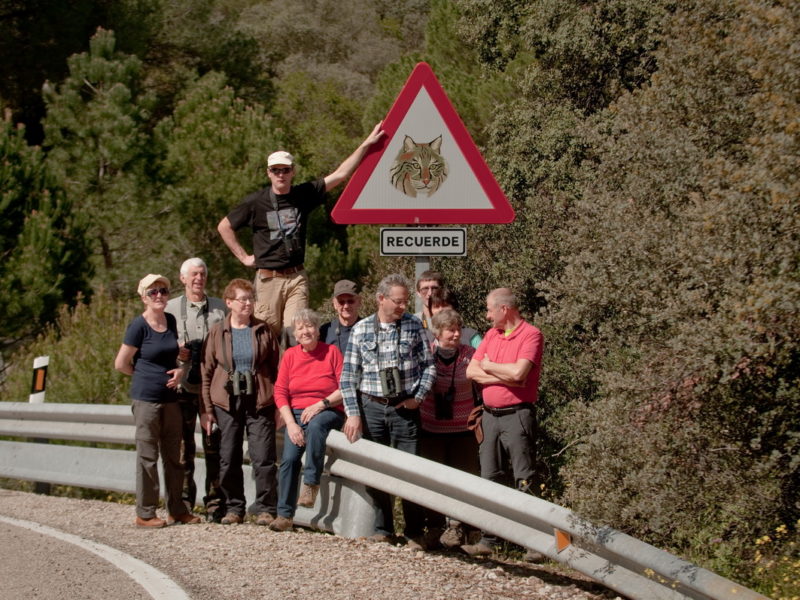 In terms of wild habitats this rugged terrain is one of Spain’s most beautiful and biodiverse sierras. Besides hosting the largest Iberian Lynx population in Spain, the area is well known for high numbers of Red and Fallow Deer. Also Mouflon, Otter, Iberian Ibex and Wild Boar are regulary seen. Badgers, Genets and Polecats are also present but elusive and mainly nocturnal and so we would be very lucky indeed to come across any of those. Birds seen here during winter include: Griffon and Black Vultures, Golden Eagle, Spanish Imperial Eagle, Azure-winged Magpie, Iberian Green Woodpecker, Blue Rock Thrush, Dartford Warbler, Firecrest, Crested Tit and Cirl Bunting.

In general, views of Lynx are made from mid to long range so telescopes are required for the best views and to observe the natural behaviour of the Lynx without disturbing them.  Although, being a very exciting and intense experience to see a Lynx, patience is required whilst scanning the terrain. The tour will include exclusive access to a private estate that has a population of lynx that live in the Sierra Morena. We will scan for lynx from vantage points within the boundaries of the private property right in the middle of the mountains. Hide photography is possible here too. Overnight we will stay in very nice and comfortable local hotels. 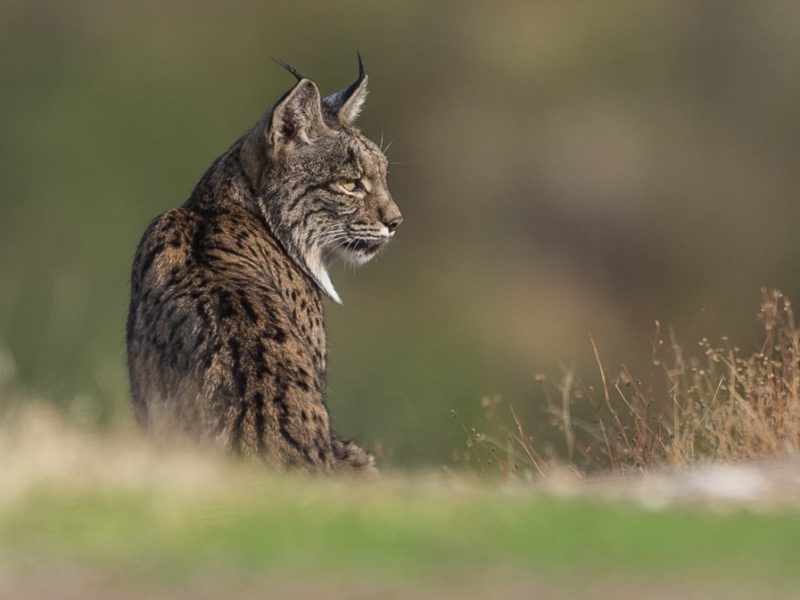 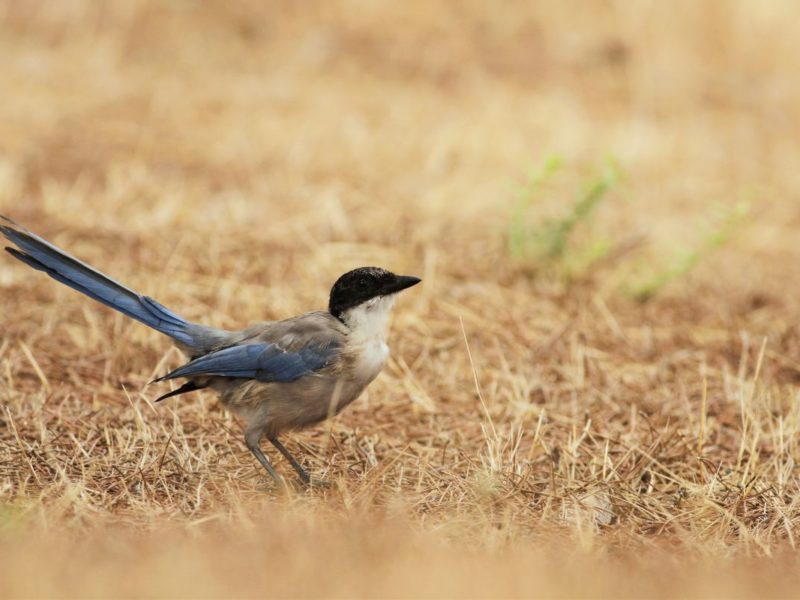 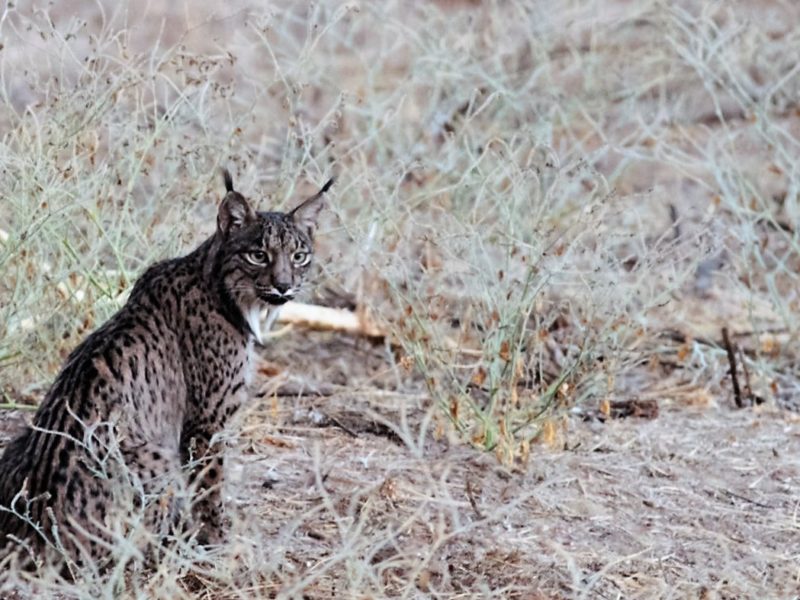 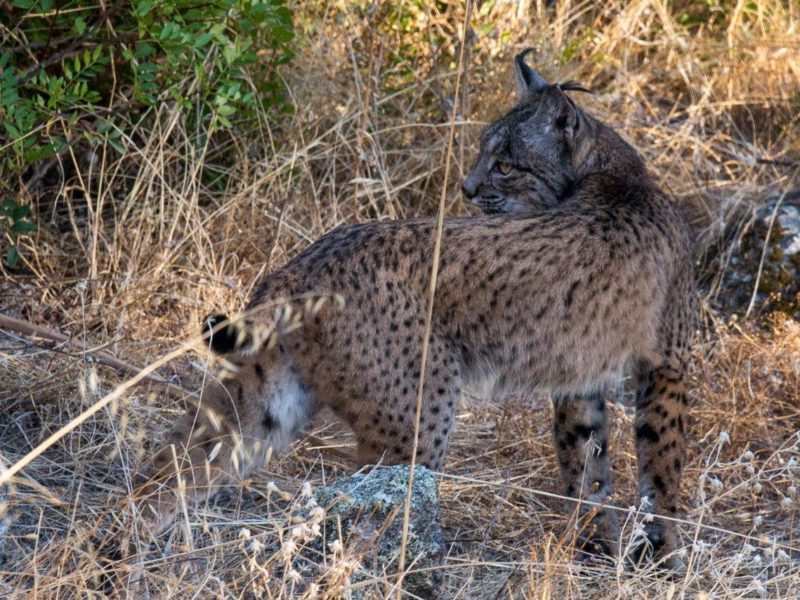 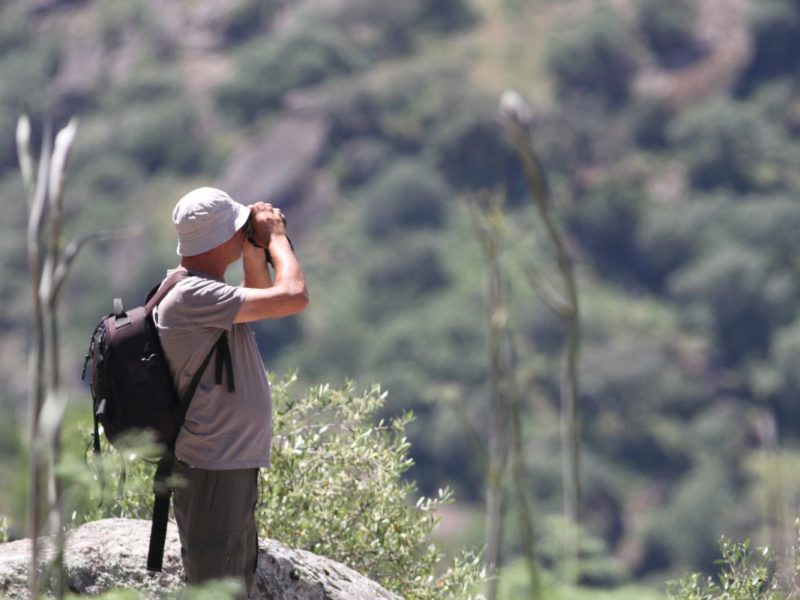 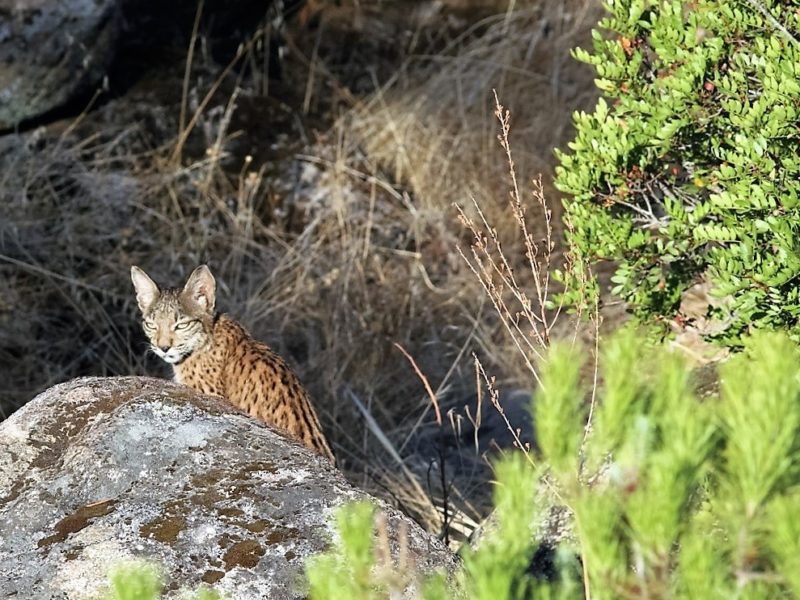 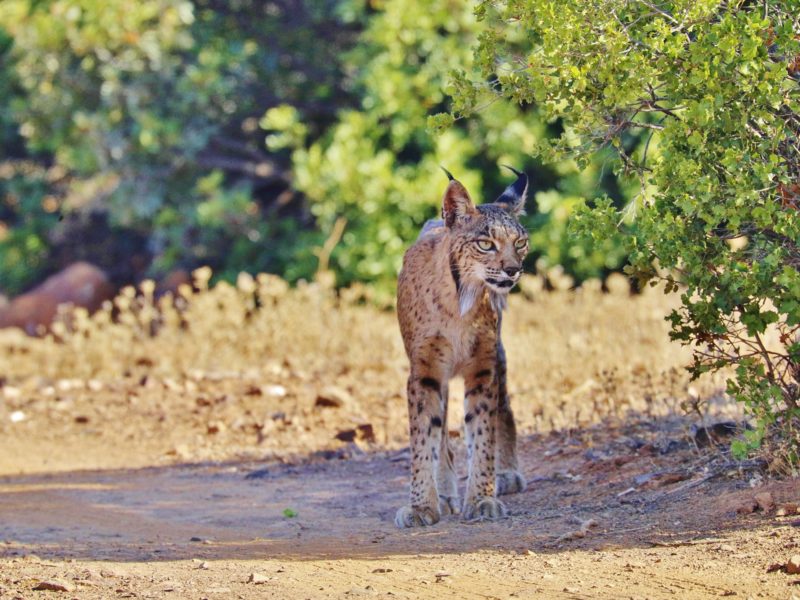 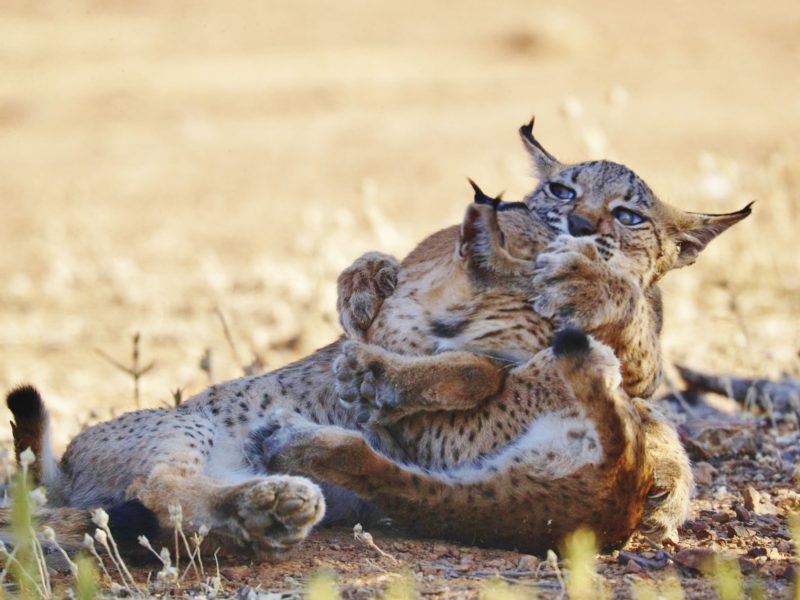 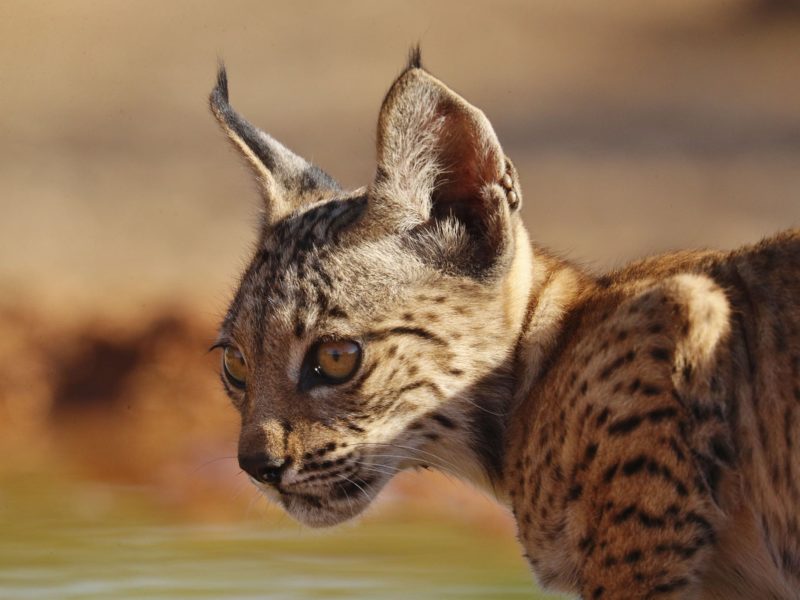 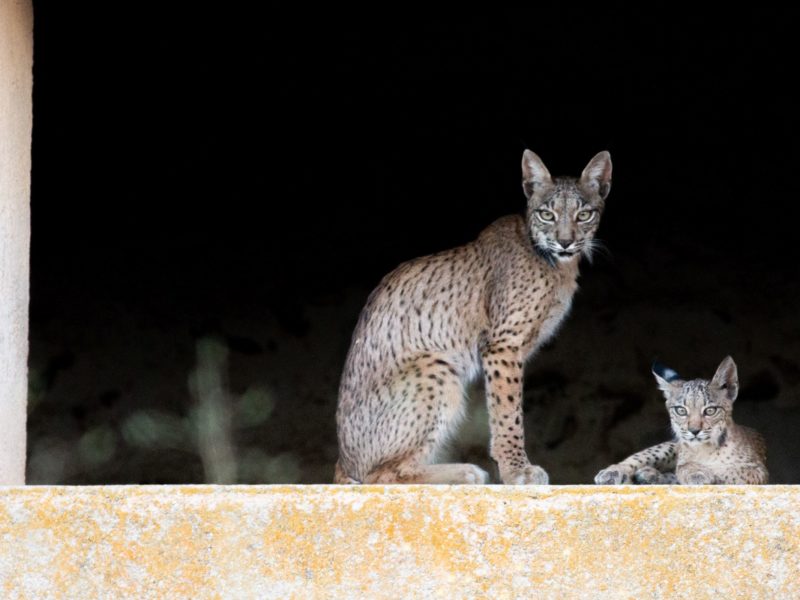 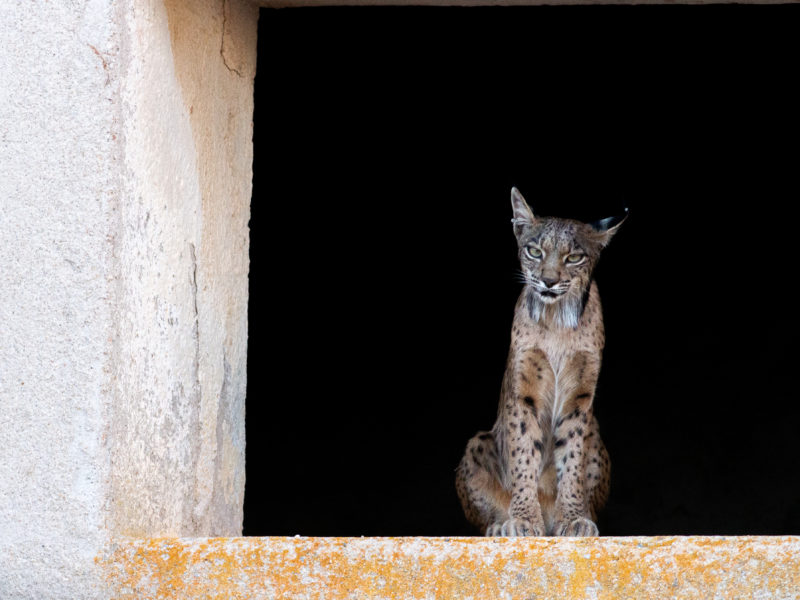 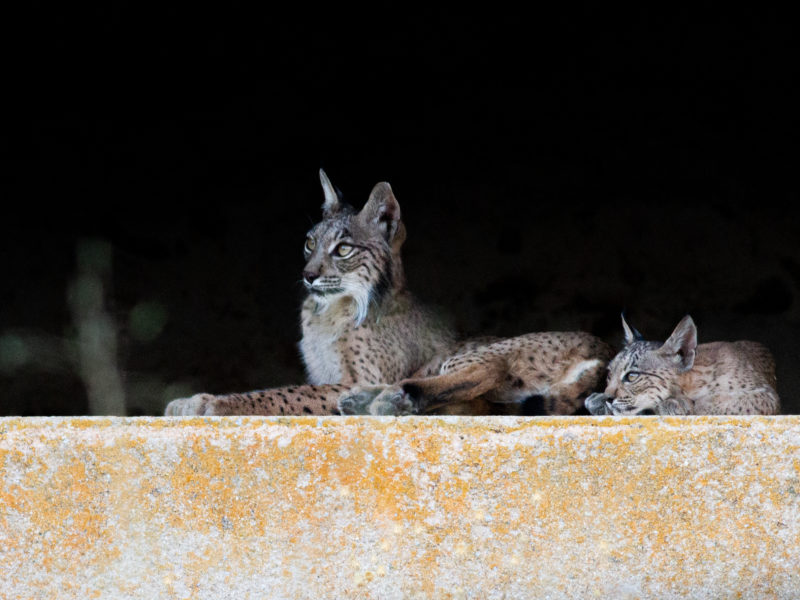 Iberian Lynx – facts and figures from the latest monitoring

A little over 400 Iberian Lynx (2015 monitoring figures) are left in the wild on the Iberian peninsula. The two known populations remain in Andujar and Cota Donana – a count of 176 Lynx in the former and 76 in the latter, 152 have been reintroduced into different areas. Plus there are 94 animals in various breeding centres. About half of these captive animals will be used for further reintroductions. Andujar and Donana are still their two main strongholds. Within both these remaining strongholds everything is being done to help ensure the long term survival of the Lynx. This ranges from stabilising their main food source to building structures that help Lynx cross busy roads safely. In Andujar (Sierra Morena) it’s all about boosting their main prey item – the rabbit – through captive breeding programmes in specific breeding centres. Bred rabbits are then released in the areas where the Lynx are. To help further the construction of artificial rabbit warrens also takes place on private land owned by the big landowners of the region. Although Lynx will take rodents and birds it’s known that rabbits are the prime food source and increasing the supply of rabbits is the number one aid to their continued survival. To remain fit and healthy, and for successfull breeding, a Lynx needs to eat at least one rabbit per day. In the absence of rabbits Lynx do not reproduce, they often leave their territories in search of a better food supply or they die of starvation. Too summarise: providing a healthy rabbit population is one of the most important measures that can be undertaken, not only in Andujar, but also elsewhere in Iberia to help Lynx survive and colonise new areas. 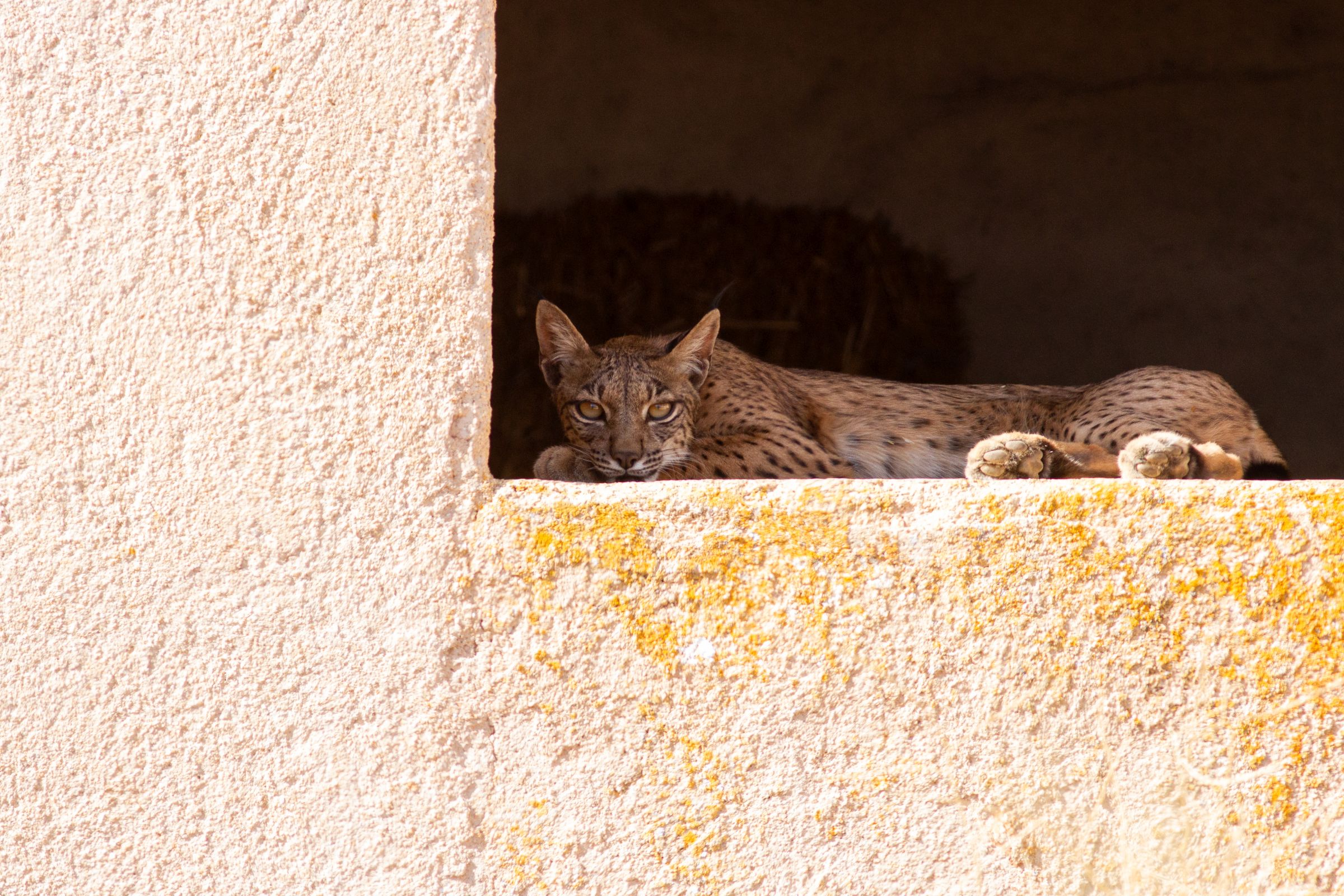