From early spring female Cantabrian Brown Bears with cubs leave their dens in the heart of the forest to feed on grasses in sub-alpine meadows and scrubby, hilly slopes. In  early May the male bears also gather near these foraging places to compete with each other for the chance to mate with the females. These gatherings offer us a great opportunity for viewing one of the most elusive and rare mammals in Spain, particularly during the first and last hours of the day. So, a great chance to watch the natural behaviour of Brown Bears in some of the most wild and beautiful corners of the Cantabrian mountains. 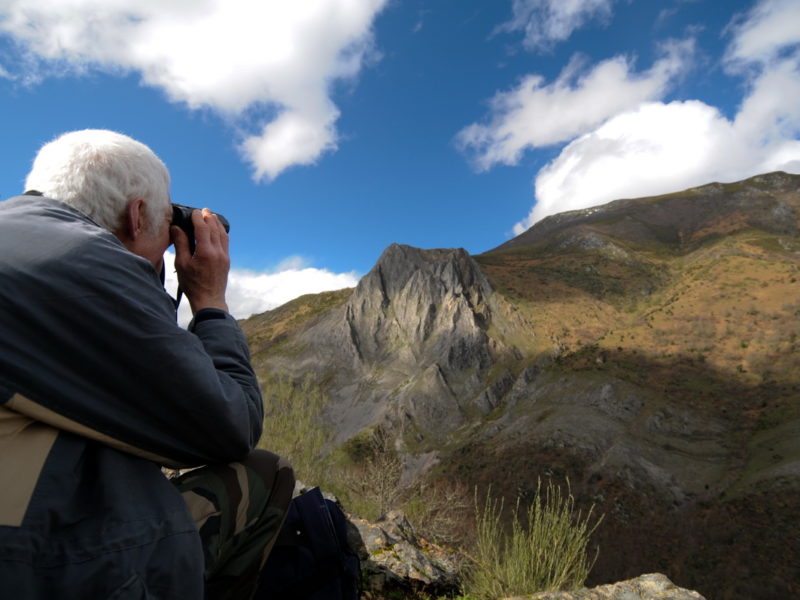 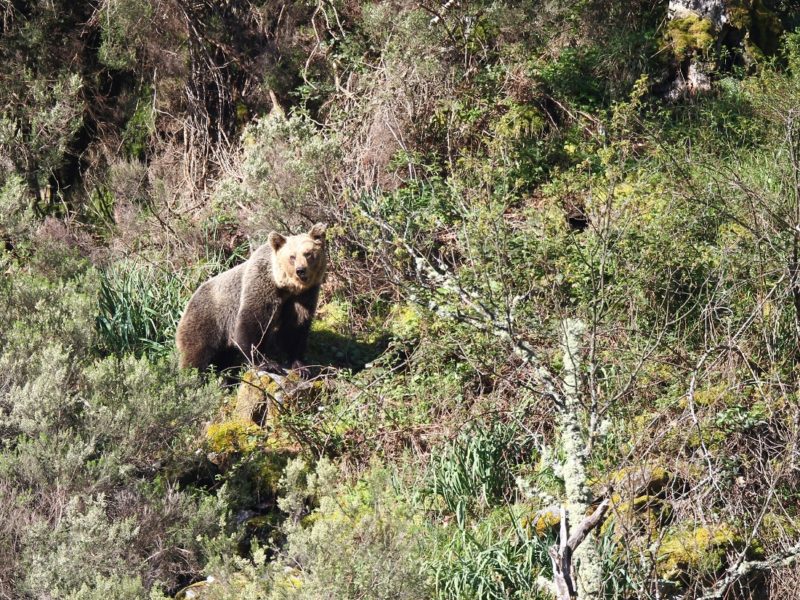 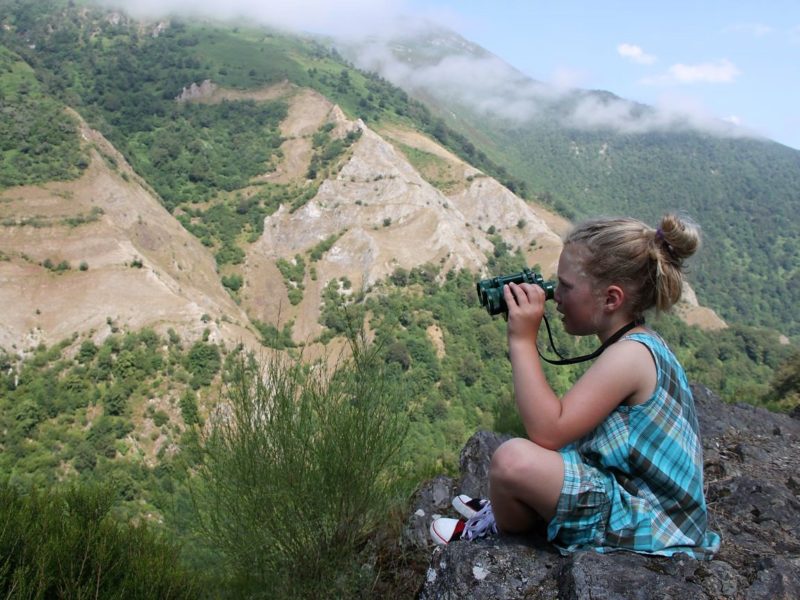 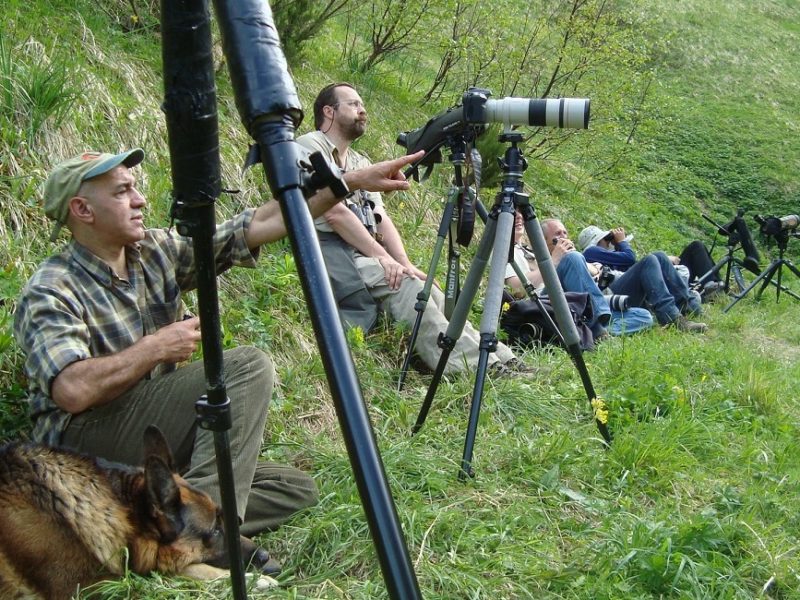 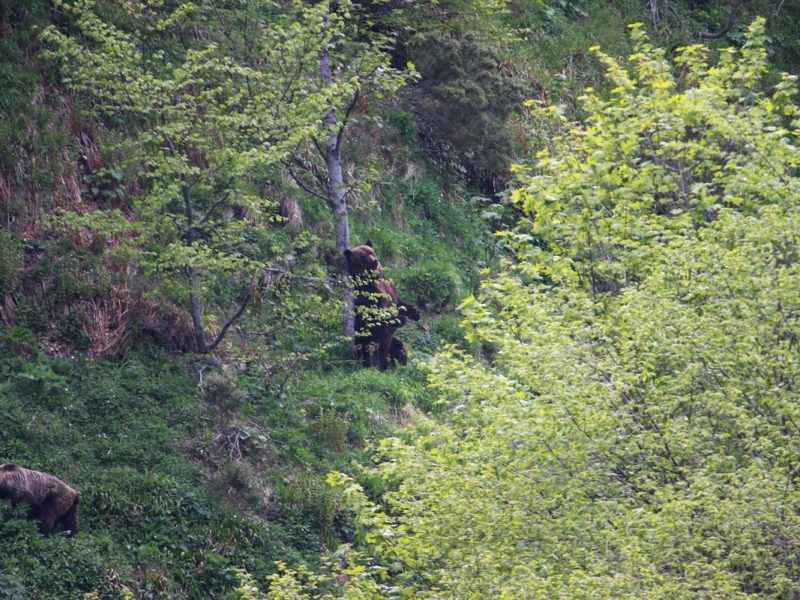 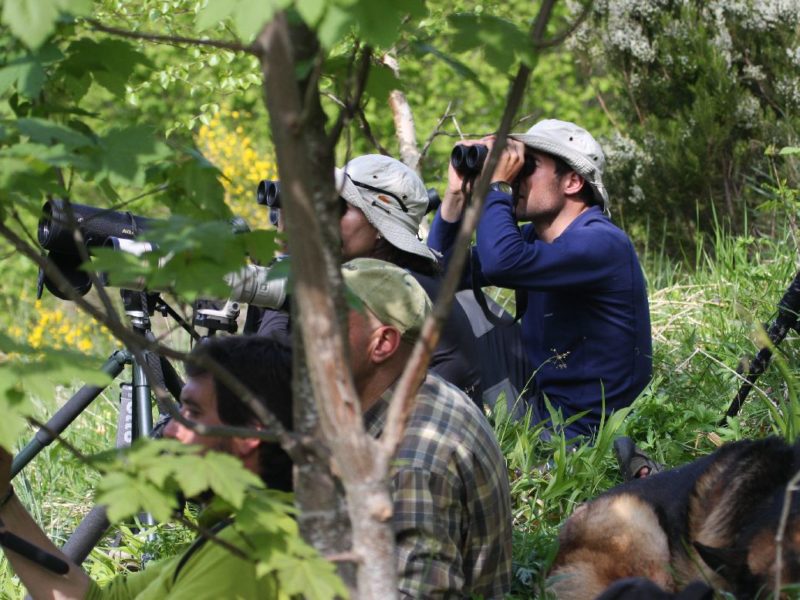 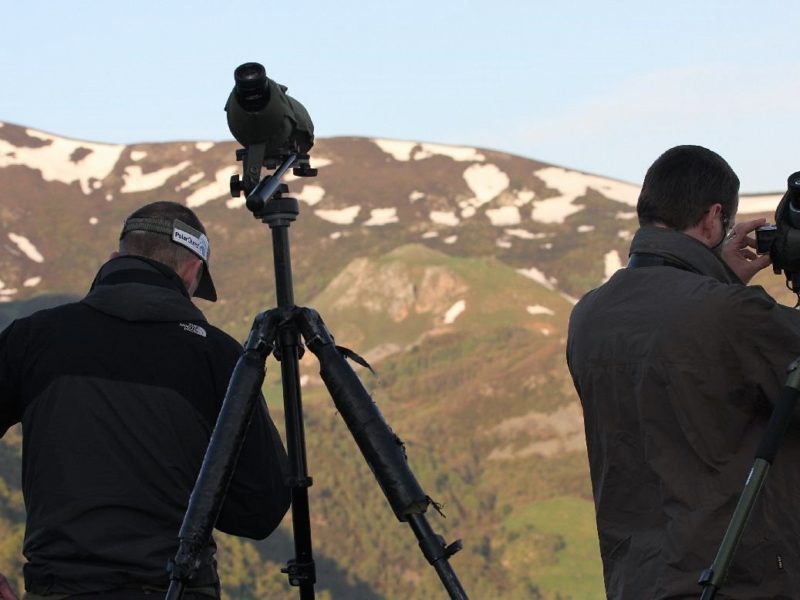 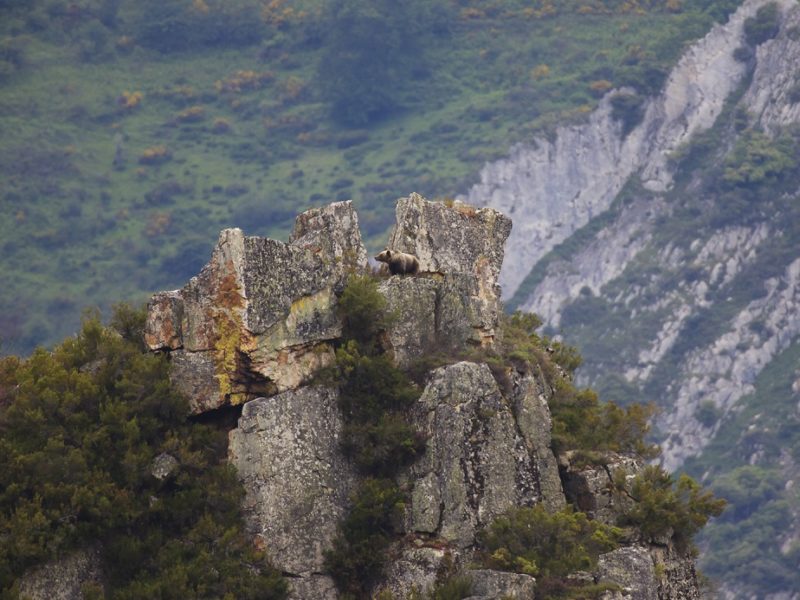 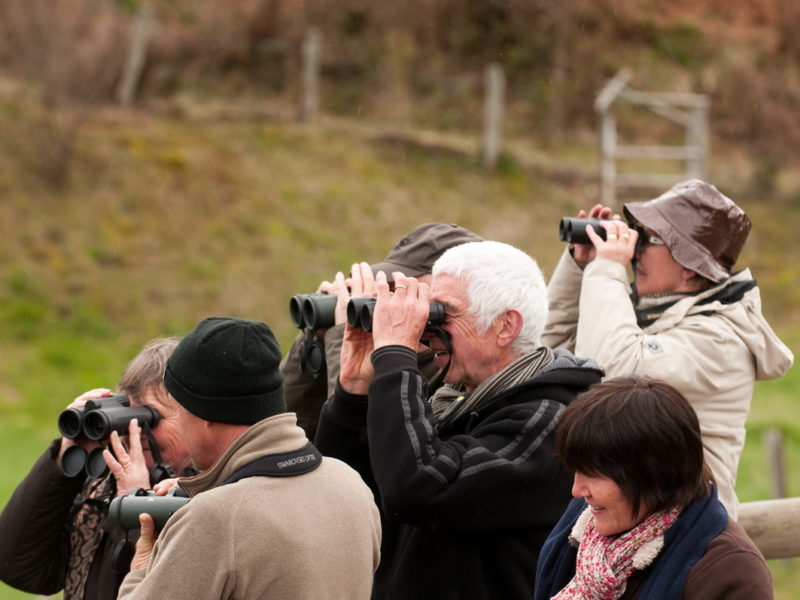 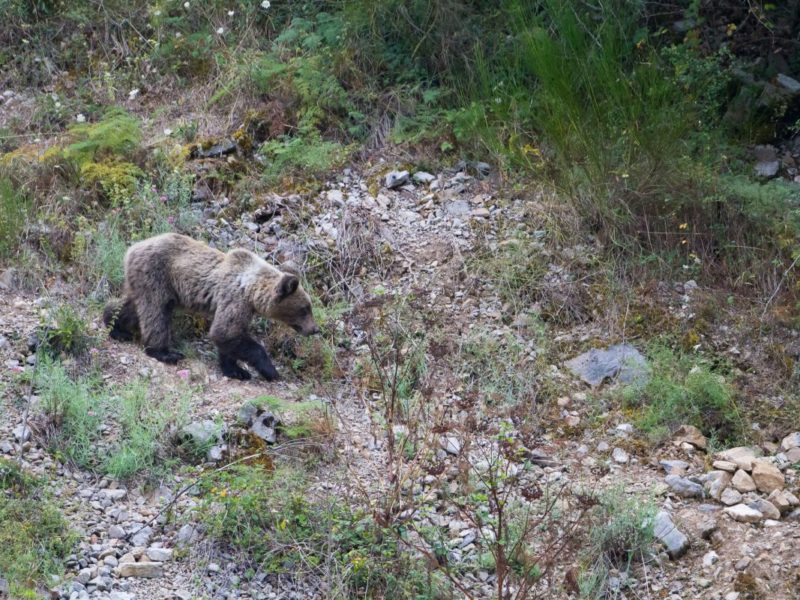 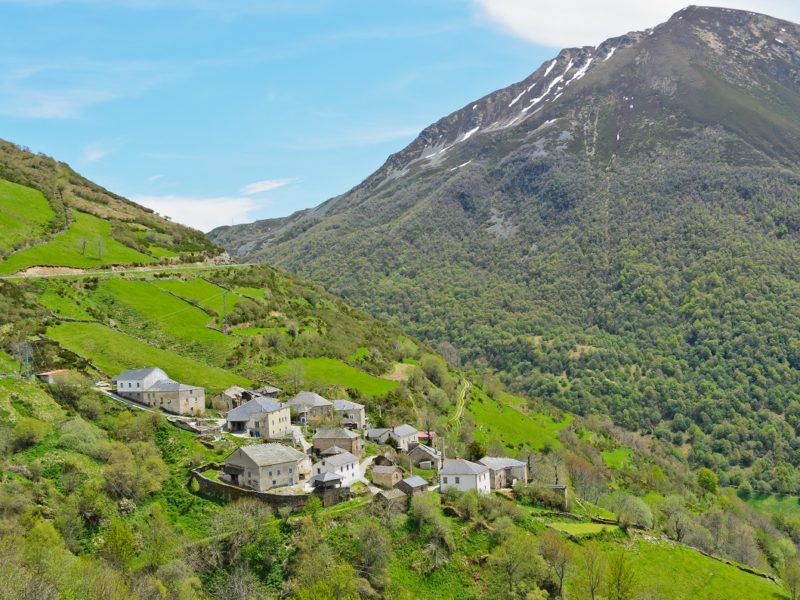 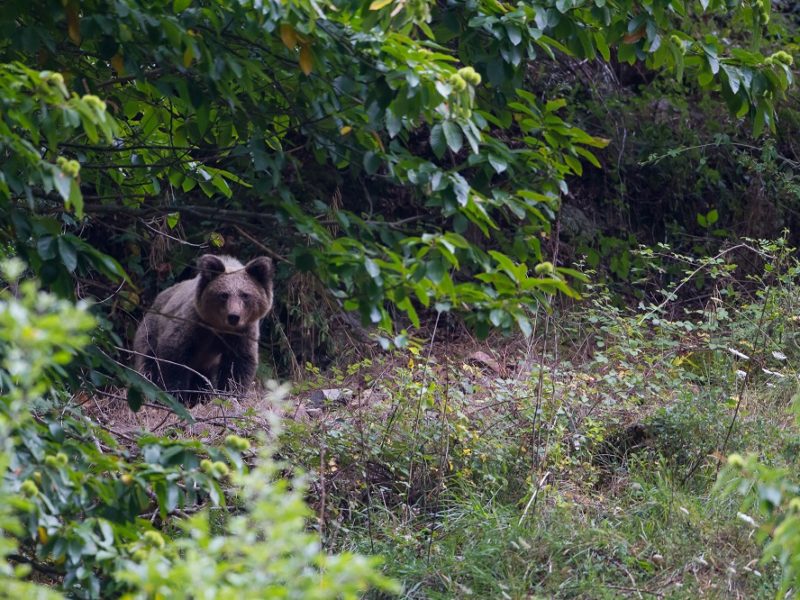 A lot more to see in this high biodiverse area

While waiting and scanning for bears, opportunities are there to look for other interesting mammals such as Cantabrian Chamois, Wild Boar, Pine Marten and Wildcat. The area also holds Otter, Wolf and Pyrenean Desman but these are quite rare and very elusive and so would indeed be fortunate to see any of these species. The mountains are an excellent area for birds and we will also be keeping a sharp lookout for a variety of species. Heading to the Cantabria region from Madrid a stop over will be made at a site near the lagoons of Villafafila as this is another good place for some birdwatching. Our birdwatching opportunities should result in the following species: Great and Little Bustards, Black-bellied Sandgrouse, Black-shouldered Kite, Egyptian, Black and Griffon Vultures, Black Stork, Golden, Booted and Short-toed Eagles, Little Owl, Bee-eater, Gull-billed Tern, Black-winged Stilt, Rock Sparrow and much more besides.

In general, views of bears are made from mid to long range so telescopes are required for the best views and to observe the natural behavior of bears without disturbing them.  Although, being a very exciting and intense experience to see a bear, patience is required whilst scanning the terrain. Overnight we will stay in very nice and comfortable local hotels. 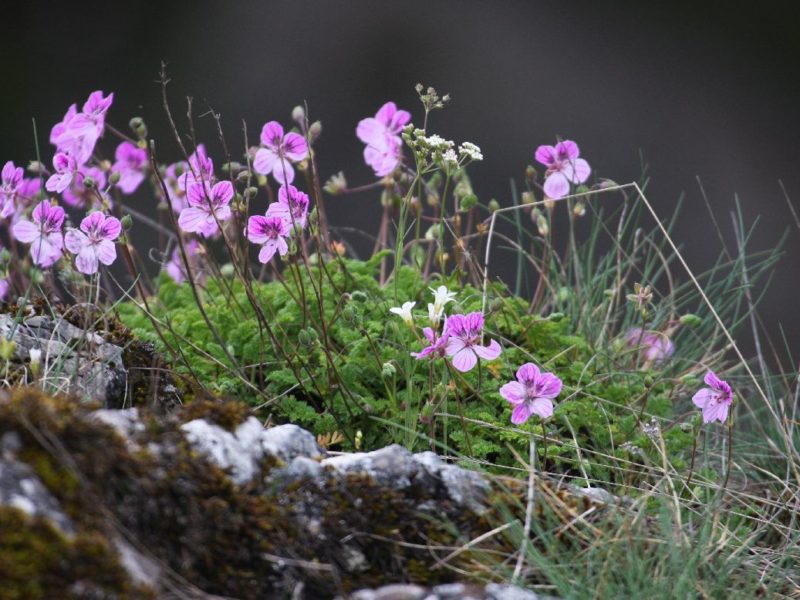 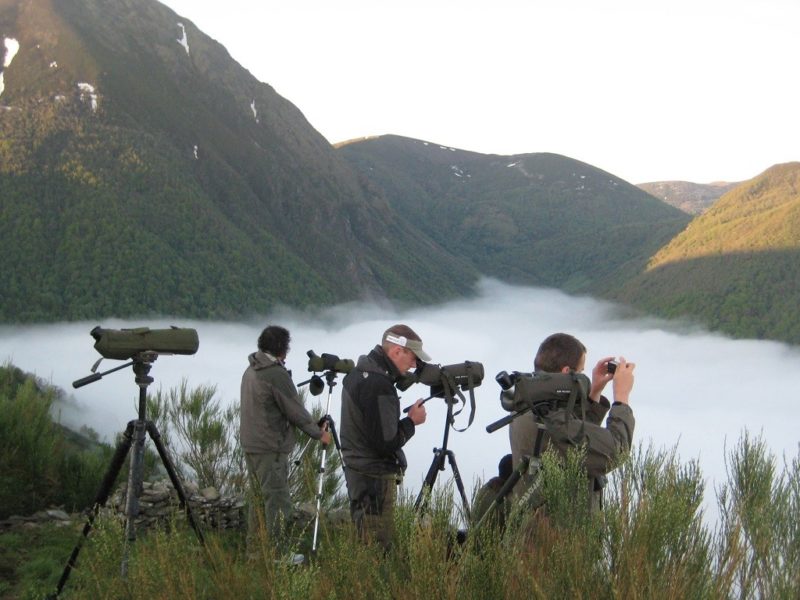 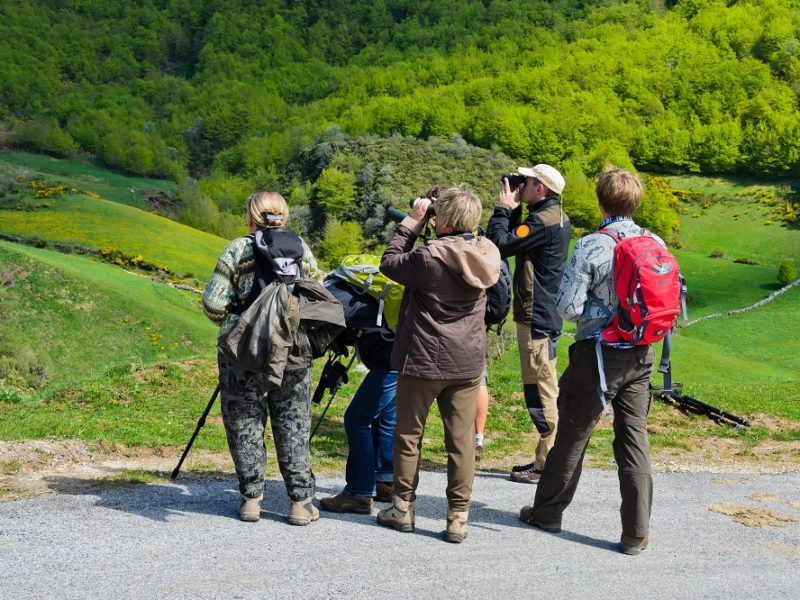 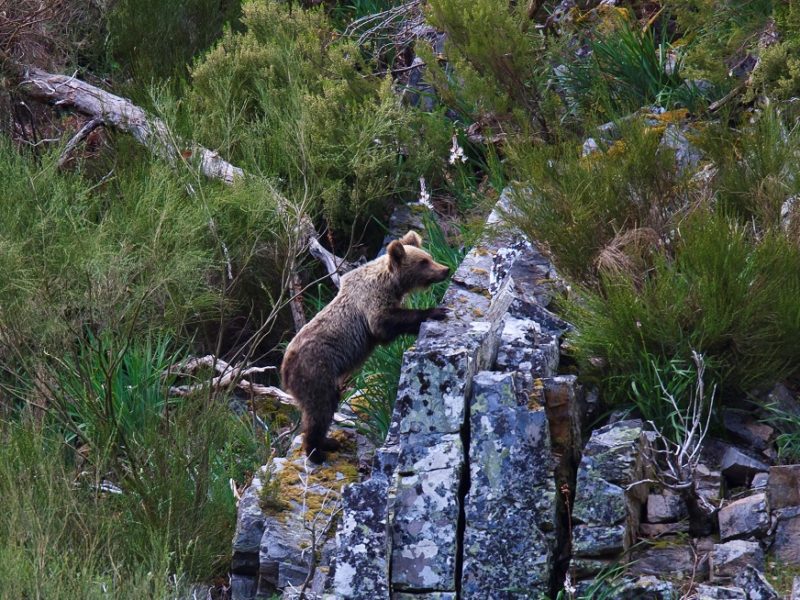 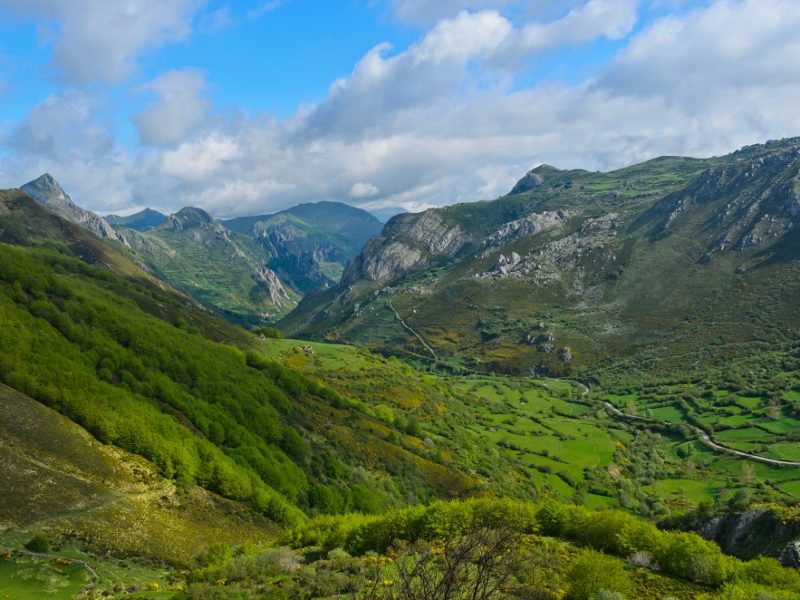 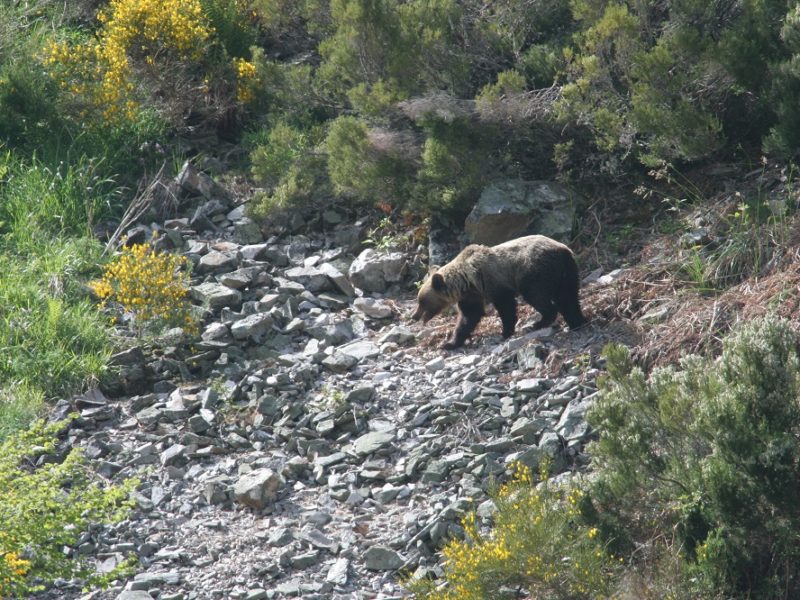 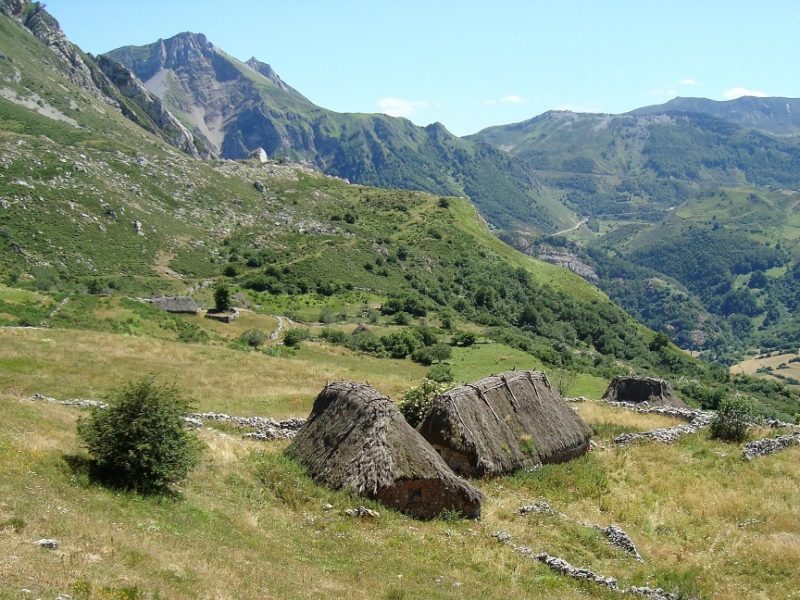 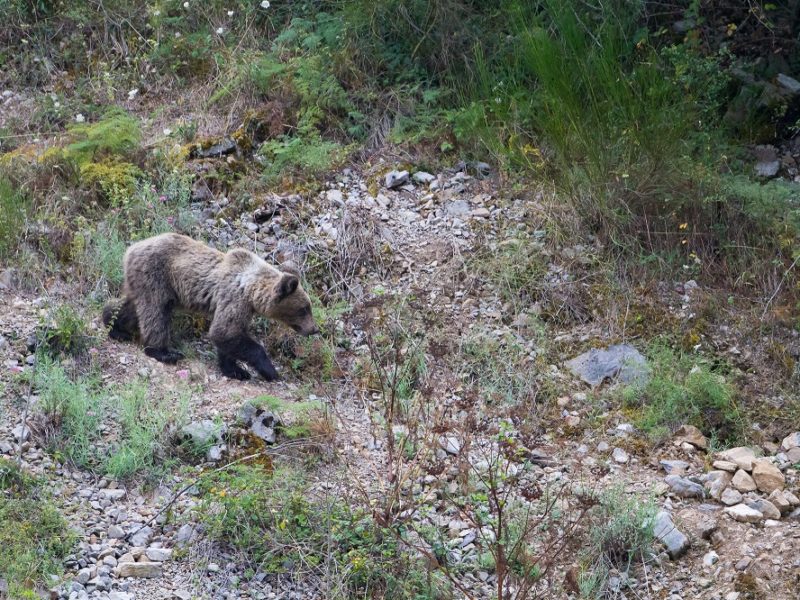 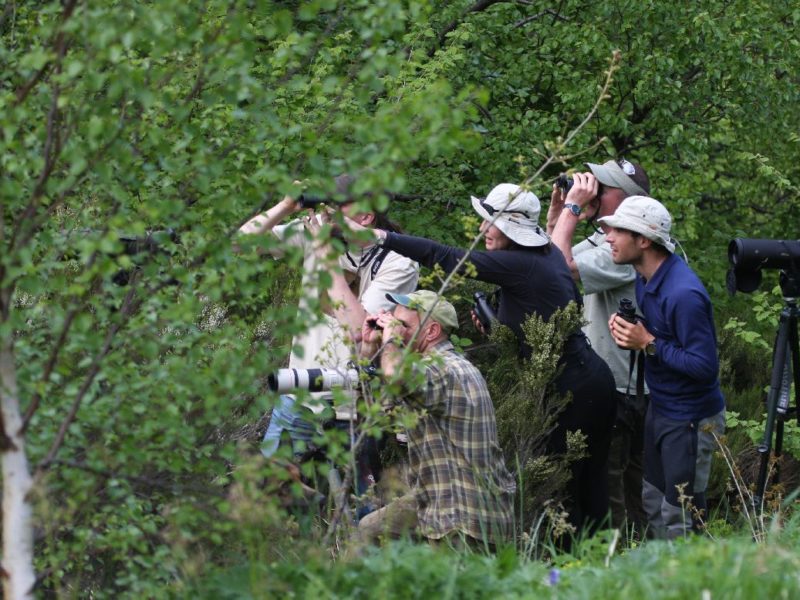 The existence of Cantabrian Brown Bears in Spain is not widely known internationally. Due to the geography of the Iberian peninsula, these herbivores have developed a slightly different genetic identity compared to other Brown Bears, including those found in other parts of Europe. With an average weight (130kg – females / 180kg – males) and measurements (1.6m–2m in length / 0.90m-1m in height), the Cantabrian Brown Bear is the smallest of the Brown Bear family. However, they are not recognised scientificly as a distinct species. So, their Latin name is simply like all other brown bears occuring in Europe: Ursus arctos. It is however listed as an endangered species.

In the past Cantabrian Brown Bears were seen by man to be a competitor for food, a livestock killer and an animal to be killed for sport. Systematic persecution through hunting resulted in a drastic decline of the bear. Fortunately, a total ban on killing the bears came into force in 1973. Having once roamed most of the mountains of the Iberian peninsular, the Cantabrian Brown Bear population was reduced in the first half of the twentieth century to two isolated pockets in the mountains of the Cordillera Cantábrica. Nowadays, an estimated number of 225 individuals are split into a western (185 individuals) and eastern (40 individuals) population. Until recenly both populations were separated by the Oviedo–Leon highway. Fortunately, a bear friendly eco-duct has recently been built across the highway which now means these once separate populations are now connected. This, it is hoped will strenghten the bear gene pool as the populations can now inter-mingle and may also result in a increasing population. This has come about by the conservation efforts of the local NGO Fundacion Oso Pardo (FOP).