Biology of the Saimaa ringed seal

The Saimaa Ringed Seal is a mammal that has adapted well to living in water. It can remain under the water for over 20 minutes, though submersion usually lasts only 3-8 minutes. All in all, it spends 60- 80 per cent of its life underwater. Towards the end of February, the Saimaa Ringed Seal gives birth in a lair, dug into a snowdrift, to a five-kilo pup covered with woolly hair. The seal mother suckles the pup, and by the end of April the pup weighs around 20 kilos. The pup is weaned at the time when the ice thaws in lakes, and it learns to fish for its own food. The seal reaches sexual maturity at the age of 4-5 years. It is only capable of giving birth to one pup a year, though this does not necessarily happen every year. Thus the population of seals grows slowly, even though no other animal preys on it. Their average life expectancy is something over 20 years. A grown-up seal weighs 50-90 kilos, depending on the time of the year, and is about 140 cm long. In winter when it is dark and the visibility under the ice is poor, the seal finds the route to its winter lair as well as the breathing holes that it keeps open in the ice by means of its whiskers. The sense of touch, transmitted through the whiskers, is the most critical sense for the seal when swimming and pursuing fish in the dark waters of Saimaa lake. 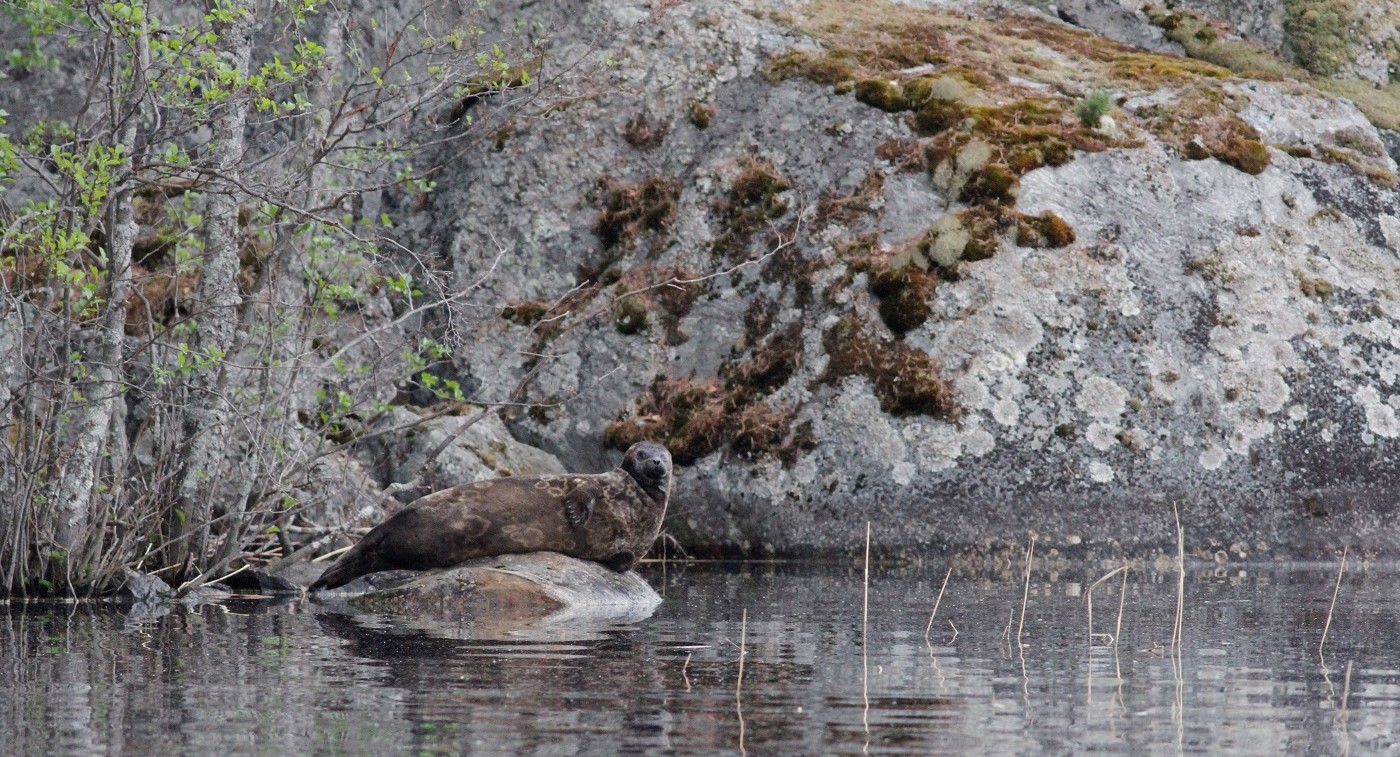 Emblem of the Finnish Association for Nature Conservation

In the early 20th century, Saimaa Ringed Seals were regarded as a pest. Until 1948, a bounty was paid for killing them. But, as is often the case when culling a species their total numbers dropped dramatically. Then in 1955 because of its low population the Saimaa Ringed Seal was protected from hunting by law. However, regardless of the protected status the seal population continued declining. A survey in the early 1980s estimated that only 180 seals in the Saimaa lake district were left.

Worst threats to the seals include:

To counter some of the threats in national parks and other conservation areas restrictions on landing on shores as well as other restrictions on access have been imposed. The habitat requirements of the seal are also taken into consideration in land-use planning, and forms of fishing that threaten the seals have been restricted. In order to protect the seals from extinction it is essential to prevent them from getting entangled in fishing tackle and to safeguard peace in their breeding grounds between December and April. 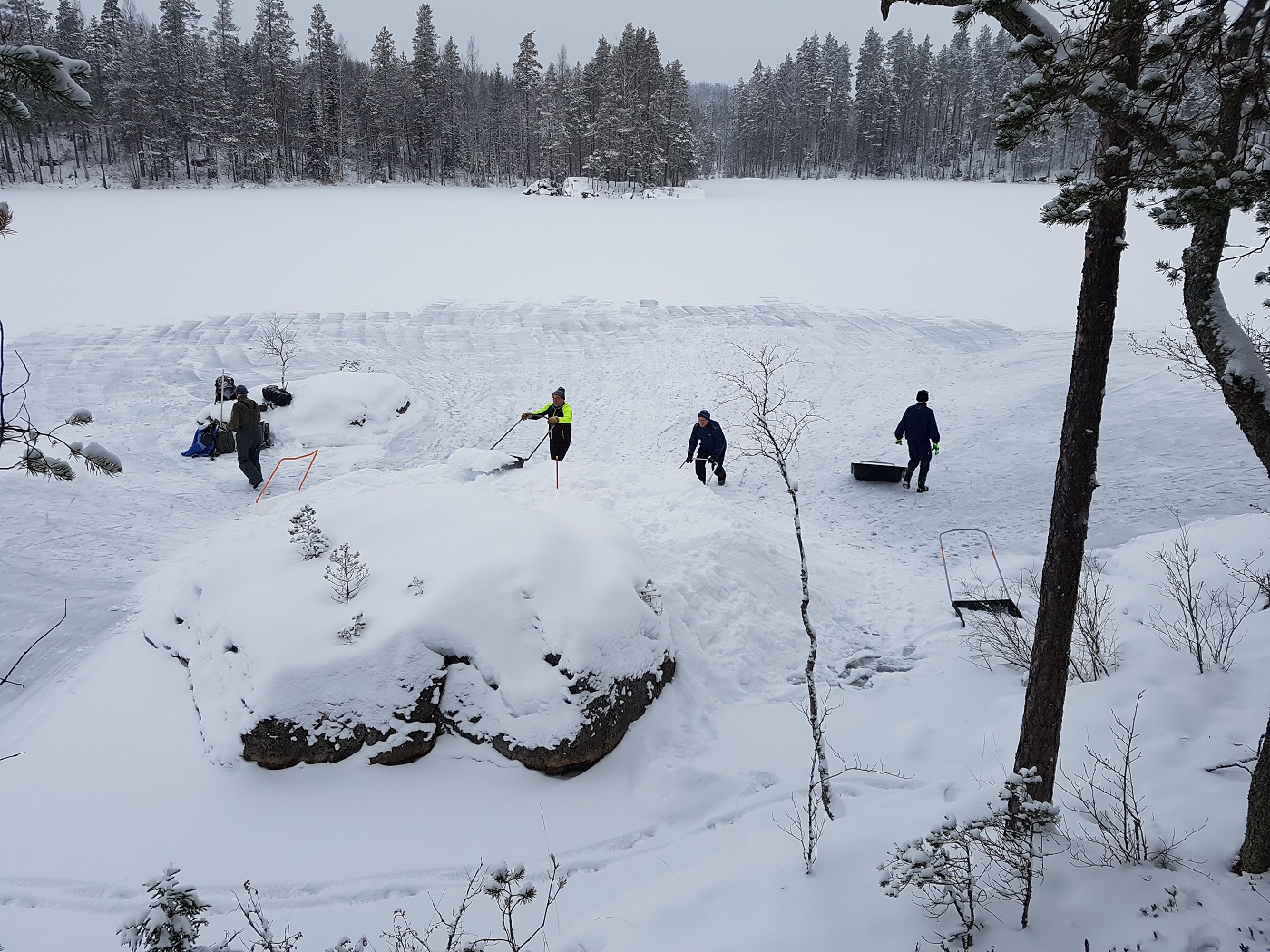 Due to climate change, exceptional low amounts of snow and too high winter temperatures have been a real threat over the last decade as the seals makes their lairs in lakeshore snowdrifts. Survival of the seal pups depends completely on the shelter of this cradle function lair. Many seal nests built on the ice collapsed caused by the green house effect of global warming. This resulted in a high death rate among seal pups in a number of years. Now fortunately humans are helping to support the seals every winter with teams of seal loving volunteers getting together to carry out conservation measures. Using snowmobiles and armed with snow shovels they go on the frozen lake Saimaa where, near some specific locations within National Park bounderies, they shovel snow in huge piles over an area the size of a football pitch.  The seals then take advantage of these artificial snowdrifts, last winter for example, 86 pups (80% of the 2018 offspring)  were born in such artifical man made snowdrifts. 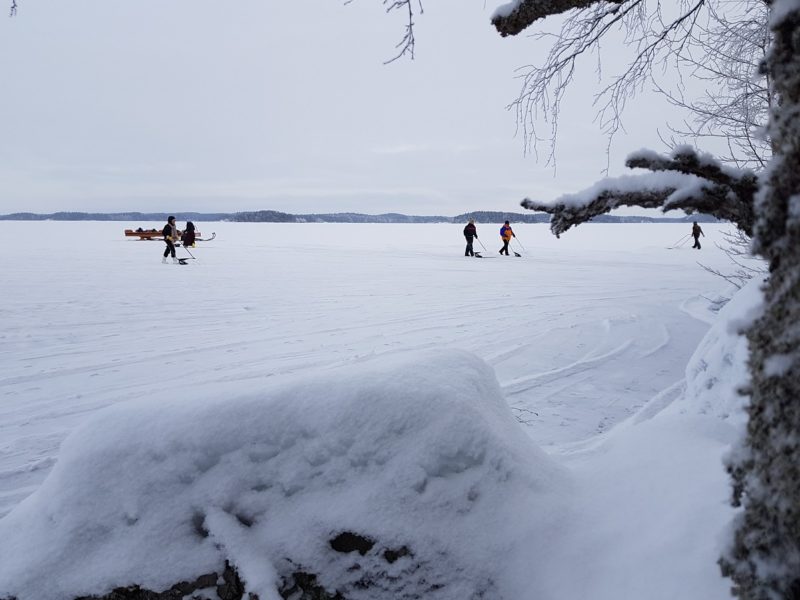 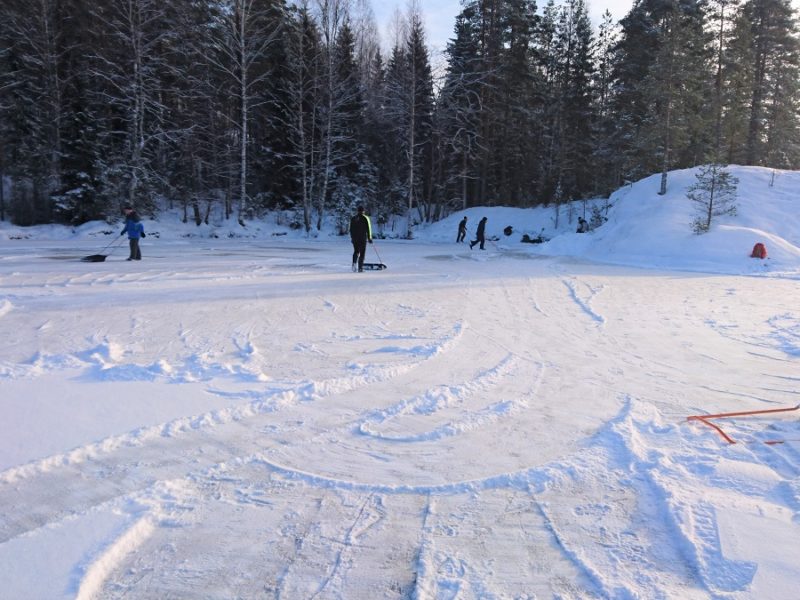 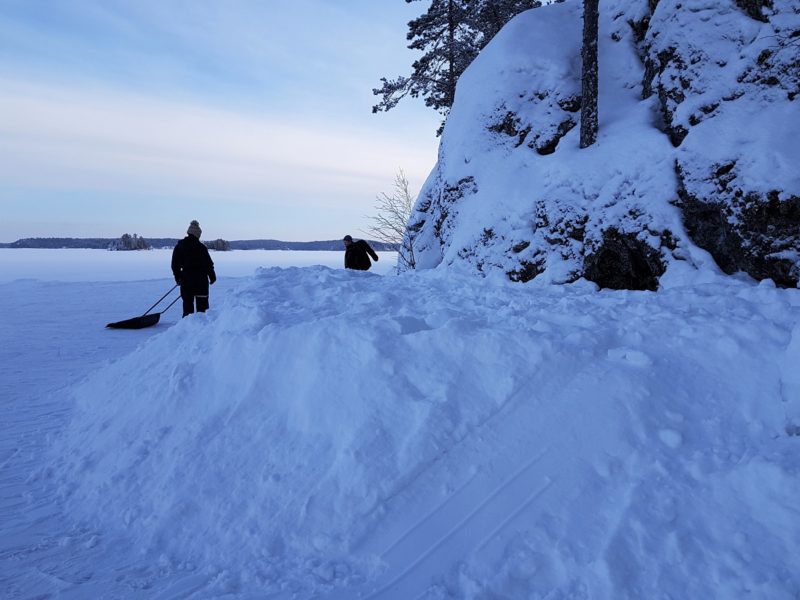 Unfortunately, there is a natural mortality of up to 50% of seal pups in their first year.  Nevertheless, thanks to this winter den support and other conservation and protection measures, the size of the population has grown and the prospects for the survival of pups have improved. Current total number of seals is estimated to be around 370-380 individuals. 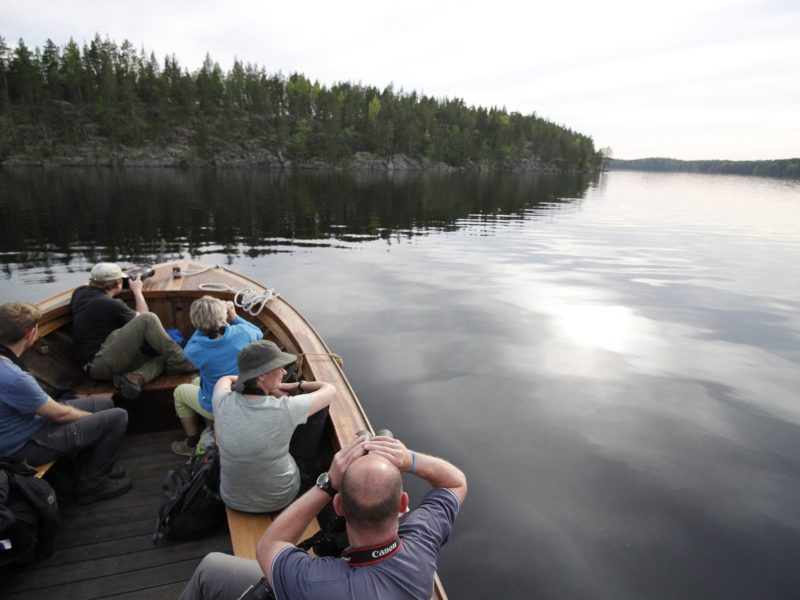 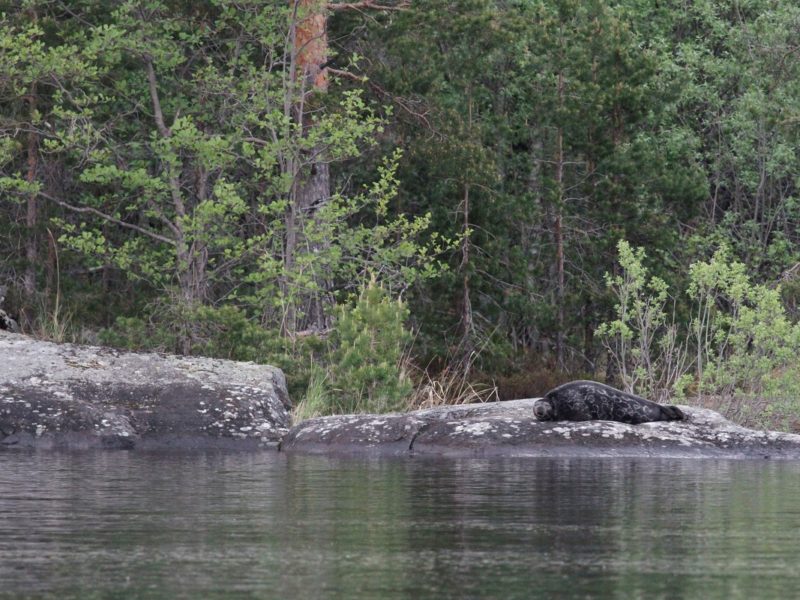 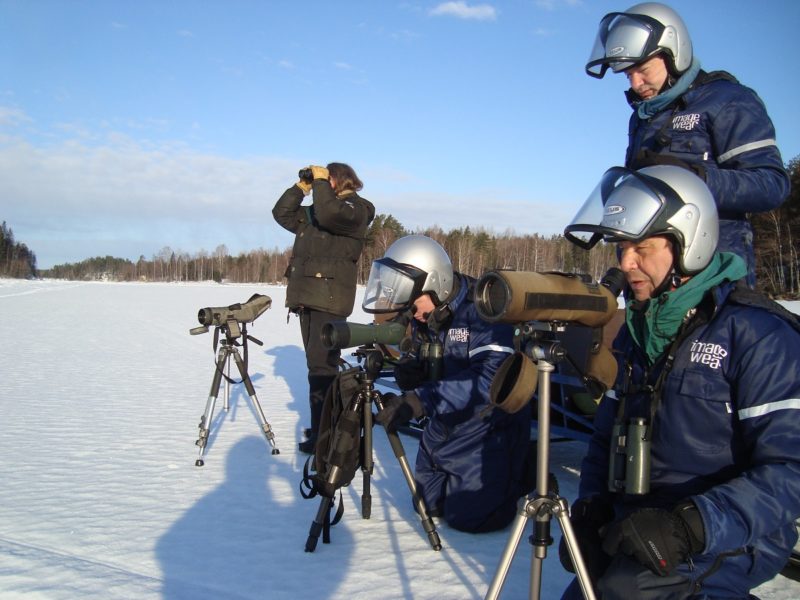 Spotting time: where and when to go?

The Saimaa Ringed Seal can only be found in the Saimaa lake district. Its main habitats include the lake areas of the national parks of Linnansaari (120 – 130 individuals) and Kolovesi as well as two nearby lakes: Lake Joutenvesi and Lake Pihlajavesi. Linnansaari logistically for sure is the most reliable place to make an excursion on the Saimaa lake. Kolovesi is a very good area too but sightings are less guaranteed as access is more restricted for motor boats. However, an excursion there is for the more active adventurer as this area is the most productive in spotting wildlife by using kajaks. 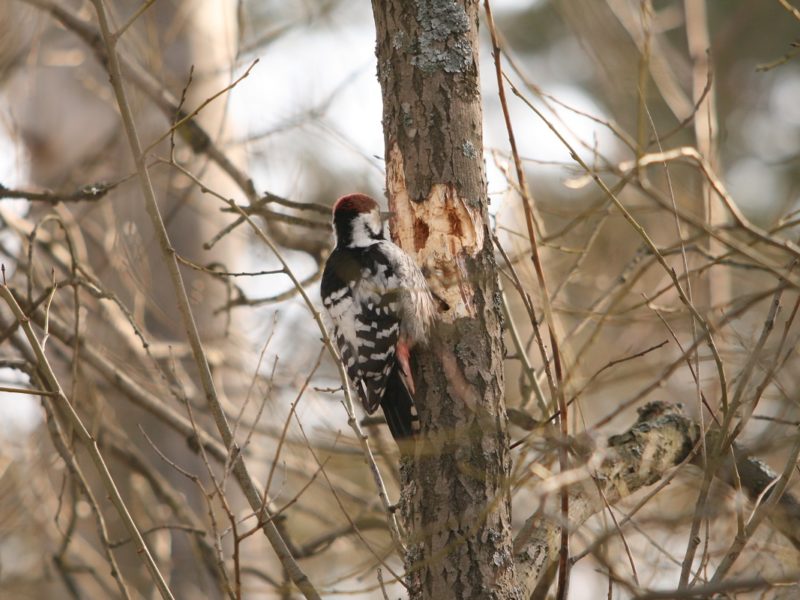 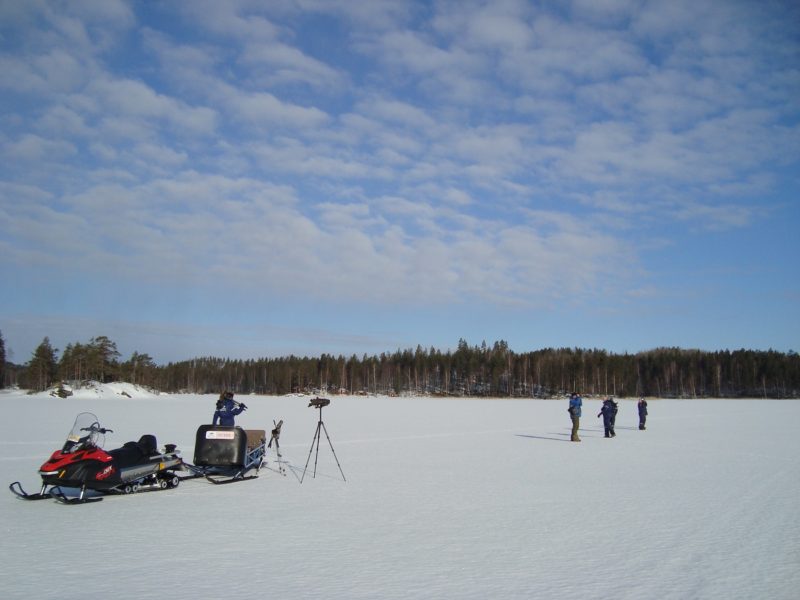 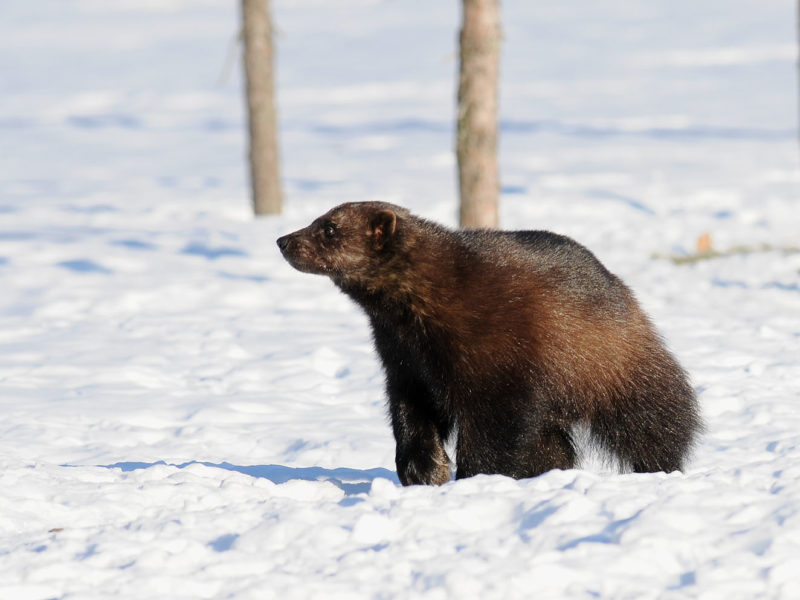 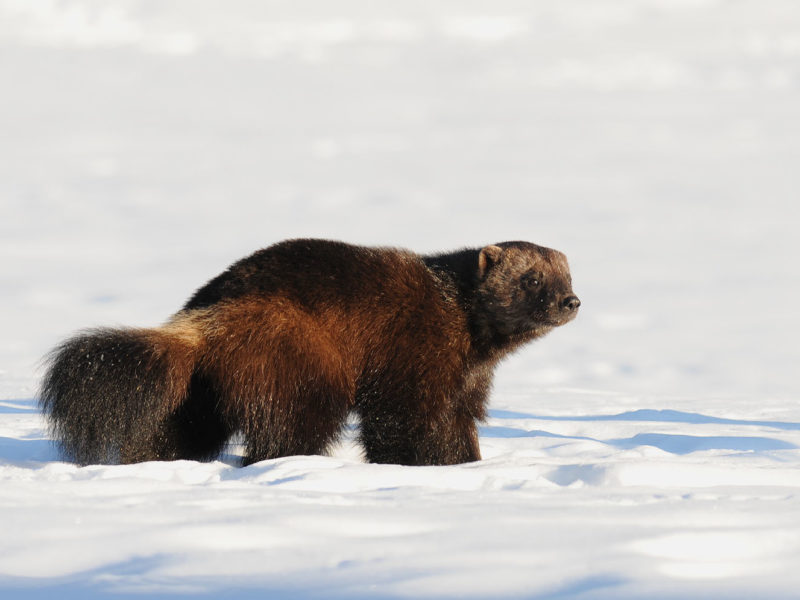 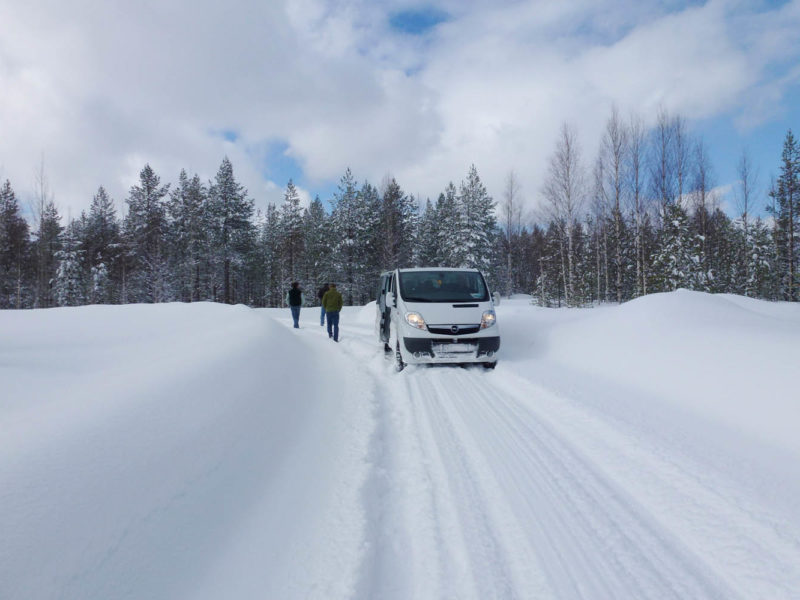 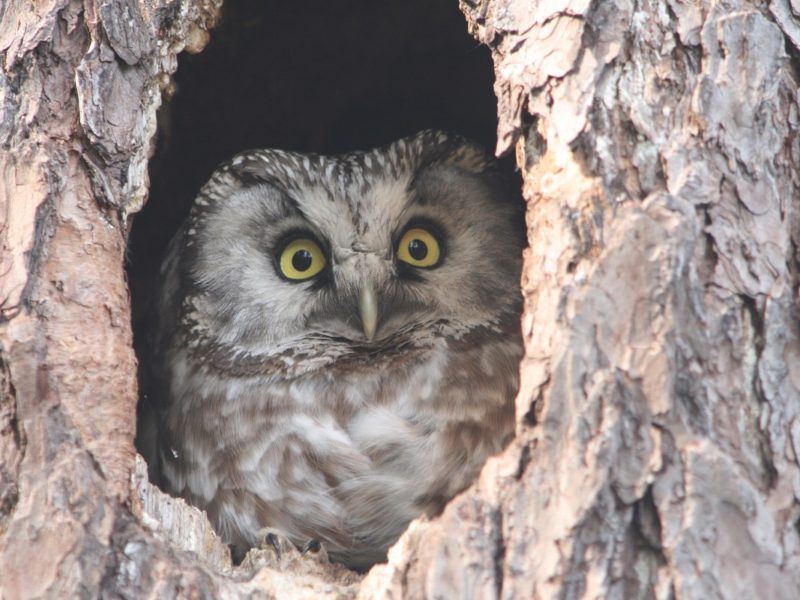 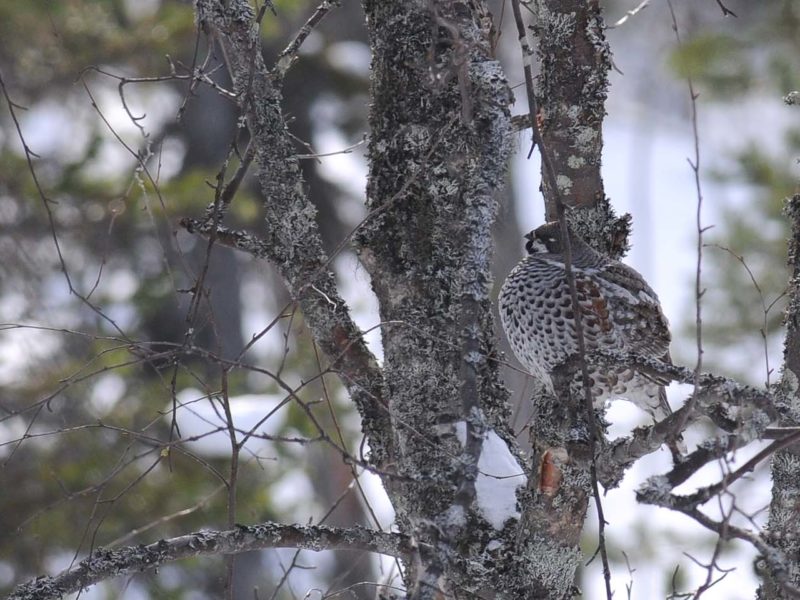 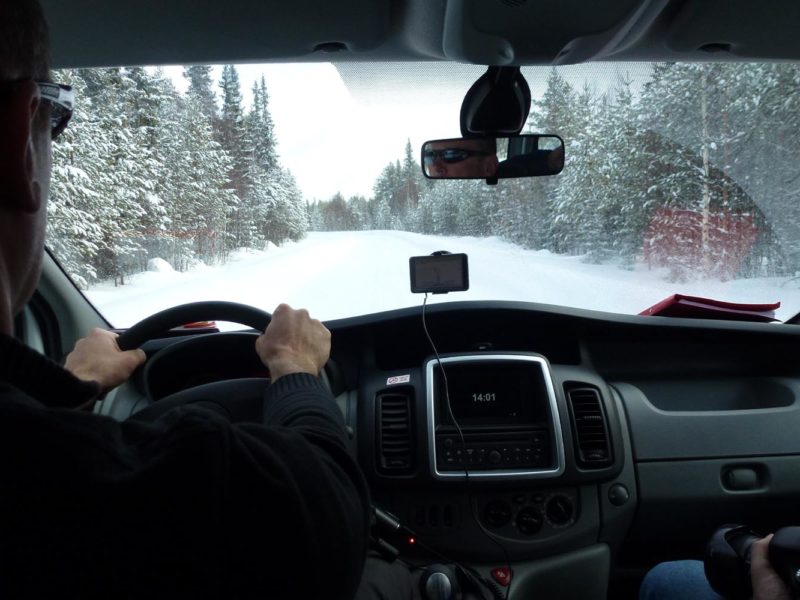 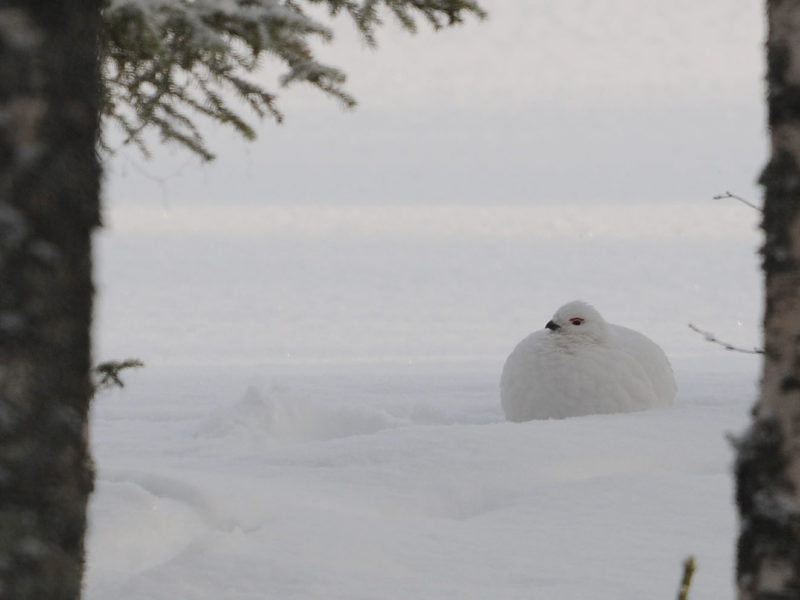 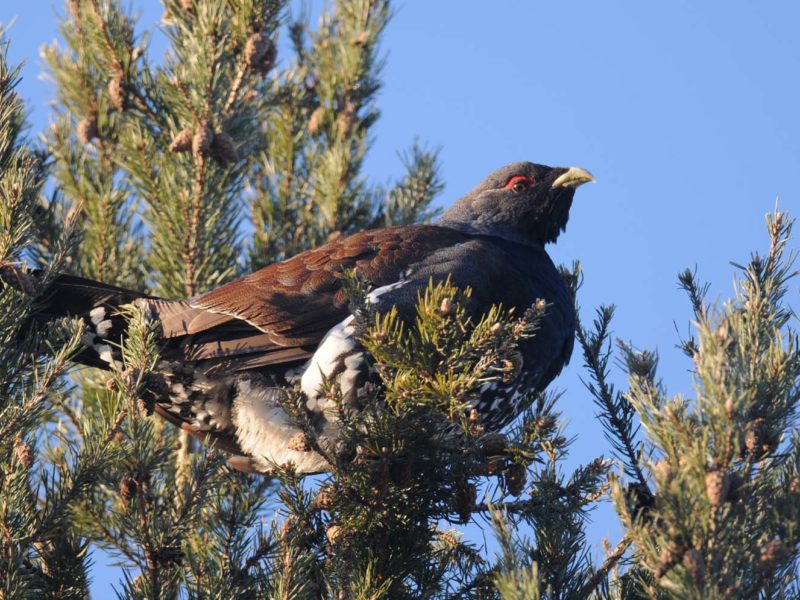 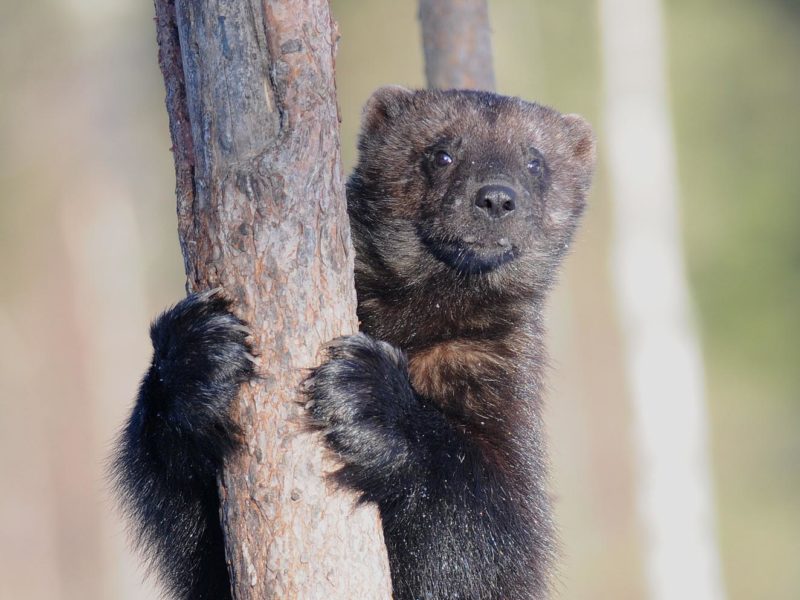 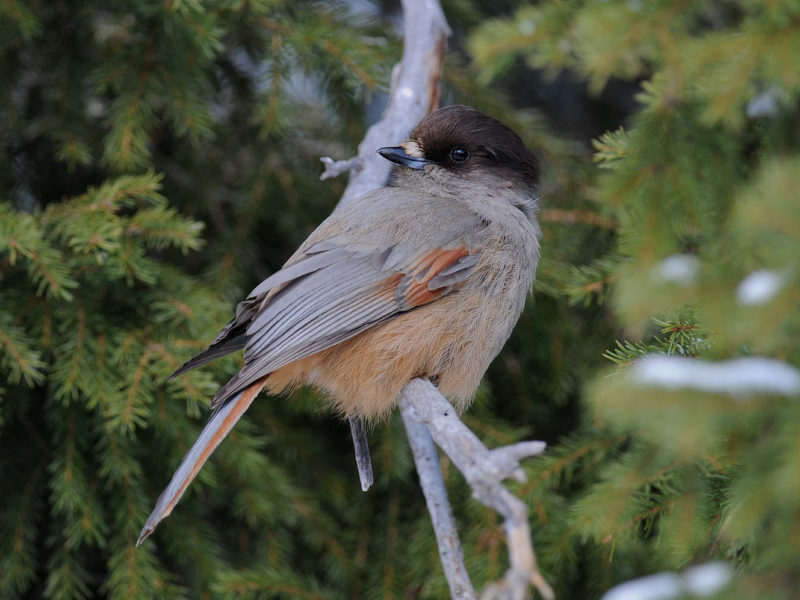 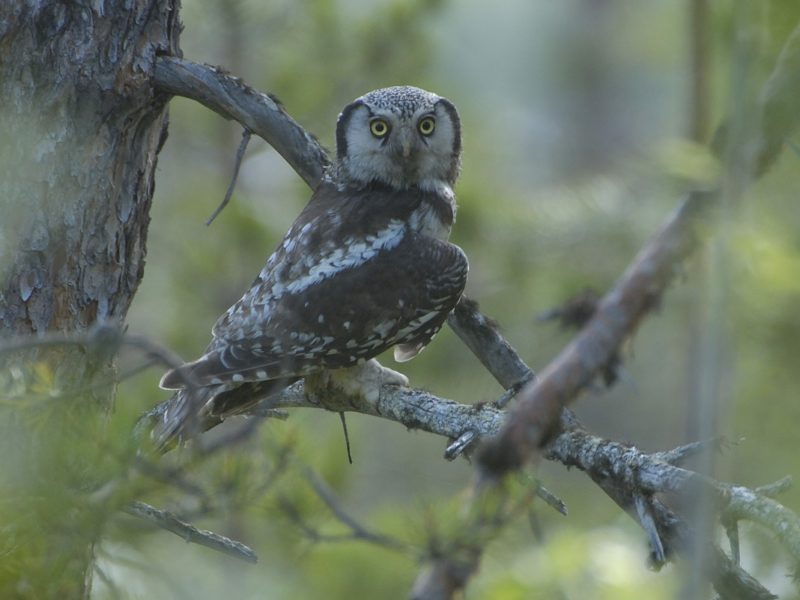 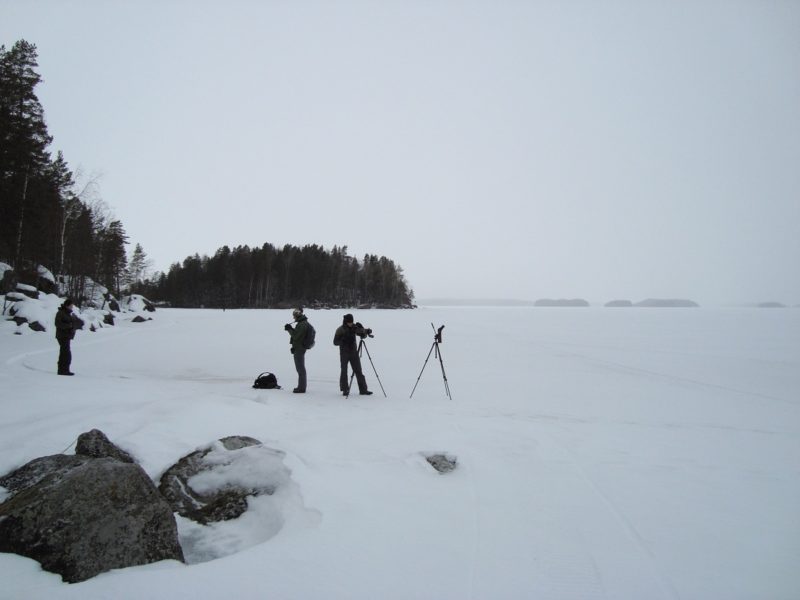 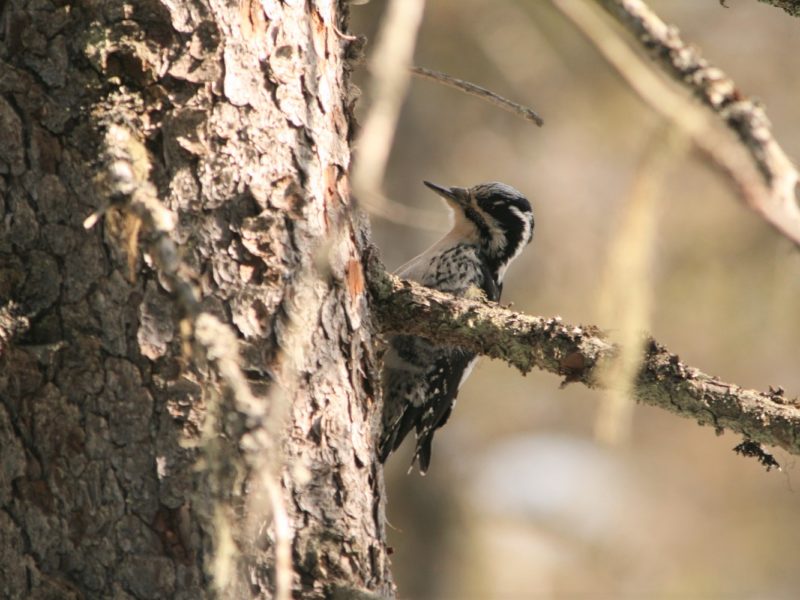 Visiting lake Saimaa in late winter, might result in spotting a sun bathing seal laying near its breathing hole. But chances are limited with only 20-30% of the visits being successfull. Nevertheless, despite the low success rate, the ride with the snowmobile on the pristine looking frozen lake is awesome and a real adventure. More over, it is a very good period to come across drumming White-backed Woodpeckers, displaying Black Grouse (plus Hazel Hen, Capercaillie and Willow Grouse) and hooting owl species like Ural Owl, Hawk Owl, Pygmy Owl, Great Grey Owl and Tengmalms Owl. A report of such a trip (April 2012) can be downloaded from the EB5 report chapter. 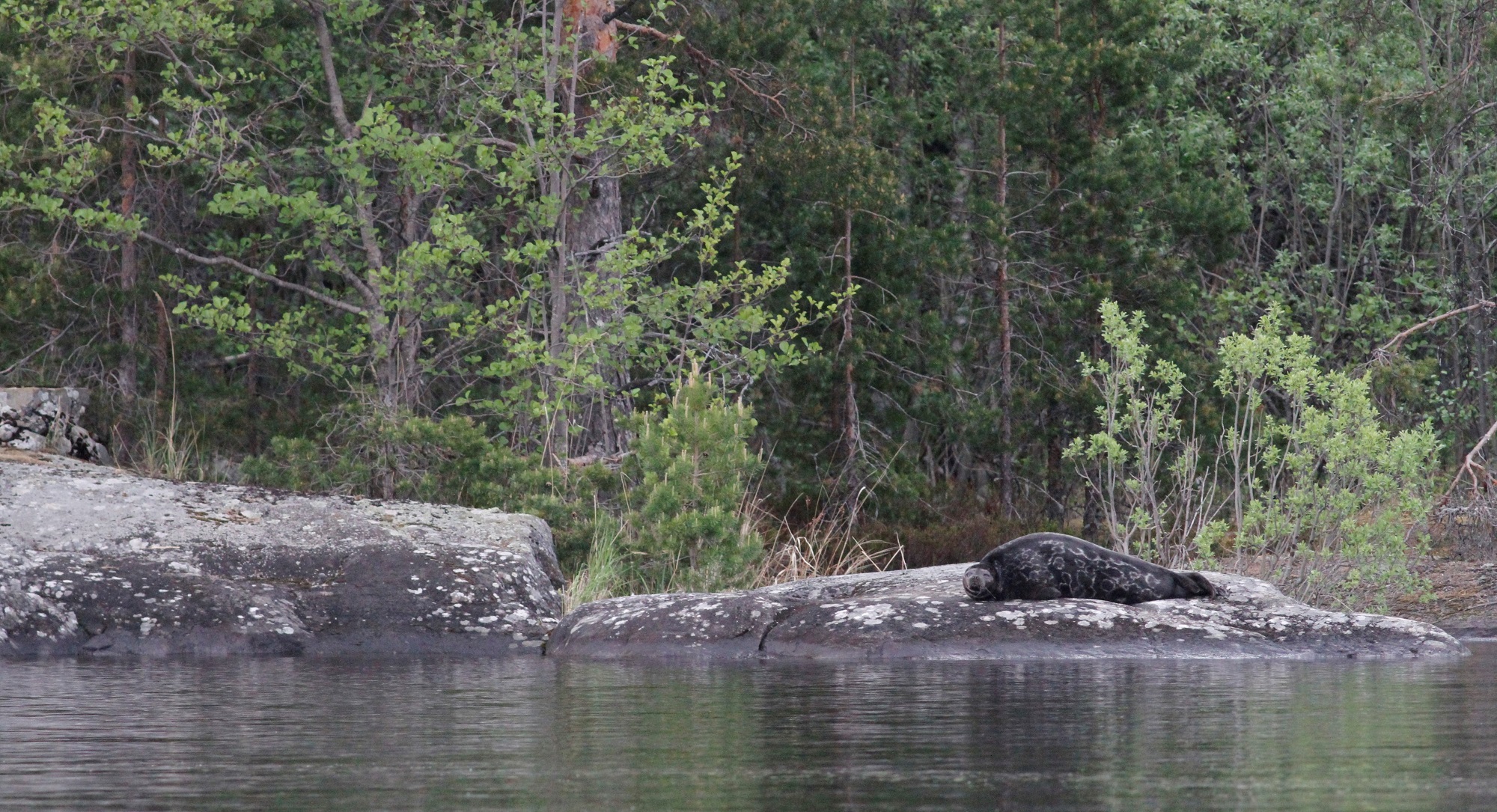 Besides this frozen lake seal option, the most likely time to actually see a seal is towards the end of May when it is moulting and hauls out on the lakeshore rocks to dry its fur. Often the seals have their own favourite spots where they return to loll year after year. Multiple observations during one boat trip aren’t exceptional. We had 6 different individuals during a 3 hours cruise on the 22nd of May this spring (2018). On top of that we had summer plumaged Black-throated Divers, Red-necked Grebes and many breeding Ospreys. 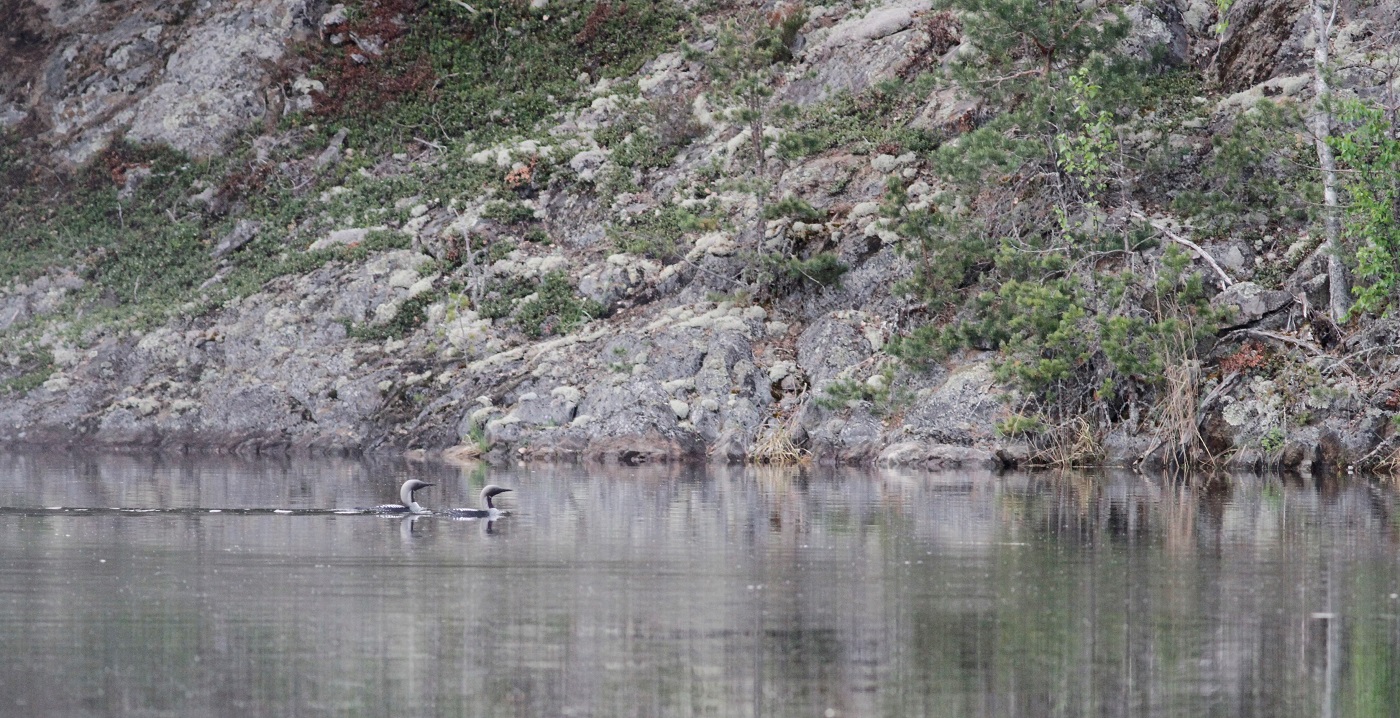 In summer time the seals disperse and are more difficult to find. Nevertheless out of the main season in past years we have spotted sometimes 1, 2 or 3 seals during all July boat excursions. Ospreys are very busy feeding their chicks, Black-throated Divers are present with their juveniles and, with long periods of light, mid summer a very good period to come across resident Beavers in the area. More over: July and August both are prime months to score large carnivores from photography hides. 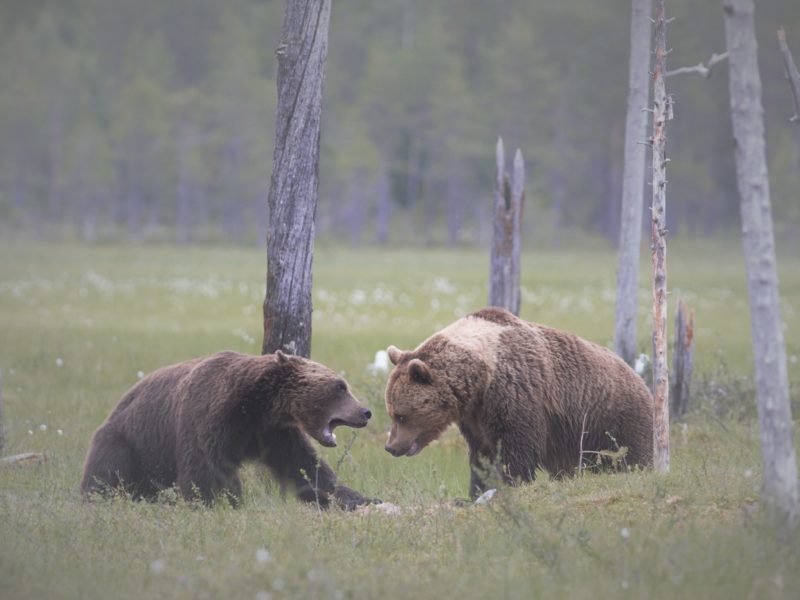 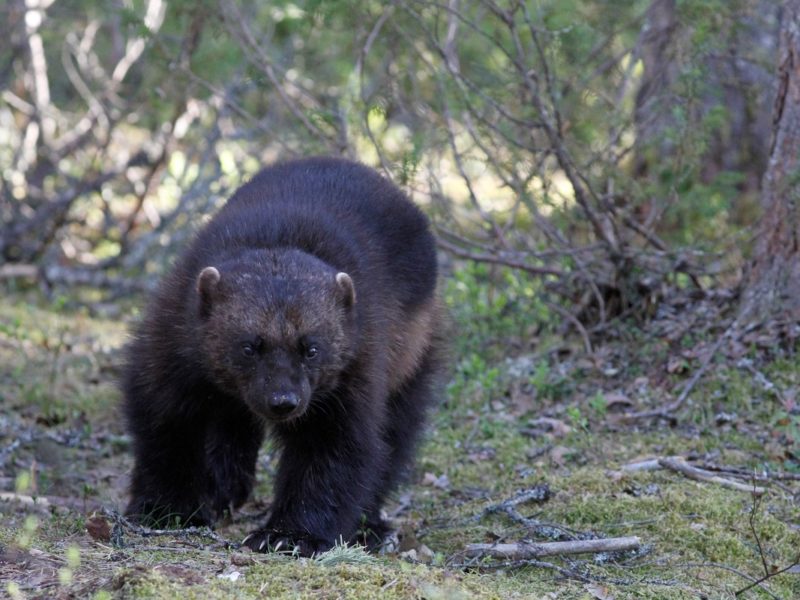 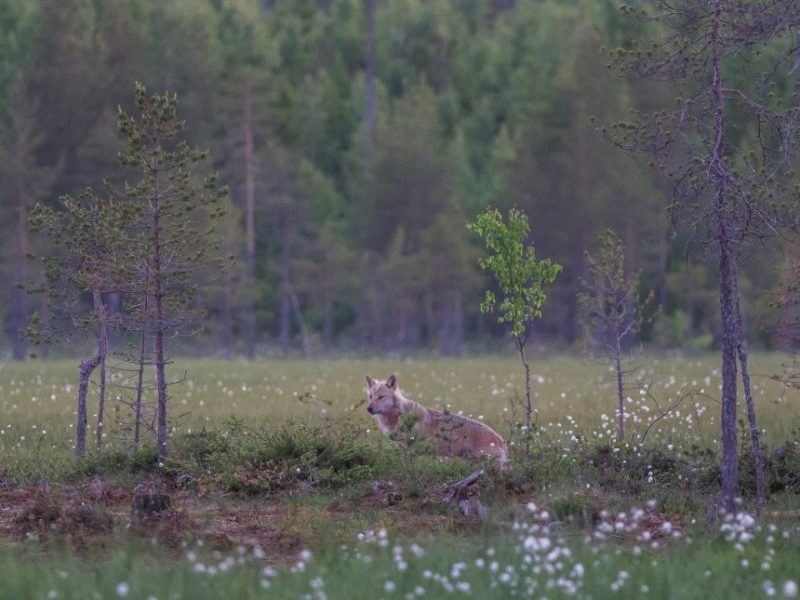 So, according to your needs and personal goals there are different options to guide you around the area including tailor made trips as well. We visit the area every year in May and July  – details on our TOUR and CALENDAR chapters. During summer tours in 2015, 2016 and 2017 we scored all three carnivores while running our classic mid summer large carnivore galore tour. Let’s see what we can achieve this year!