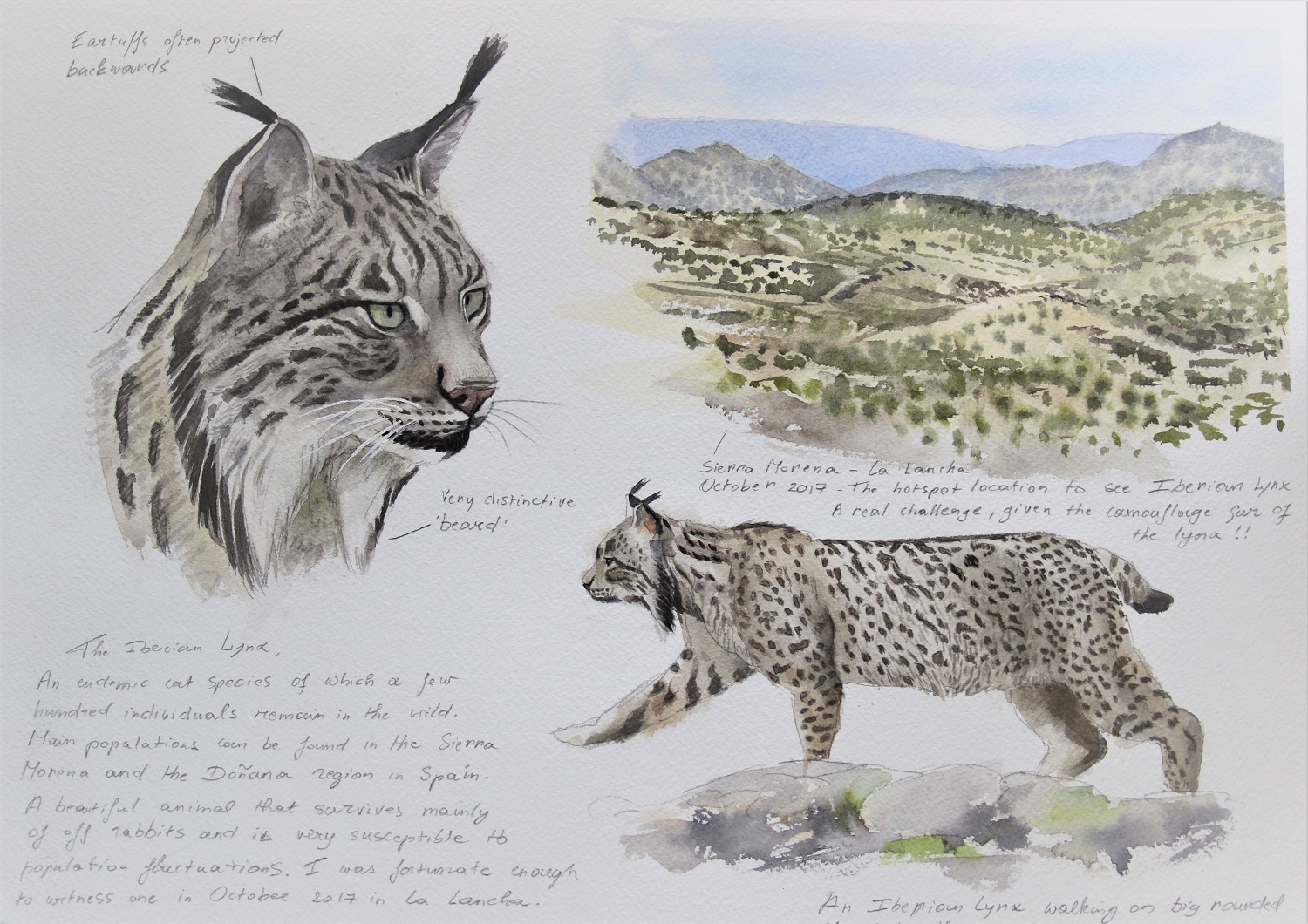 Will soon be back in the Sierra Andujar a prime and well known European key area where Iberian lynxes roam. Sierra de Andújar, Andalucia – Spain: a vast and beautiful biodiverse mountainous area in Spain hosting dense populations of ungulates such as Iberian Ibex, Mouflon, Red & Fallow Deer and Wild Boar too. All present and easy to find on huge game estates of private landowners.

Also, different and some might say more interesting, mammals share the same areas with the ungulates – Otter, Genet, Badger, Polecat and Egyptian Mongoose. Although all resident in the area, these species are less easy to spot as some of them are mostly nocturnal. The real key species and the main reason why this area has been visited by EB5 annually over the previous decade is because this cordillera hosts the largest wild Iberian Lynx population in Spain. 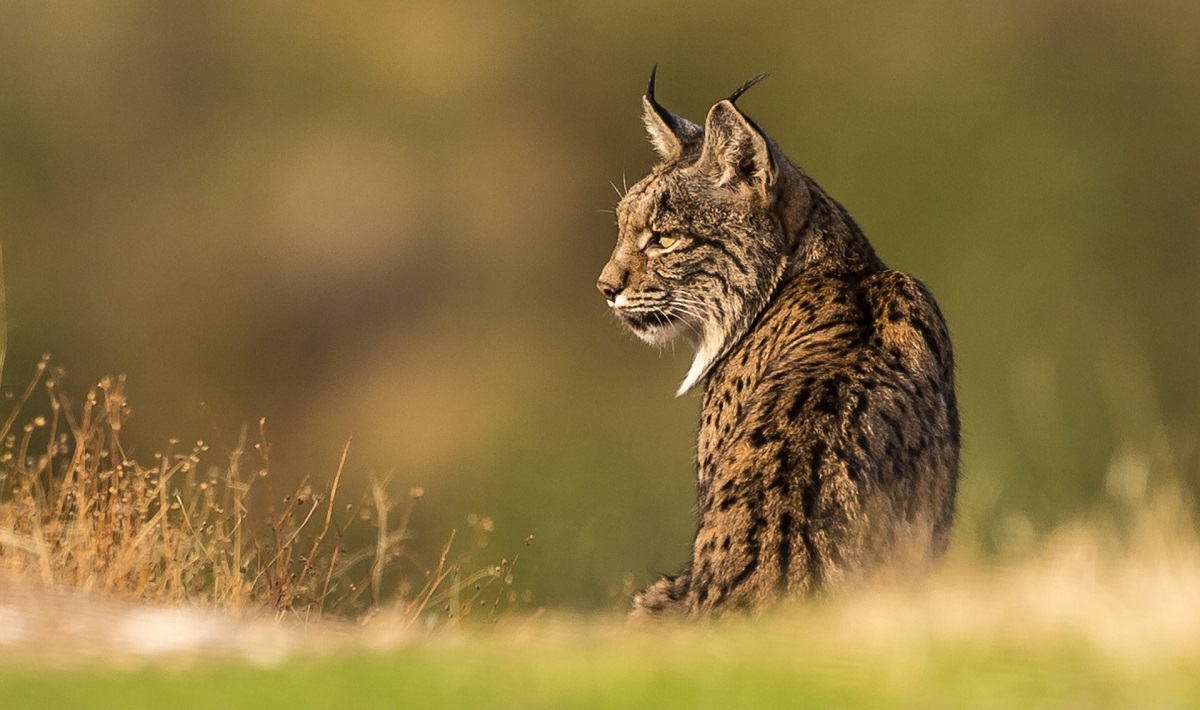 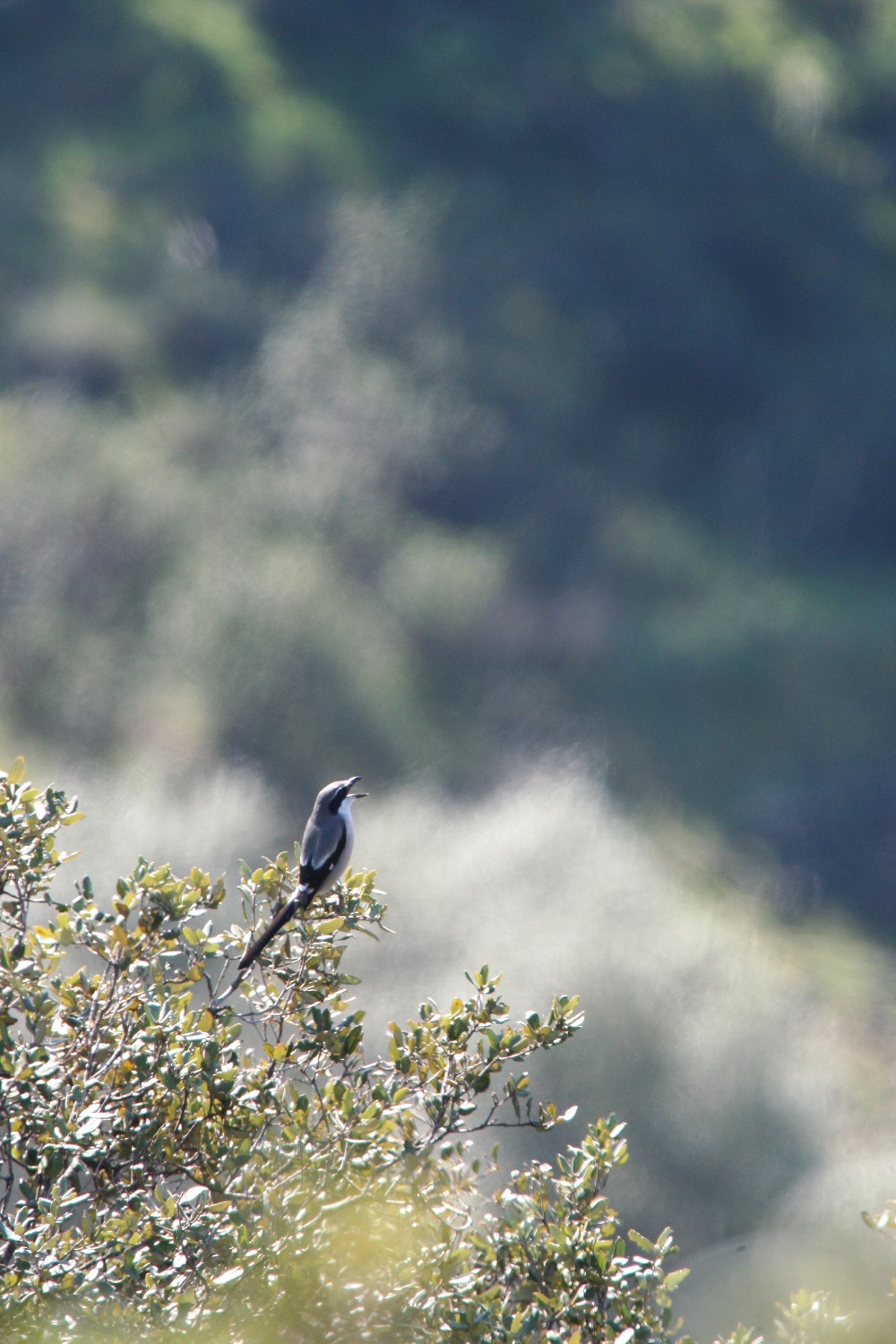 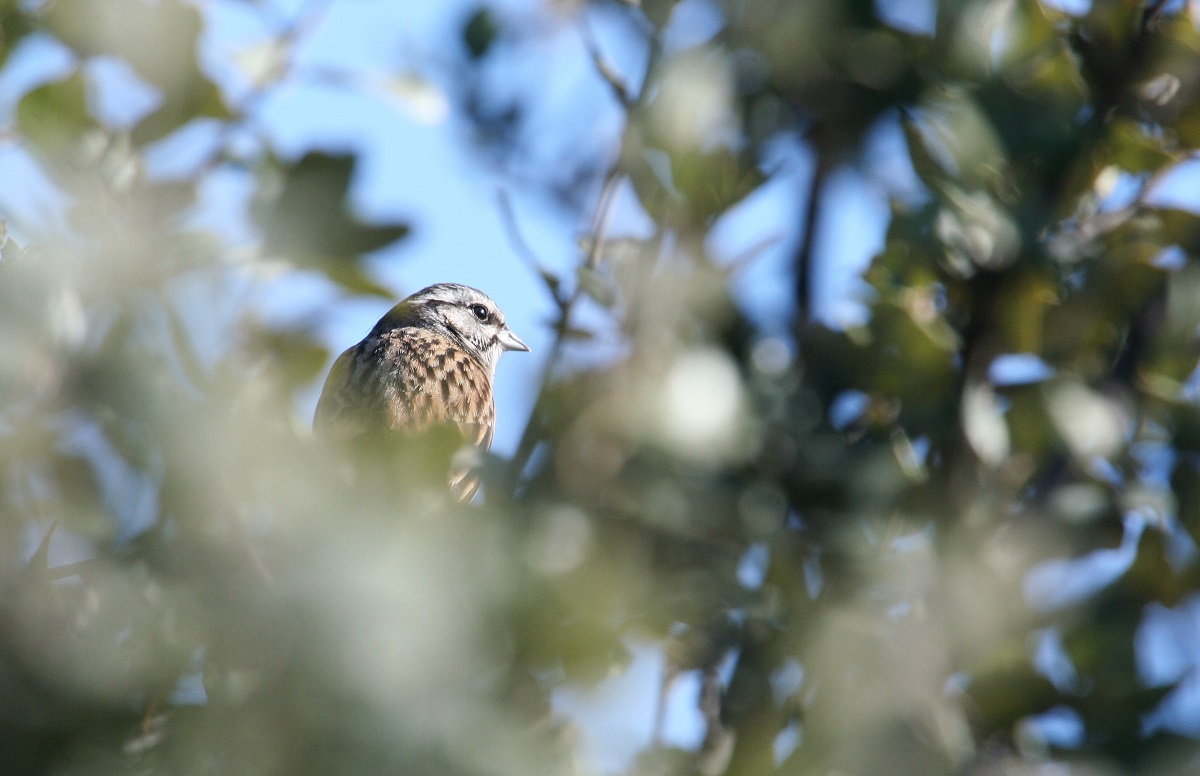 Over a decade ago, back in 2006, we visited Spain on a prospection tour in relation to seeing Iberian lynx. In those days, the species was balanced on the brink of extinction. A 2002 survey revealed that with less than 94 individuals of this Felid left in the wild it was just a blink away from disappearing for ever. The Iberian Lynx is one of the four known lynx species of the World the others being Bobcat, Canadian and Eurasian. 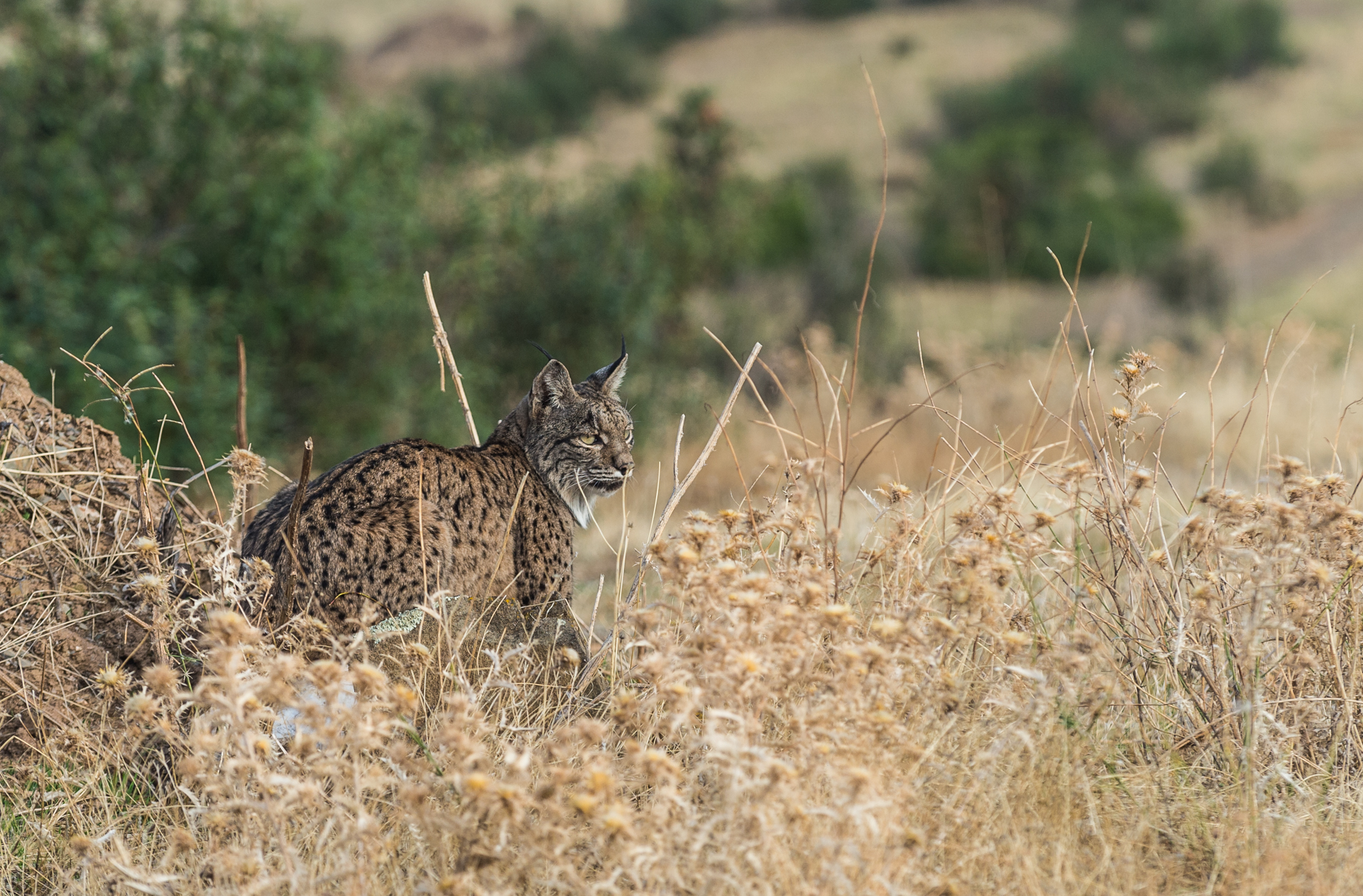 Besides the Sierra Andujar, the Cota Doñana national park also in Andalusia, were the last strongholds of the species. Lynx from these two areas were captured from the wild and placed into breeding centres. After 15 years and financial help (about €70 million, mostly from the EU’s LIFE program) efforts payed off. The funds were used to reintroduce captive bred animals into the wild, restore habitats, breed and release rabbits (the main prey item of the lynx) and to place fences, along with lynx tunnels underneath and bridges over, busy roads. With these concerted efforts in the field and in breeding centres, lynx numbers in the wild reached 547 individuals last year. Nowadays, Iberian Lynx are no longer ‘critically endangered’ but just ‘endangered’. So after 15 years, besides reinforcing existing populations, new populations are being created with releases. 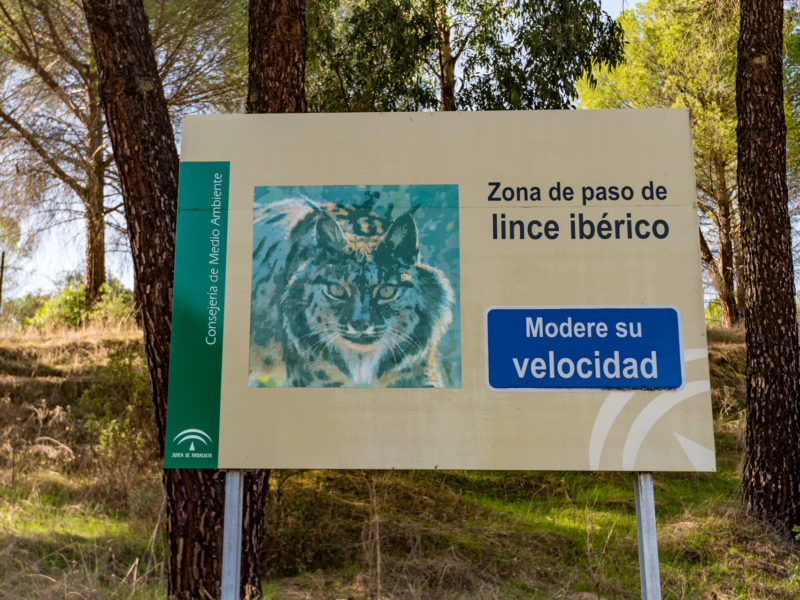 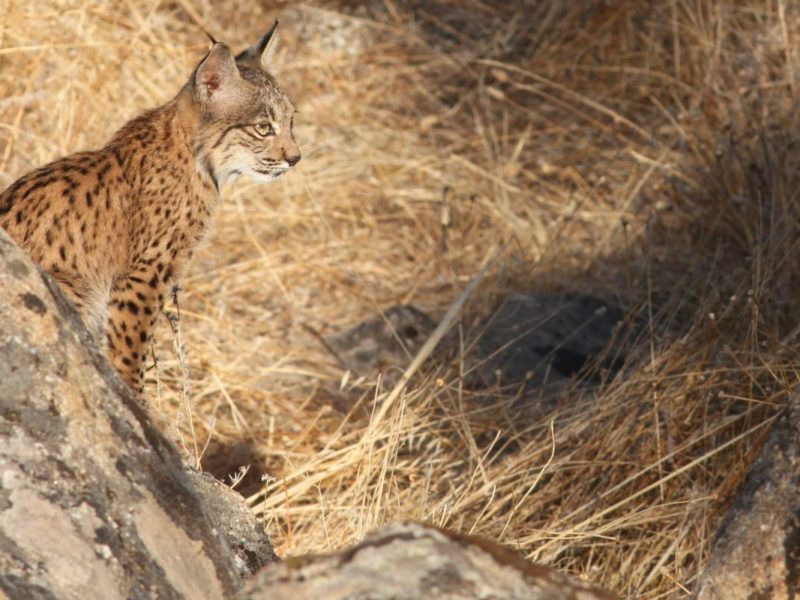 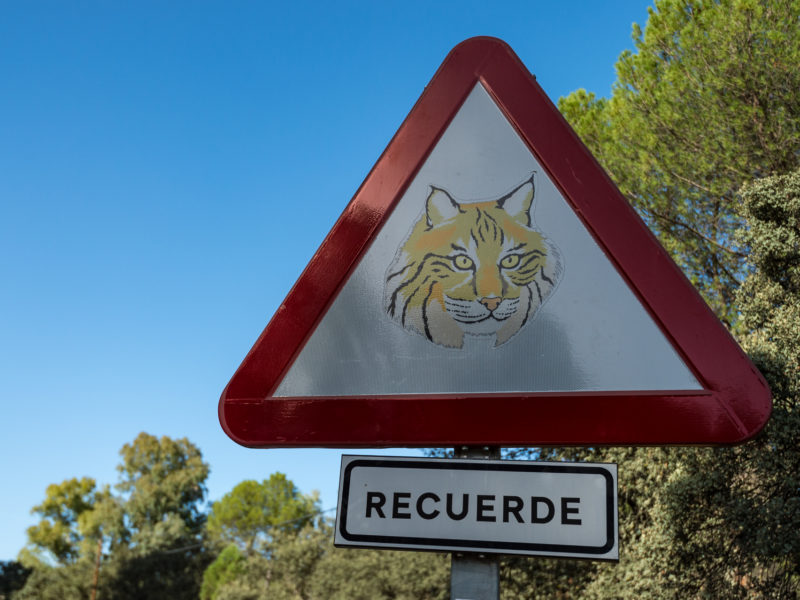 Some of the Iberian Lynx born in captivity are fitted with a collar containing a satellite navigation system just before they are released into the wild. Many of the Cota Donana Lynx have had such collars fitted. This can to some extent spoil your viewing of a Lynx but fortunately EB5 tours have rarely encountered collared Lynx despite many sightings of Lynx. In fact only Jan (EB5 founder) has seen one such a collared individual when he was guiding a TV crew several years ago. Back in 2013 Jan witnessed a young female Lynx being live trapped, radio collared and then released onto a private estate in the Andujar area. 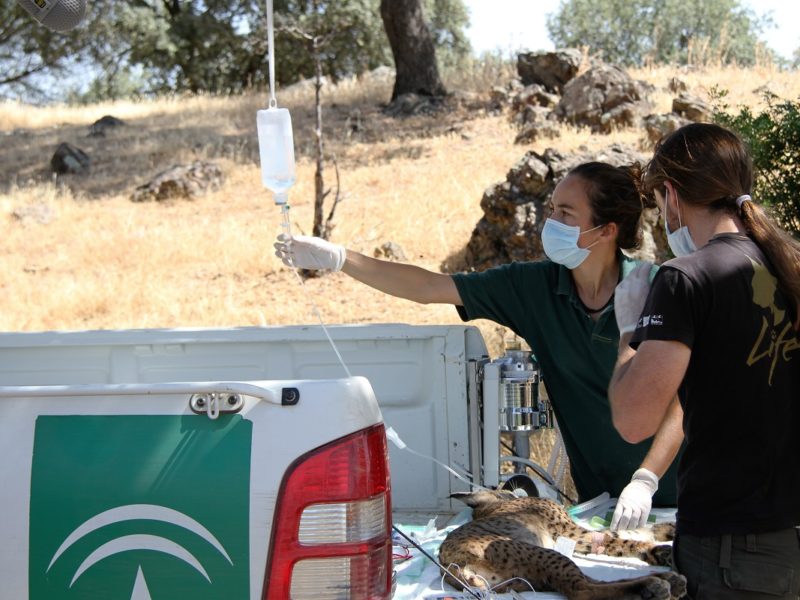 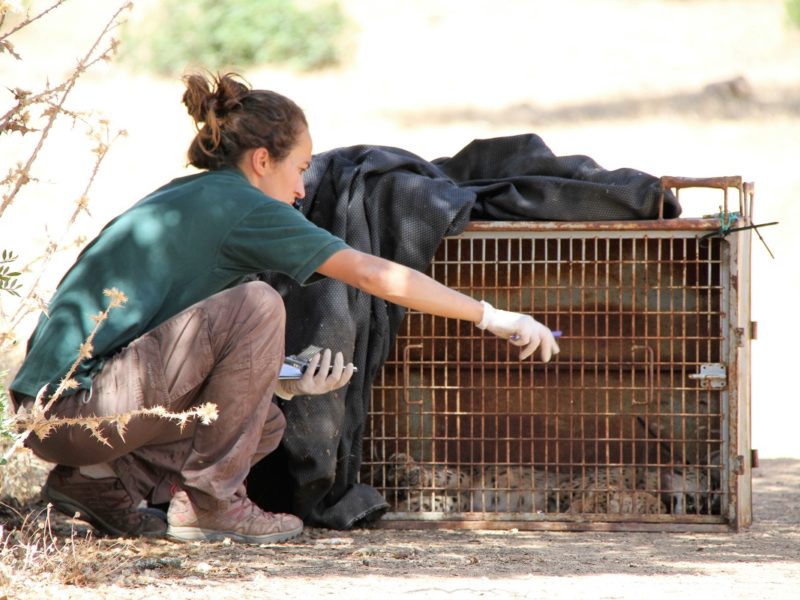 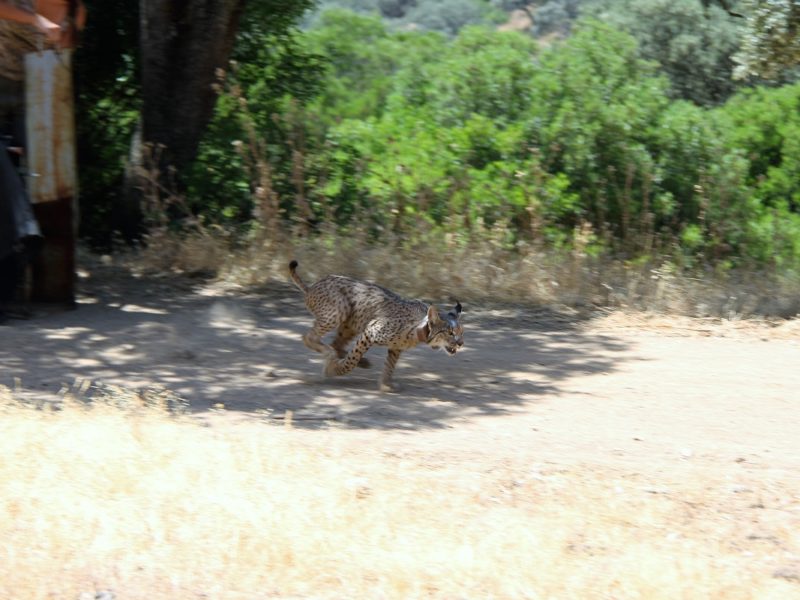 But the job isn’t finished yet. The main and most difficult goal to achieve is to connect all the different areas where lynx populations survive in the wild to maintain a diverse gene pool. With the hope that captive breeding along with the controlled reintroductions could become unnecessary in the future. But unfortunately that won’t be the case with reintroducing rabbits as these still suffer too frequently from several diseases and are often are wiped out from large areas of Spain. So long live the rabbit – maybe a good quote to support the Iberian lynx in the near future. Let’s hope within one decade from now they are in the ‘vulnerable’ category at the very least and eventually become abundant all over the Iberian peninsula. 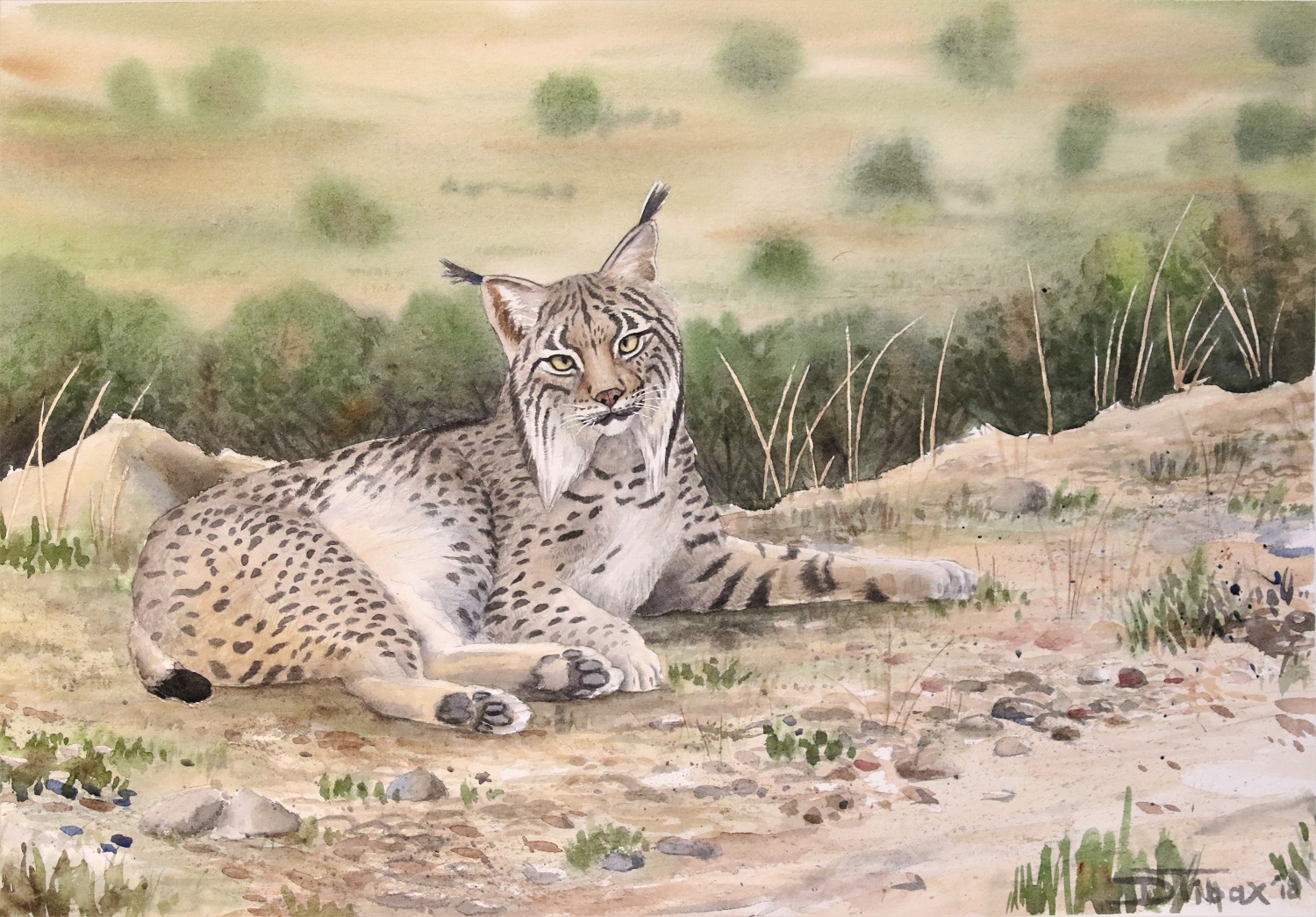