Last year we did Finland during late summer ; a tour concept in which staying overnight in the hides for observation is not necessary. You can find this tour concept on our EB5 website. 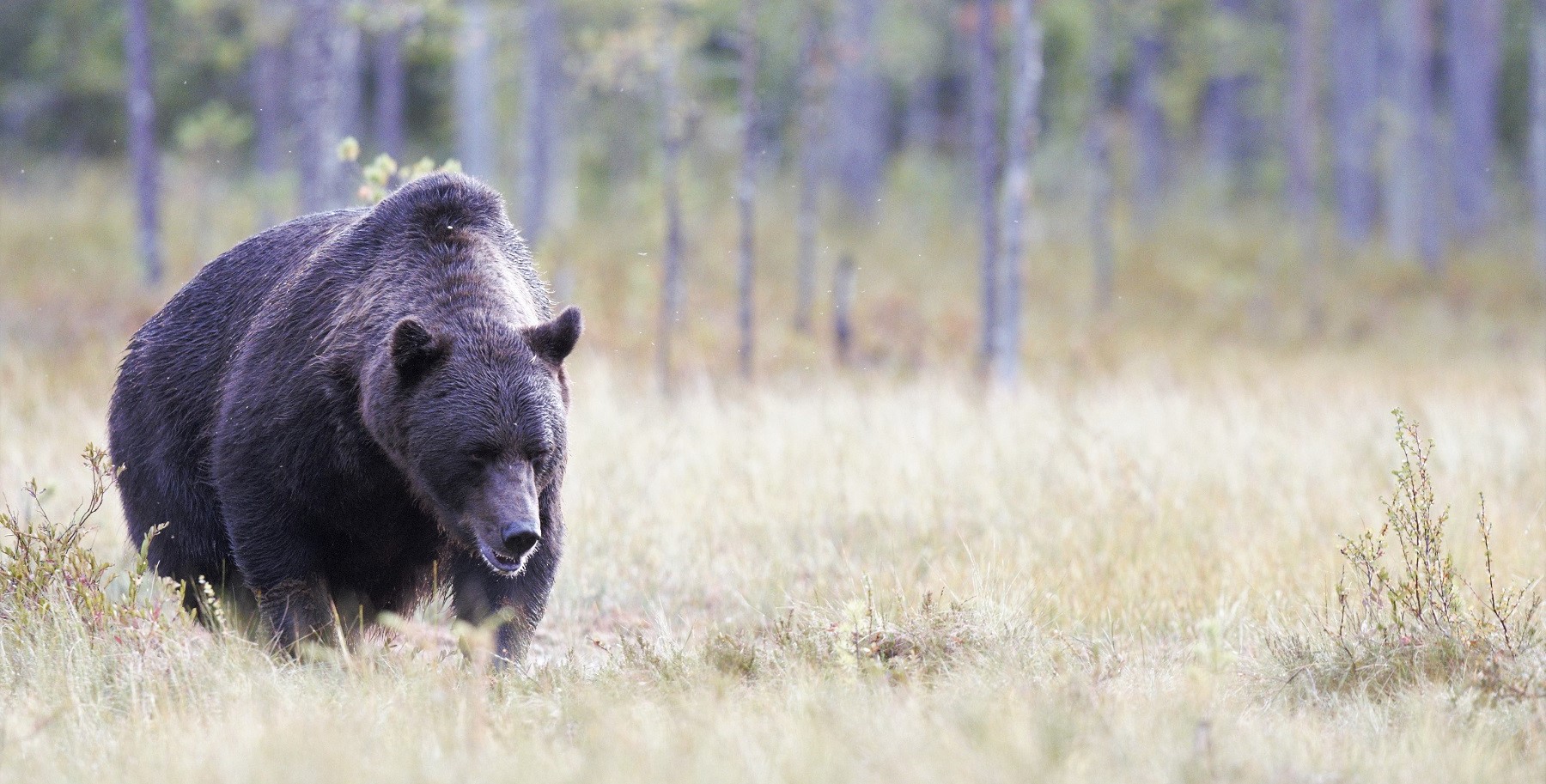 In 2020 we were absent for a year because of the Corona virus. This year we were finally back. Annually during midsummer. A small detail: despite no vaccinations whatever were obligated this year regarding the Covid virus, it  turned out that, once everyone was back home, almost all of us were infected. But nobody suffered from serious illness. Only symptoms of a cold ; not more than that.

Midsummer is and remains the period when observing large carnivores has the most to offer as the amount of day light is almost continuous during the 18 hour sessions in the hides. The fact that large carnivores usually always cooperate is something that has become clear in recent years. This year too, Brown Bears, Wolverines and Wolves gave prolonged views and superb opportunities for photography . Pure joy and great fun actually! 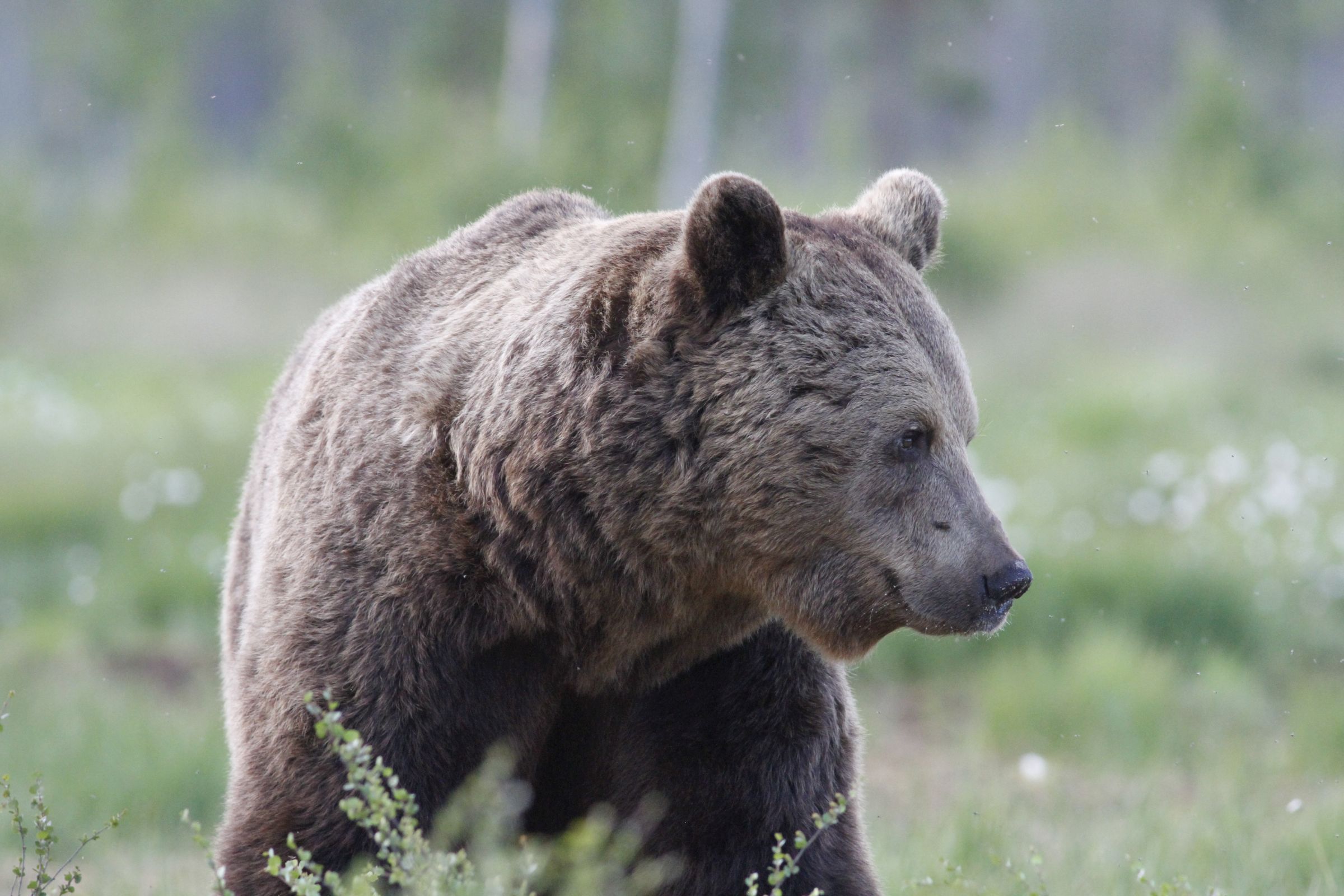 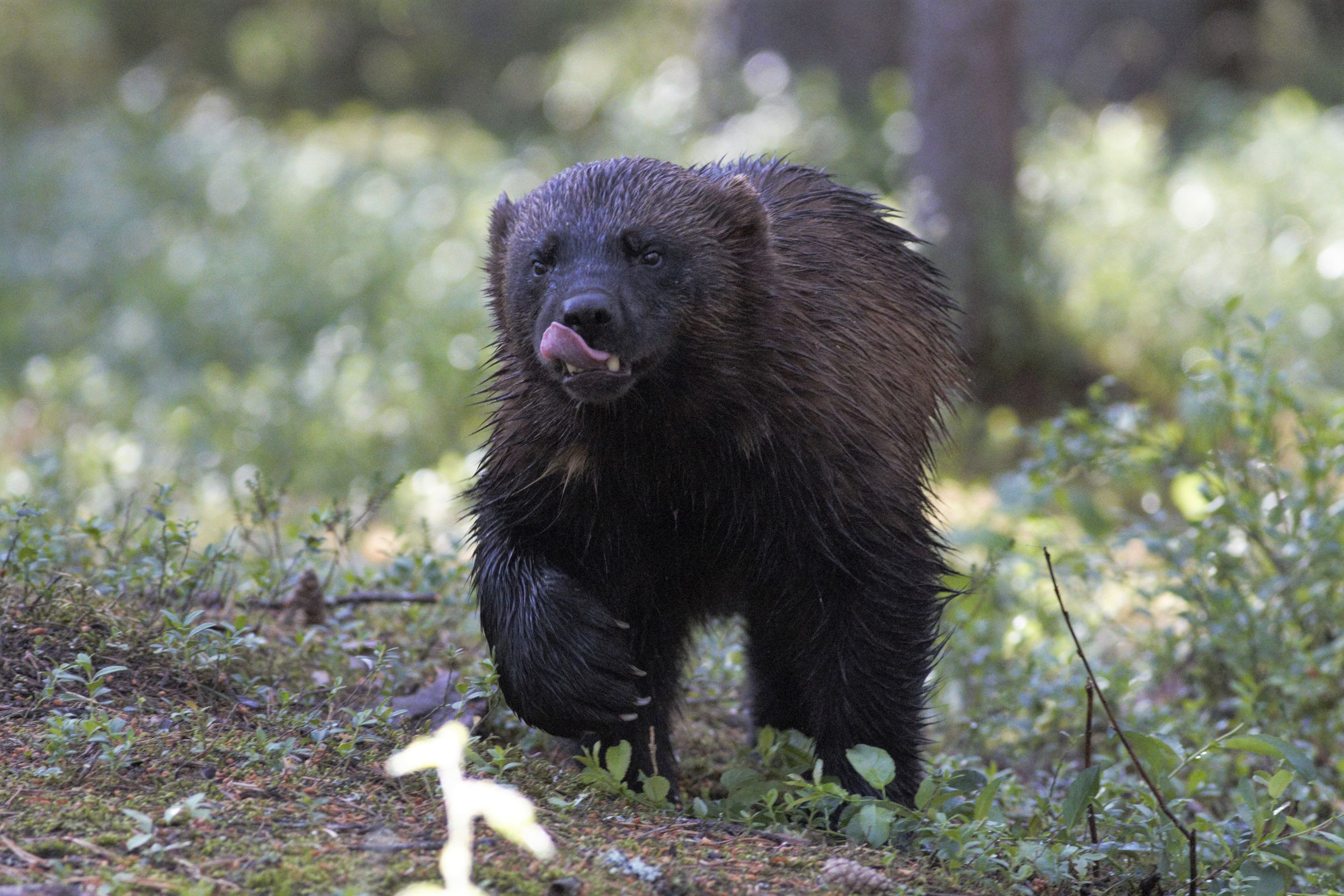 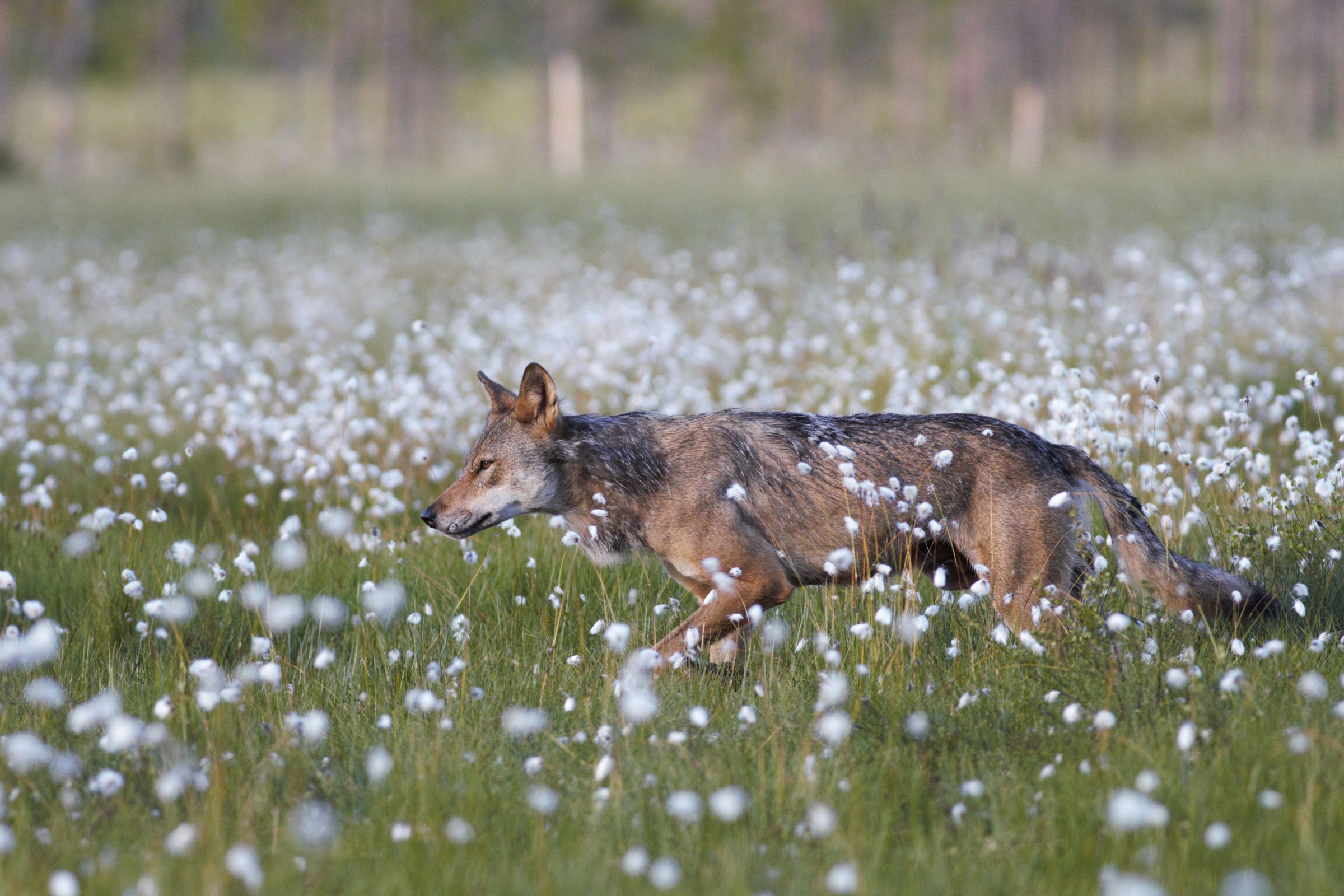 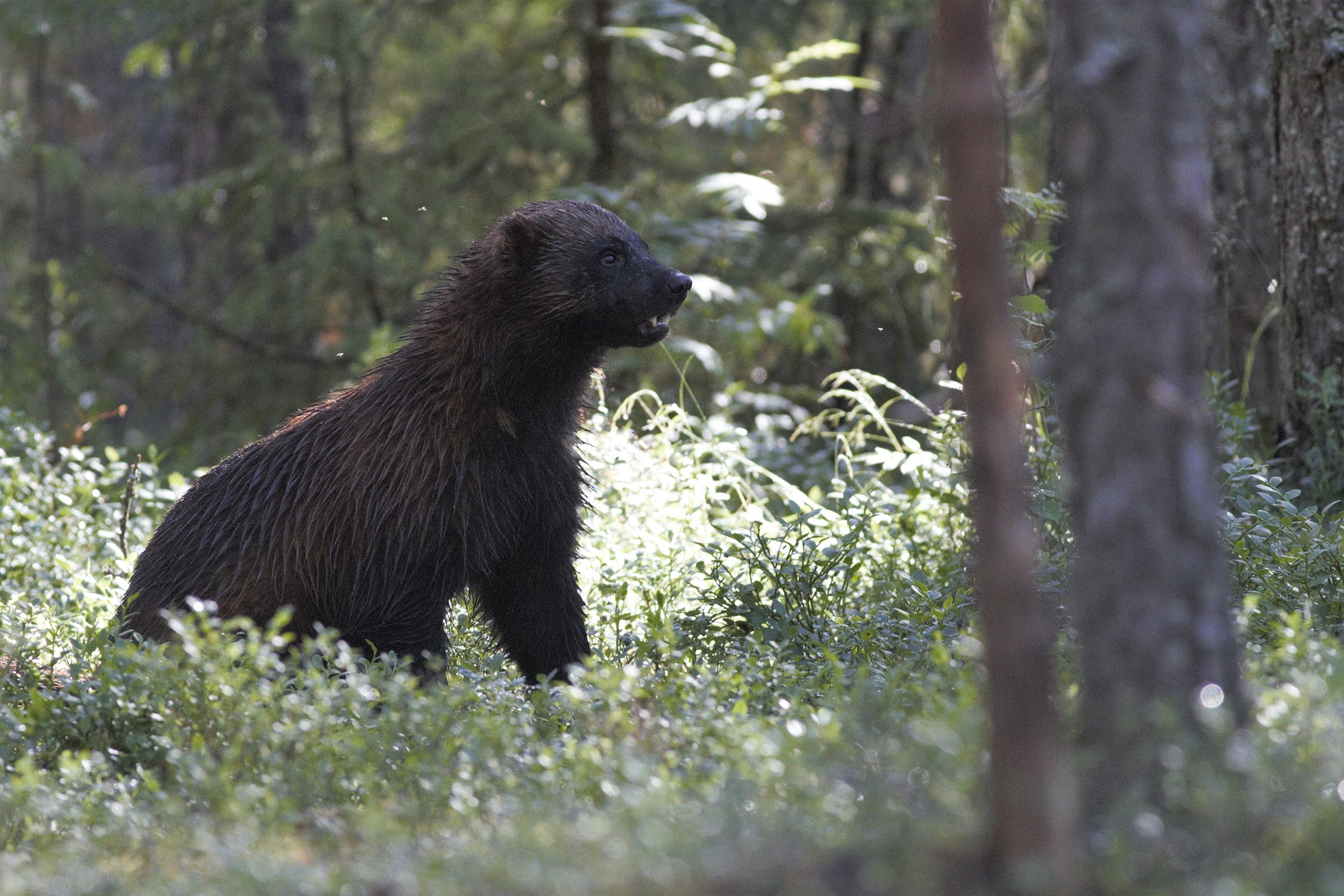 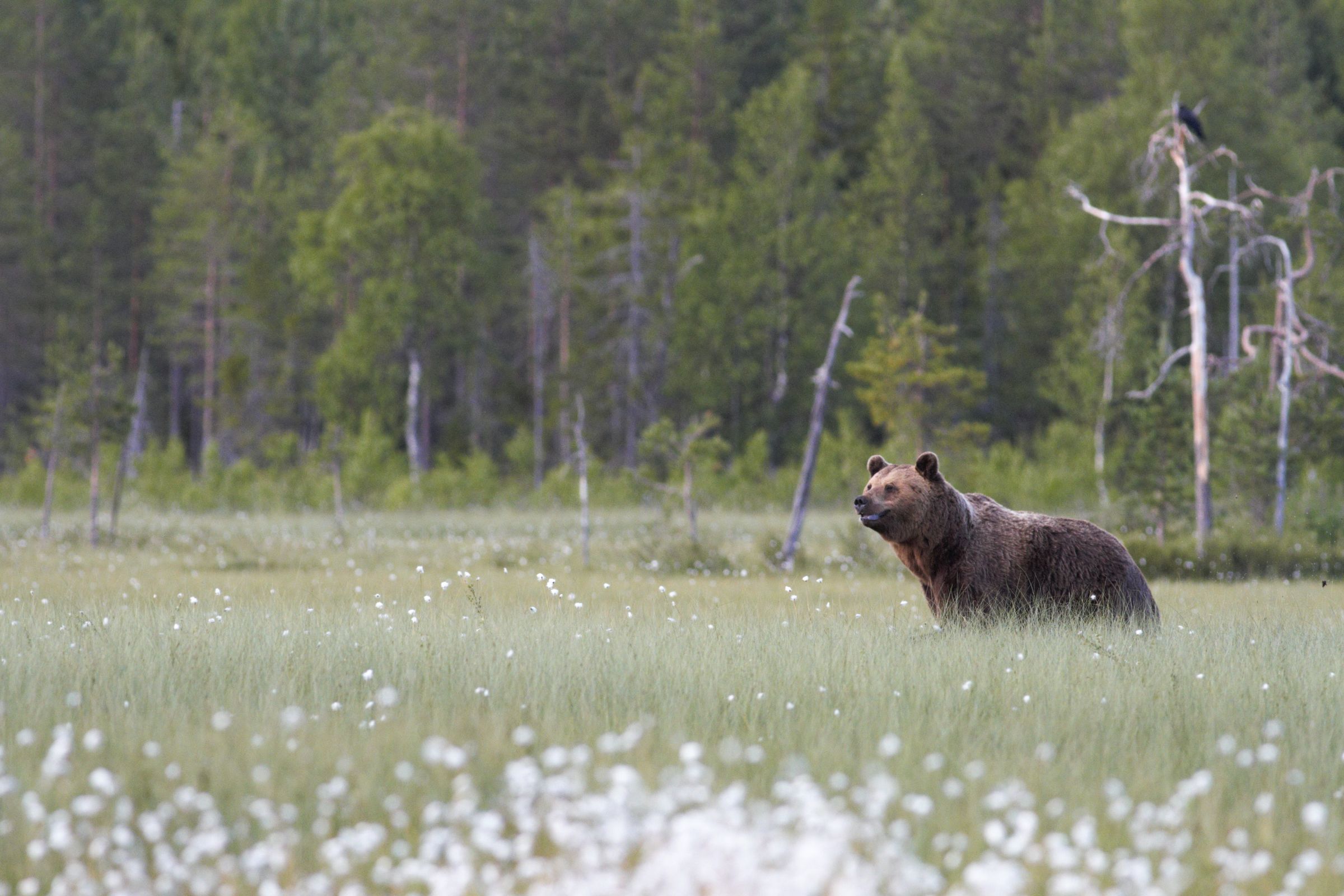 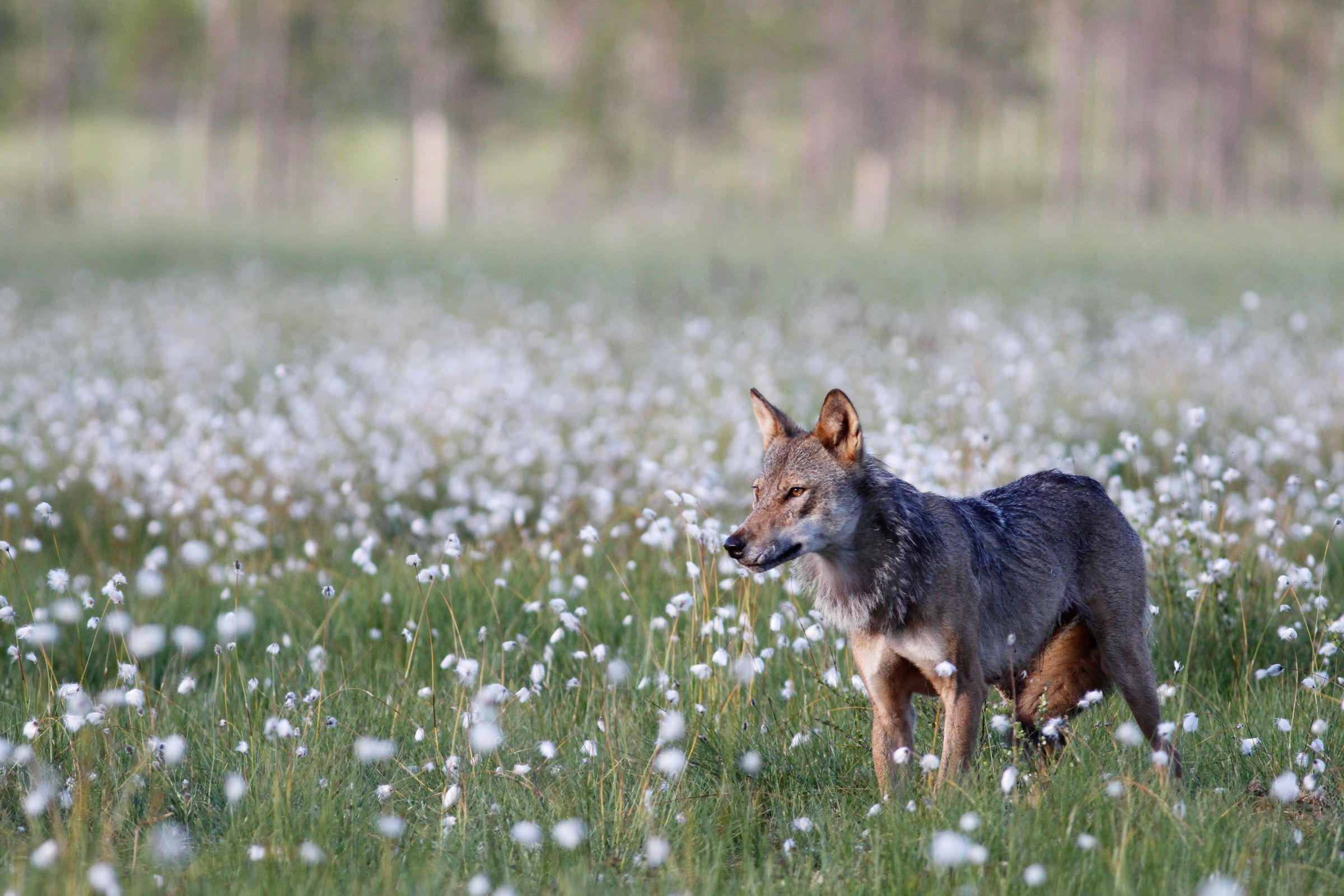 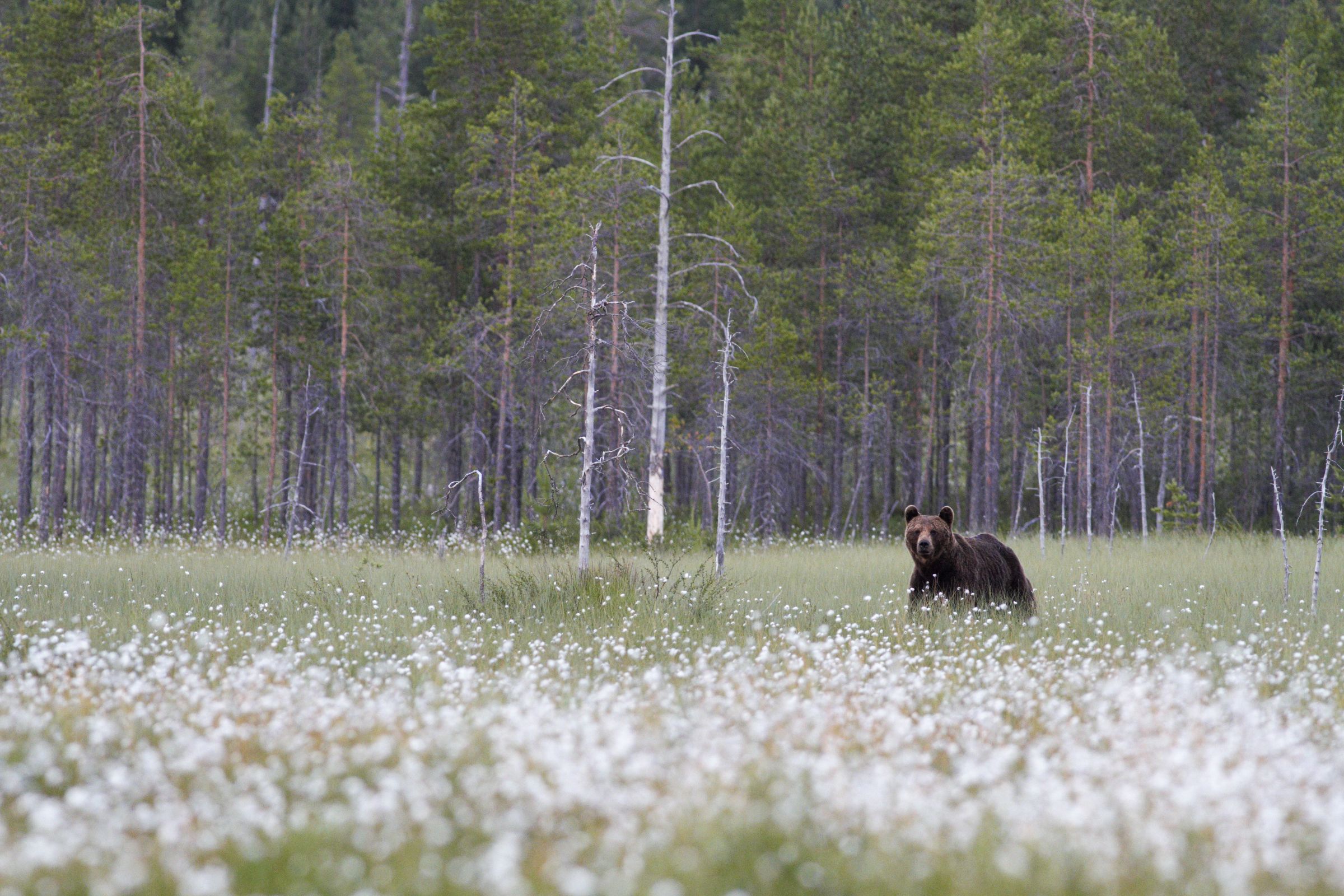 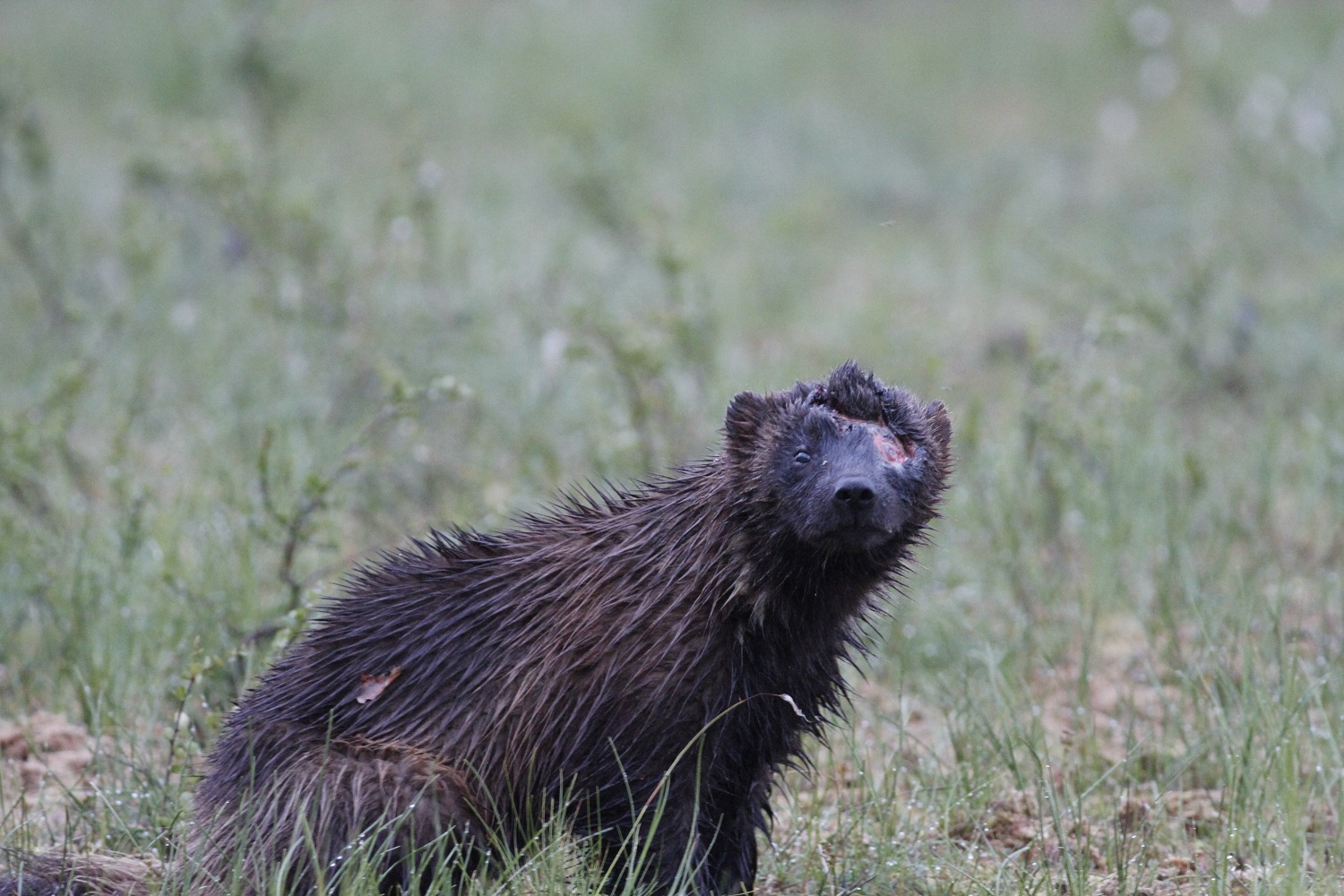 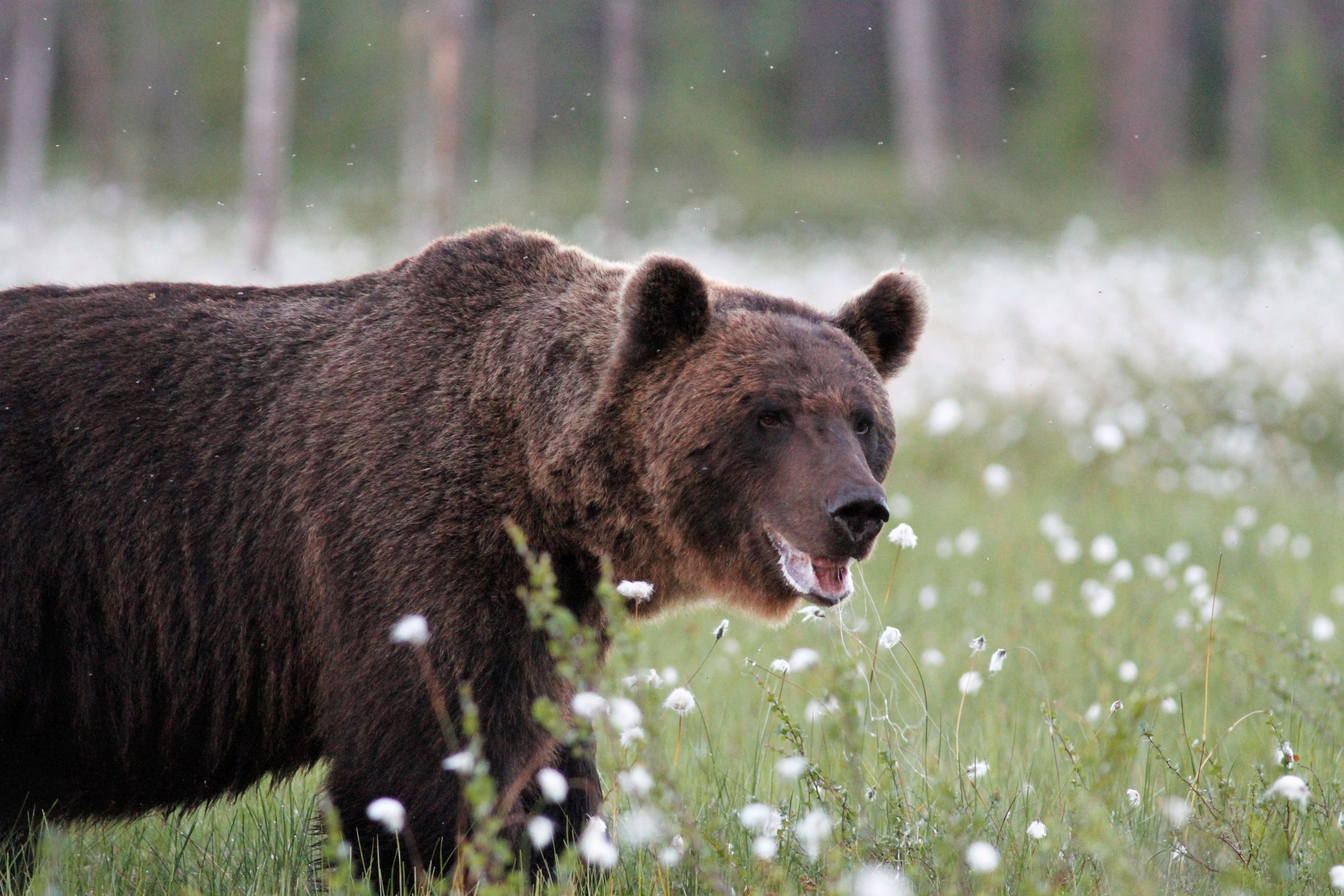 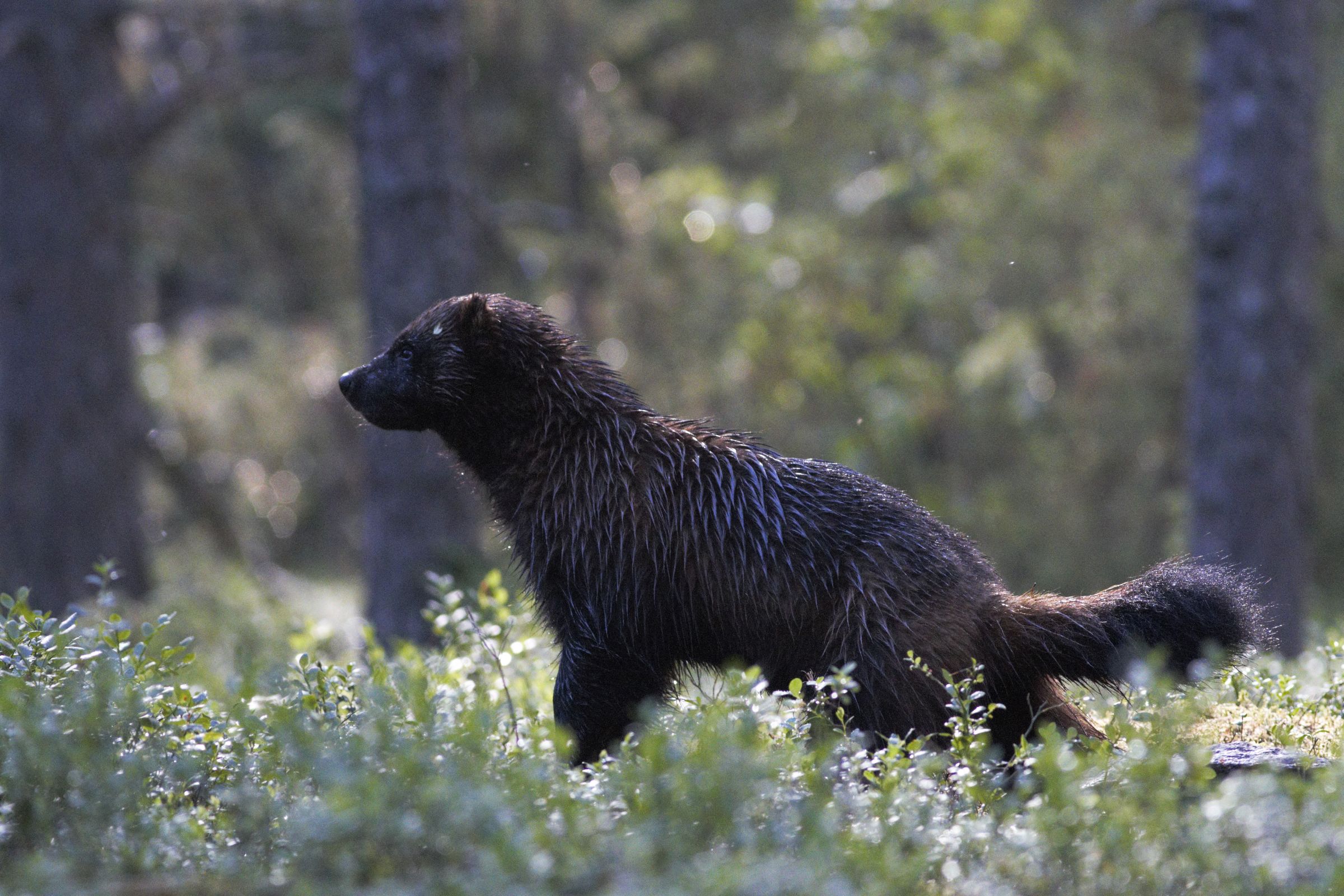 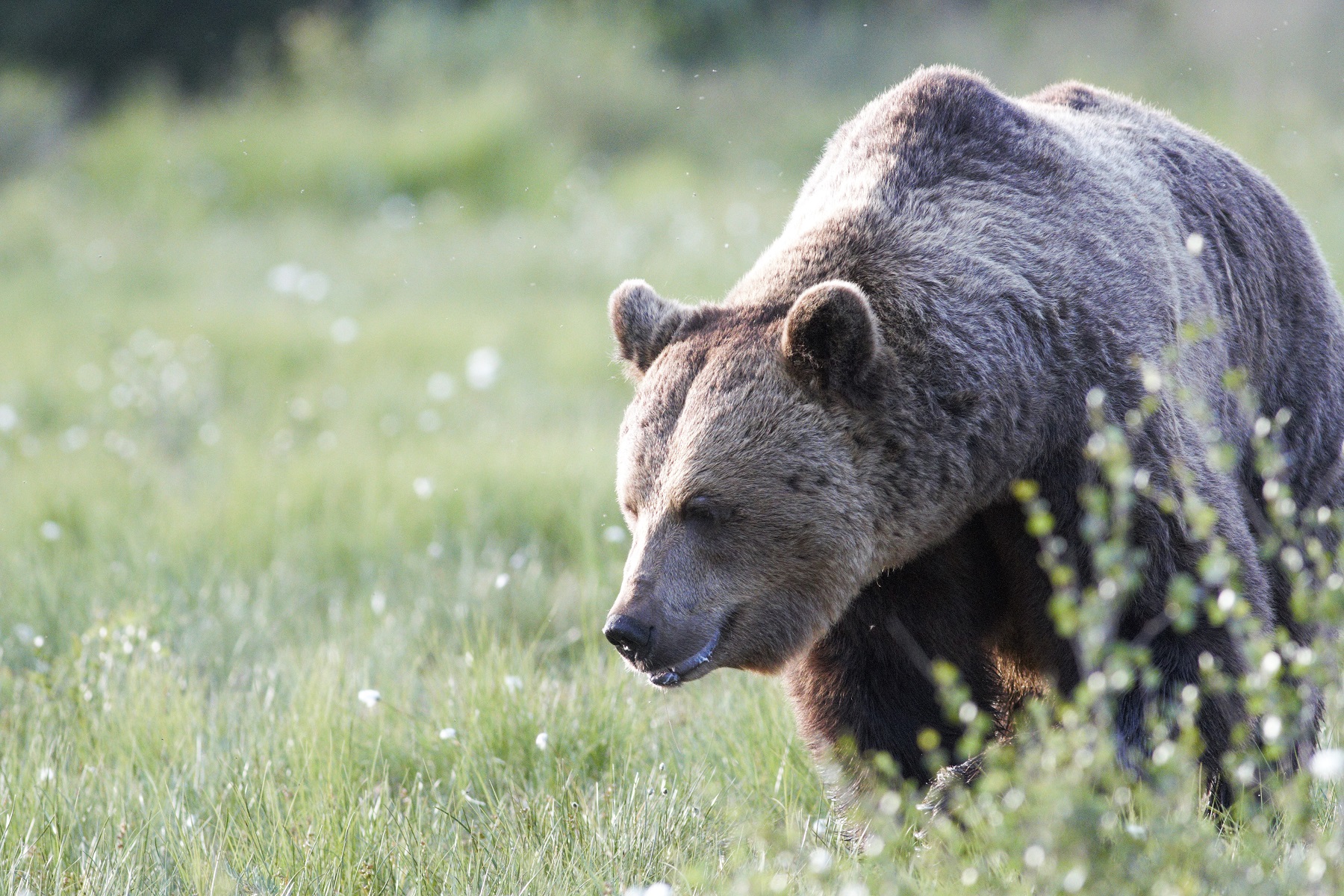 Remarkable were the Wolverines who, when leaving the observation hides near the town of Lieksa, appeared on the scene. Completely exceptional was an adult male that simply remained present while everyone was busy packing their things. Something that never happened before! 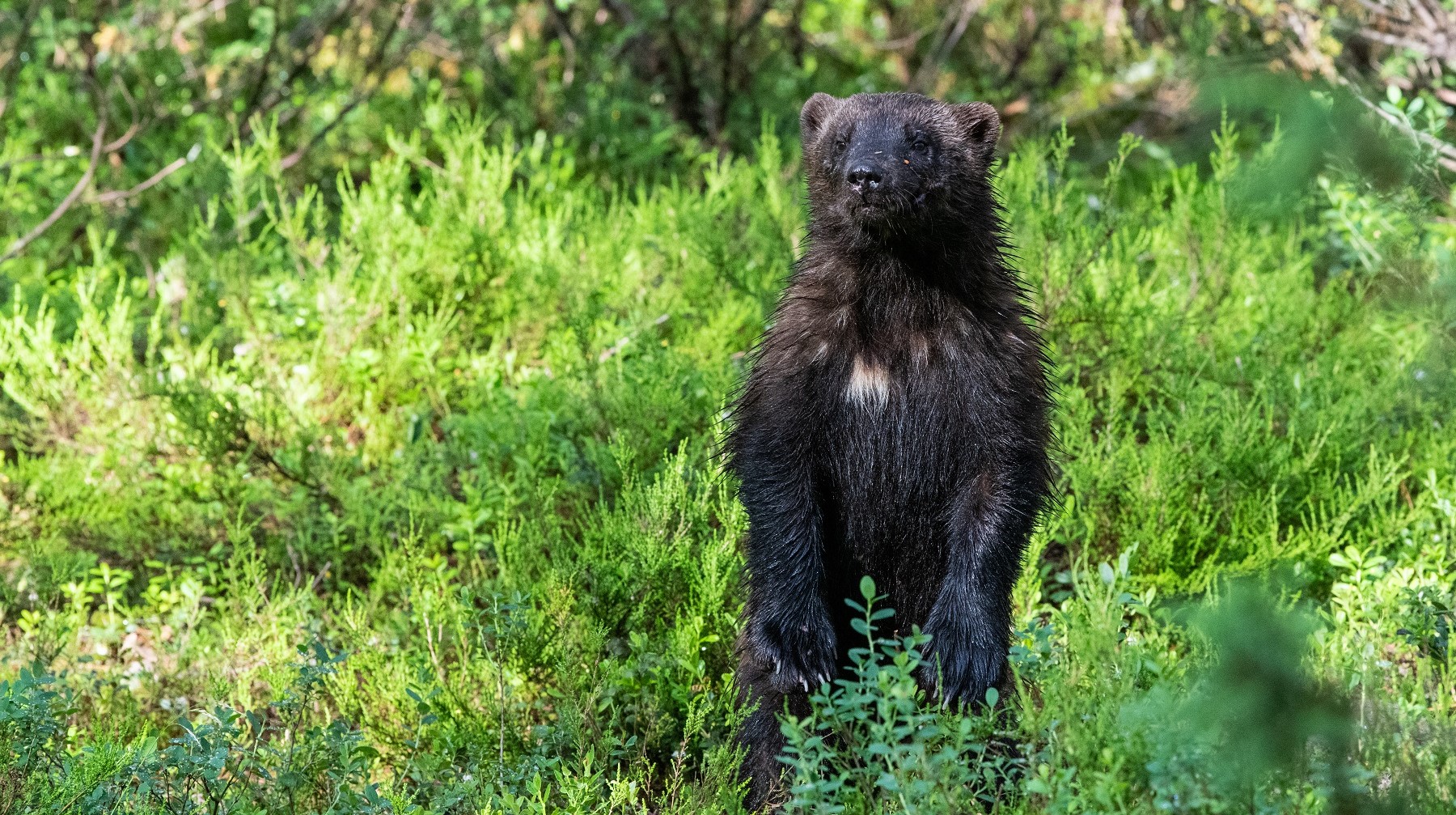 Wolves also continue to cooperate better. The years when you had to be lucky to observe wolves are really past tense. The new pack members are really a lot more tolerant when it comes to the presence of people in the hides. What is called habituated to humans. At least in the Kuhmo area. Where they used to prefer to keep their distance at the slightest noise in the past, you can now really watch Wolves for hours from a very short distance. And this often early in the evening. This used to be different: when wolves came, it was usually during the darkest part of the midsummer nights where photography was a challenge. 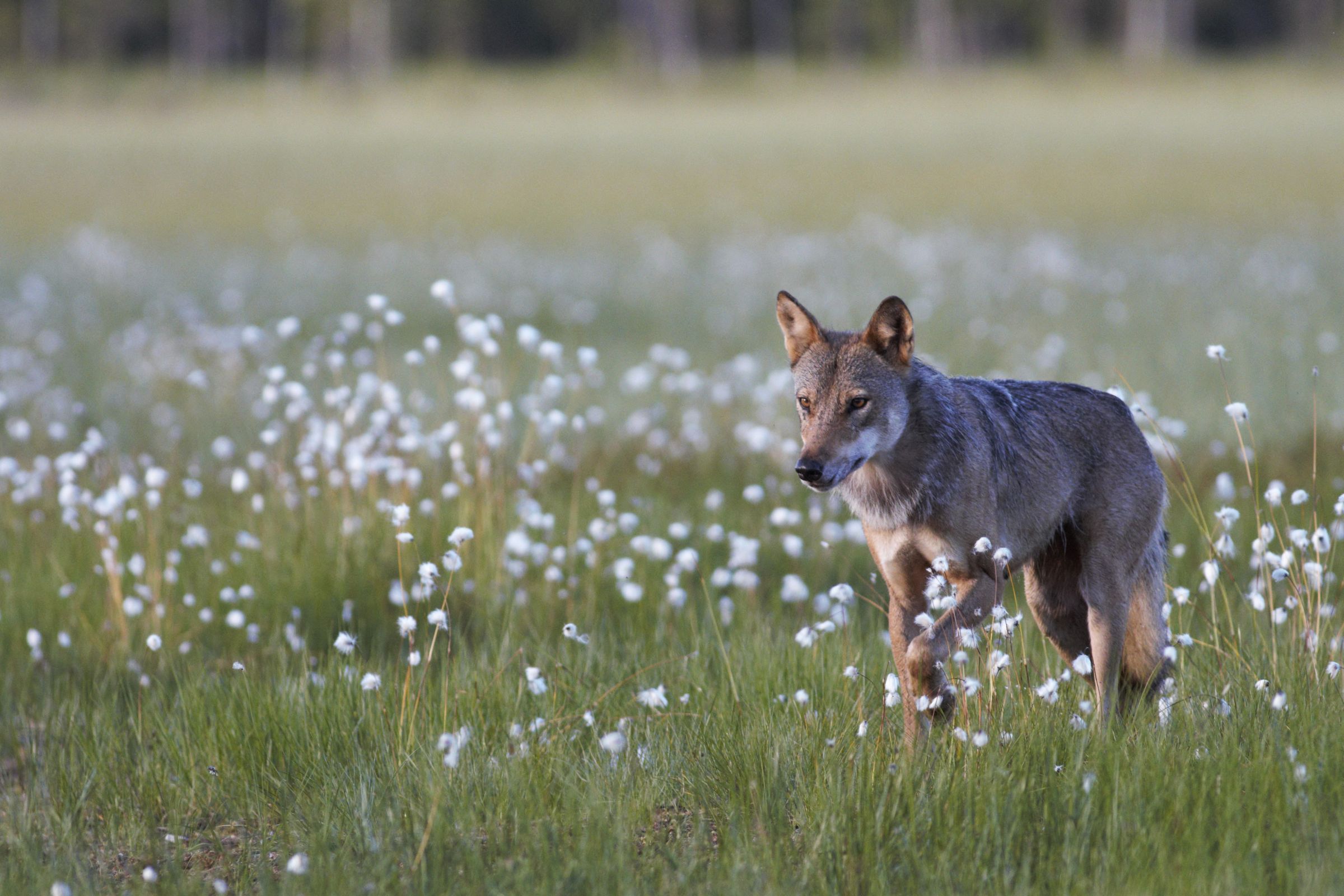 Even more exceptional this year was the total picture of desired animals that were on the list of target species: the endemic Saimaa Ringed Seal, Siberian Flying Squirrel, Forest Reindeer as well as Beaver and Moose. All were added to the list of observations. Or how the full load was covered! All this in a span of 7 days!

Notes from the field part 1: the Siberian Flying Squirrel galore

Walking back to the rendezvous site for the squirrel excursion, Jan’s contact person approached us, bathed in sweat but euphoric and enthusiastic. He informs us that he already seen a squirrel in the aspen where the Sib Flying Squirrels are hiding. What is really remarkable is to see one so early in the evening. Siberian Flying Squirrels are normally strictly nocturnal animals.

After a short briefing, armed with mosquito repellent and water, we immediately go to the relevant nearby location: a fragment of old spruce forest on a slope with large overgrown rocks. Upon arrival, the tiny head of a Siberian Flying Squirrel is hanging out of the small tree hollow. Incredible! The normal procedure (a long wait until nightfall at the tree cavity) is clearly not necessary tonight! Such a luxury! After the squirrel has seen all of us, the animal gives up. He pulls his head back and disappears into the hollow of the tree. But the show is not over. Judging by the browner colour of the fur, a second appearance at the nest entrance turns out to be a different individual. And we are lucky as this one also leaves the nest cavity! Spiralling the trunk, it disappears rather quickly upwards into the canopy of the tree. After this, the first, greyer individual reappears. It lingers again in the tree cavity for a while. A few group members are lucky enough to see the first one flying away by stretching its patagium; a flap of skin that stretches between the front and rear legs. We’re running out of eyes!

But the show really starts when the second animal leaves the nest cavity. After the animal has preened its fur and toileted, it starts foraging. It consumes the leaves of the aspen with its tiny hands, leaving only the petioles as residual waste. Foraging is alternated with preening. Every now and then we see and hear the petioles falling to the forest floor. For almost two hours we admire this spectacle through binoculars, telescopes, telephoto lenses and, because of the short distance to the tree, simply with the naked eye! What a sighting!

Siberian Flying Squirrels are not rare, but it is their way of life that makes it difficult to spot them effectively. The favoured forests are also not easy to search being dark and densely overgrown, which makes viewing difficult. And, if you do find a tree and cavity under which there are mustard-coloured squirrel droppings, a sighting is still not guaranteed, even by waiting until nightfall since they use several such nest cavities in a territory. But none of that this time! The most difficult target species of the journey has been seen the “Full Monty” way! 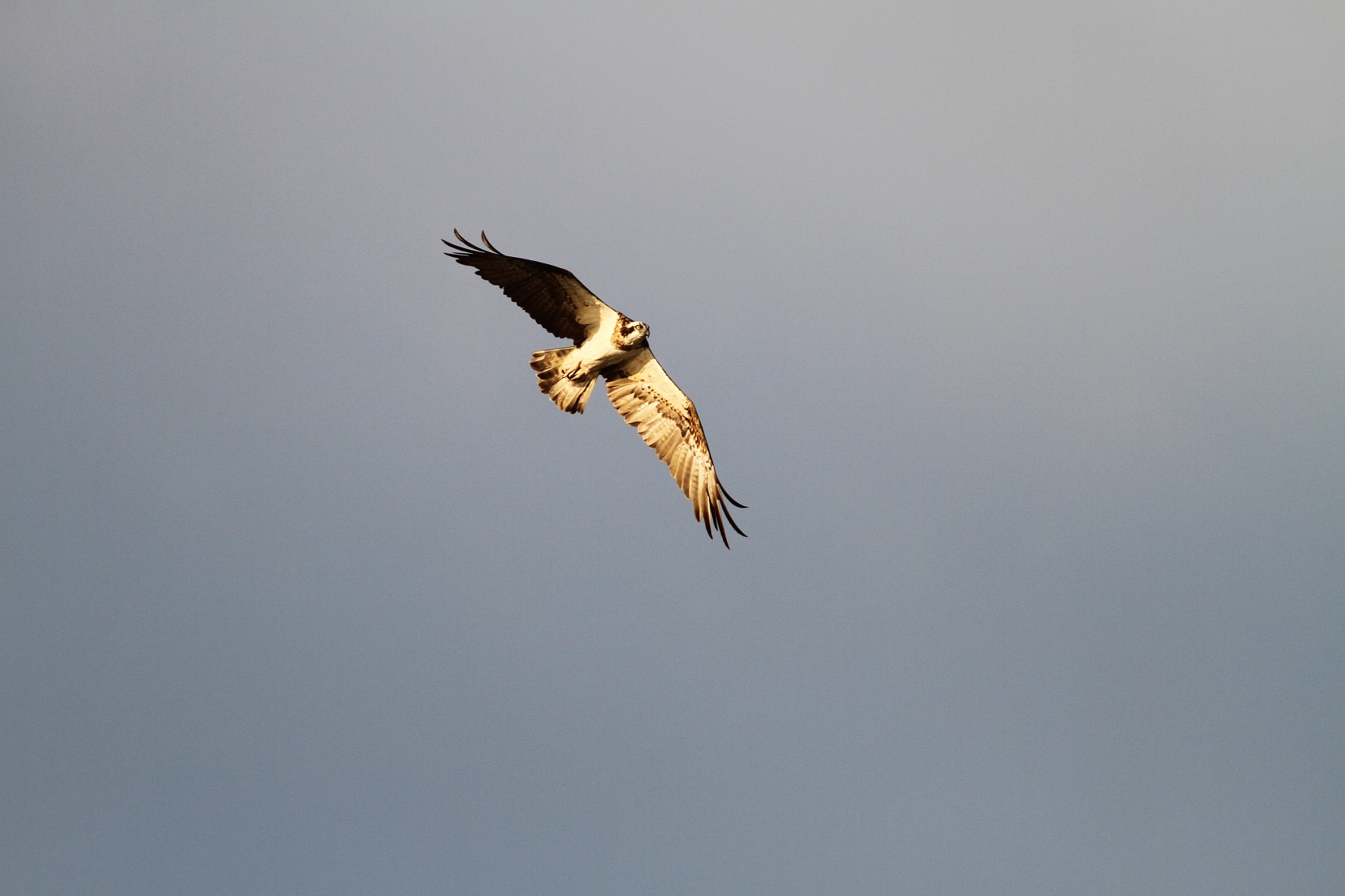 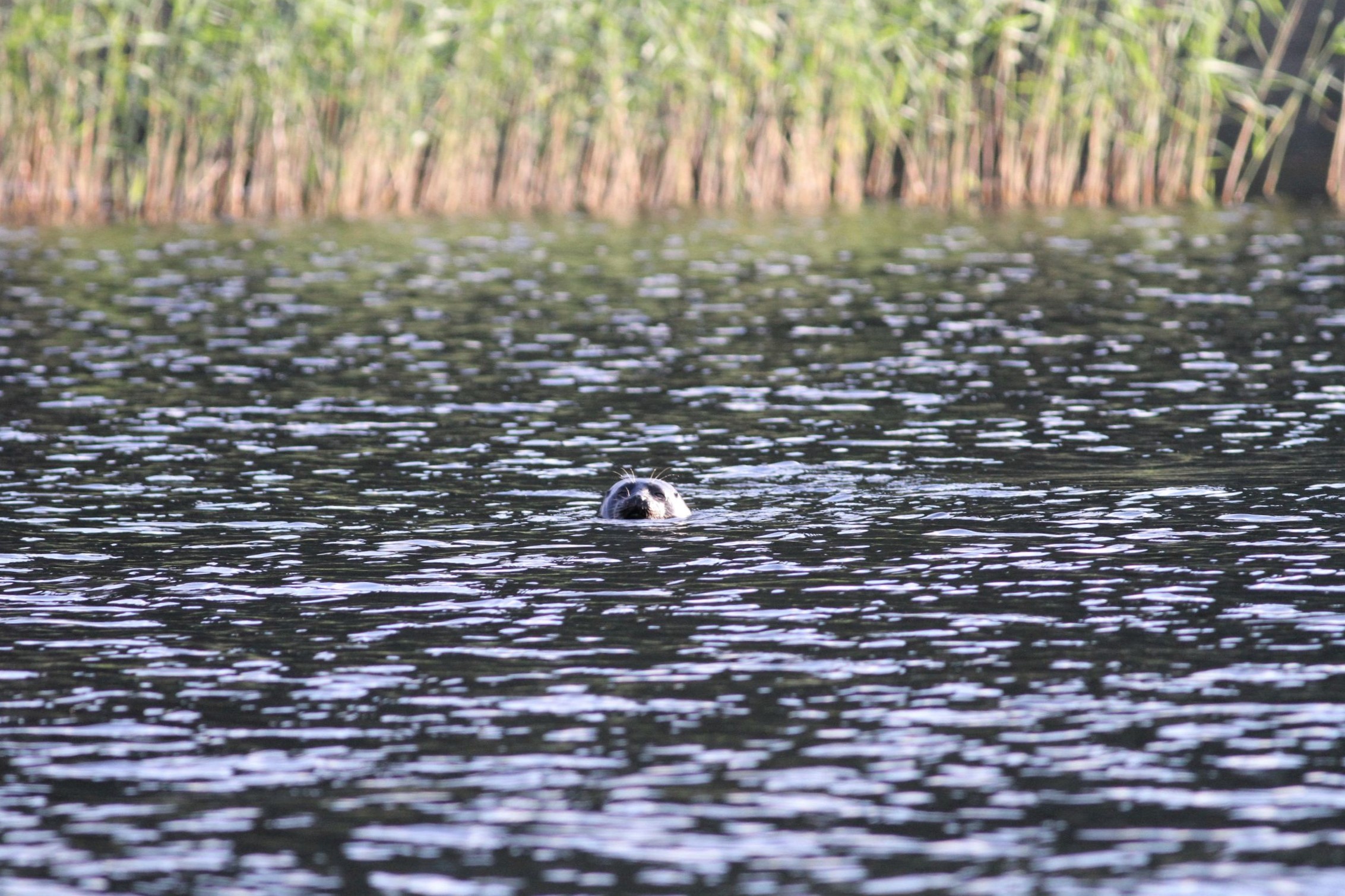 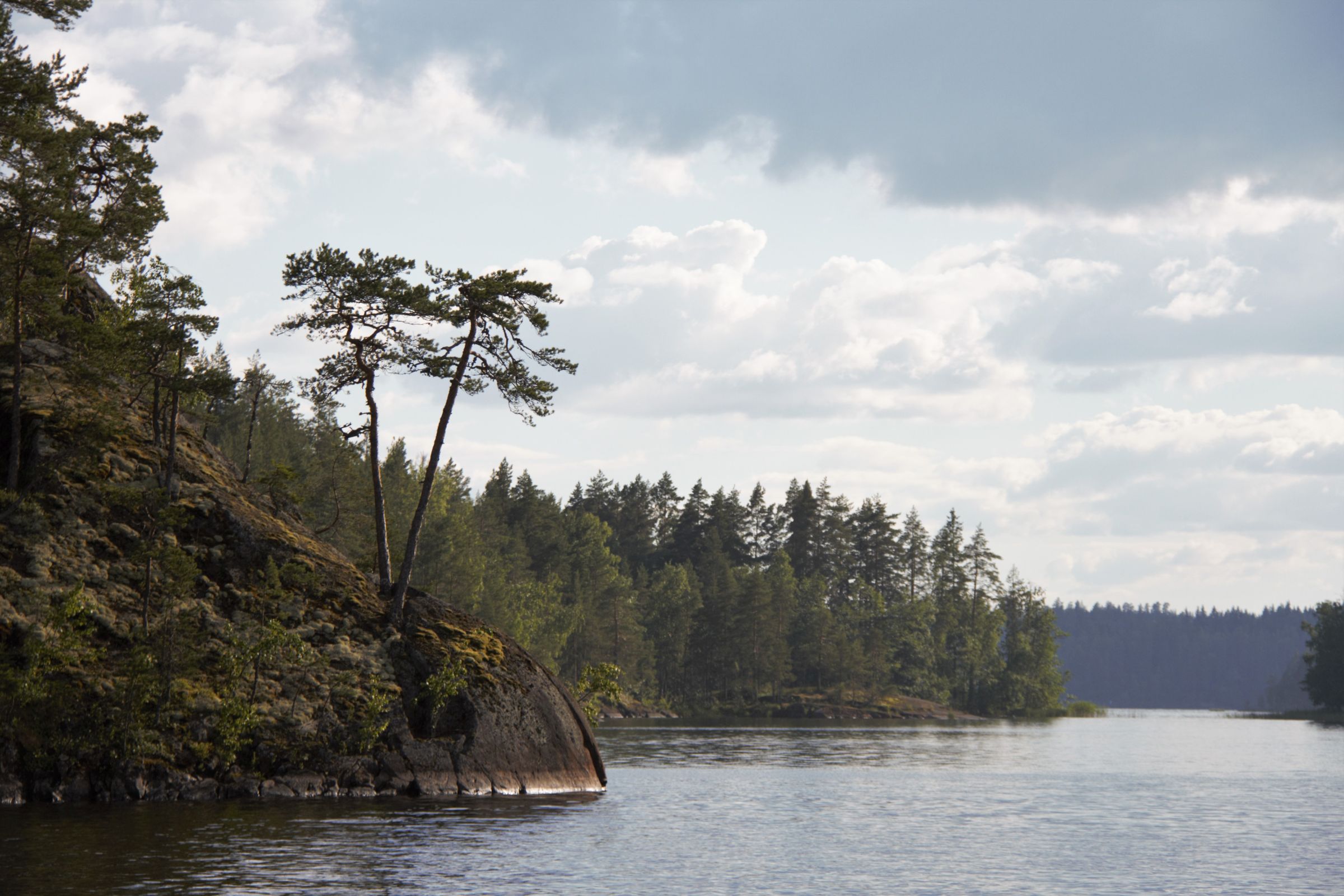 Notes from the field part 2: the Saimaa-ringed Seals

After another richly filled and delicious buffet for lunch, some are treated to a heavy thunderstorm. Others prefer the luxury of the lodging to relax for a while before gathering at the jetty of Porosalmi beach at 6pm. With an authentic wooden boat, we leave the local harbour accompanied by Heikki; our captain of the evening during the seal safari on lake Saimaa. Approximately 4,400 square kilometres in size, it is the largest lake in Finland, and the fourth largest natural freshwater lake in Europe. Several occupied Osprey nests make the seal search pleasant and varied. Ditto with the present Whooper Swans, Black-throated Divers, Common Sandpipers, Common Terns, Goshawk, Goldeneyes and Baltic Gulls.

The main goal during the boat safari is to spot Finland’s only endemic mammal species, the Saimaa Ringed Seal. With only about 420–430 individuals now in the wild, the Saimaa ringed seal is one of the most endangered seals in the world. Partly due to a campaign for fishing regulations, springtime deaths of ringed seal pups from entanglement in fishing nets have decreased.

In addition, the winter of 2021-2022 was rich in snow. This provided good conditions for the construction of nurseries by the adult animals. As a result, many young survived their first weeks after birth and a good number of young animals later in the season. What is called light at the end of the tunnel!

A first seal appears at the surface three times, with its first appearance being the closest. In any case, it always is a guess where and how long the animal will reappear on the water surface after it dived. A fixed pattern is difficult to predict with these fellows!

A second individual appears in front of a reedbed at a relatively close distance. It is unfortunate that the foraging animal does not reappear in front of us. So only a brief view this time.

Before spotting a third seal, we first see a beaver swimming between two islands in the archipelago. According to its darker fur and a shorter snout, it turns out to be a Canadian one.

Since the evening meal is prepared on the boat, everyone looks for the room once we are back on shore. With the spotted seal and beaver, the tagert list is so far, fully on track!

In Finland both Canadian and European Beavers occur. Although the native European species was hunted to extinction in the 19th century, in 1935 some specimens were re-introduced from Norway, and since then the population has grown to such numbers that around 250 European beavers can be hunted yearly. Canadian beaver was introduced to Finland in the early 20th century and nowadays hunting is only regulated by hunting seasons.

Notes from the field part 3: The Forest Reindeer

After dropping the picnic boxes and thermoses we go back to Kuhmo where an extensive breakfast is waiting for us. Afterwards the daily post-hide procedure of sleeping and freshening up. After lunch an excursion is planned for Forest Reindeer. As in the past, one place in particular is rather quickly productive. It is Martin, one of the group members, who is very alert and notices an individual from the van. Paul also manages to photograph the individual. With this quick scoring, guide Jan decides to abort the endless driving. This way everyone has some extra free time and there is still the option to look for Moose, the only remaining target species, later during the evening. These ungulates are notoriously hard to spot during daylight. They know so well they’re being hunted! 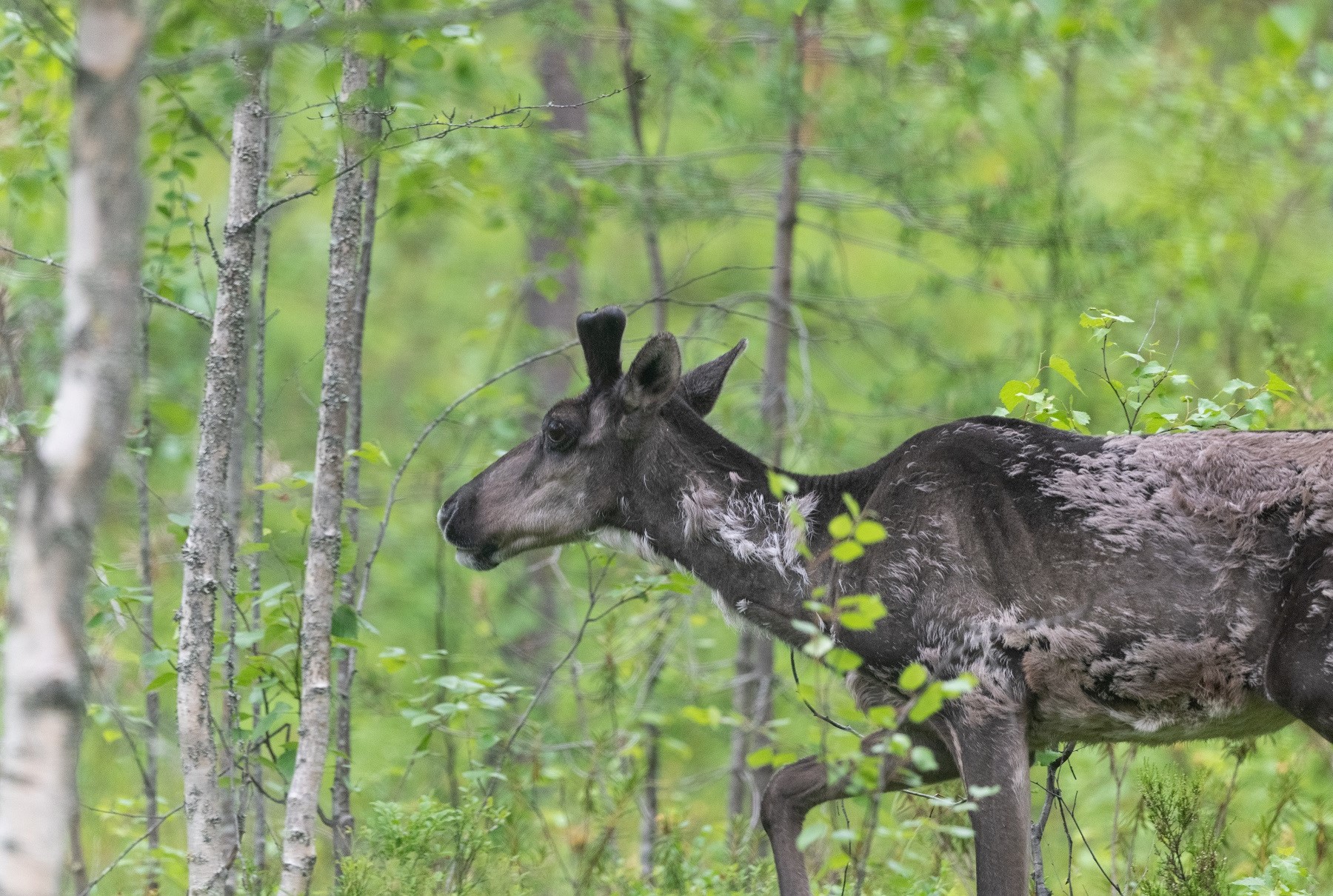 The Finnish forest reindeer, also known as European forest reindeer is a rare subspecies of the reindeer native to Finland and northwestern Russia. They are found primarily in Russian Karelia and the provinces of North Karelia, Savonia and Kainuu in Finland, though some range into central south Finland. They are distinct from the semi-domesticated mountain reindeer in their larger size and preference for dense boreal forest habitat, where they are rarely seen by humans, over the open tundra. They migrate seasonally back and forth across the long Russo-Finnish border. The problem during the summer, however, is their widespread and scattered distribution in the area. Driving around from one favourite place to another is the only tactic to see them, as this is something that the reindeer do themselves. The reason for that is that they are moulting at this time of the year and are continuously plagued by the mosquitoes present. On top of that, the animals are generally shy. When they hear a car approaching, they disappear from sight as quickly as possible. So, equal with the Siberian Flying Squirrel, the Forest Reindeer is a difficult target species to guarantee.

Something else worth mentioning: GGO’s had an exceptionally good breeding year in several regions in Finland. Even more remarkable in this respect is their late timing to breed and fledging of the young ; some of them were fed by adult birds until September!

This news item would not have been possible without the contribution of the following people: Matti Suopajarvi, Pasi Parkkinen, Paul Goodliffe and especially Tom Mabbett at the Naturetrek office!