The aim of the trip is to provide an exclusive opportunity for international wildlife enthusiasts and photographers to monitor, observe and photograph saiga antelope deep inside the Stepnoi Nature Sanctuary, Russia. By joining this trip, participants will be supporting the sanctuary which is a truly unique place where one of the last areas of untouched steppe wilderness is protected by a small team of enthusiasts. 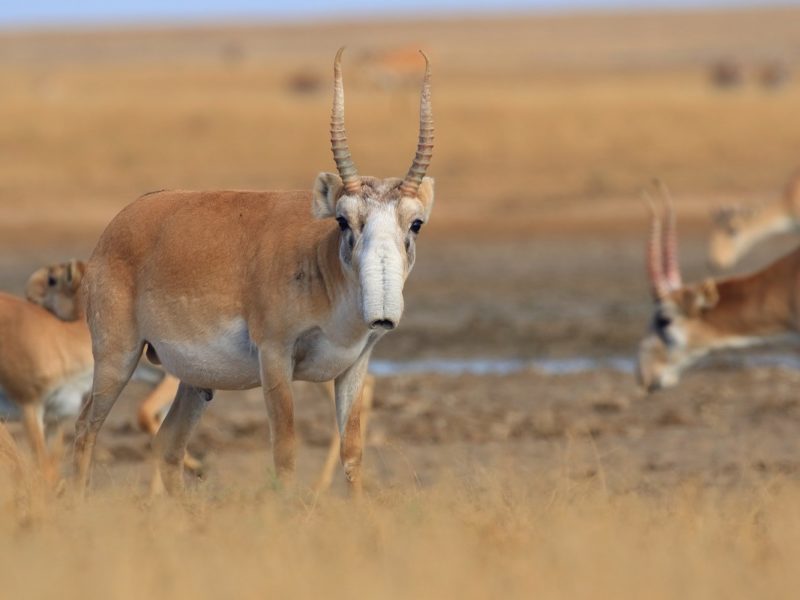 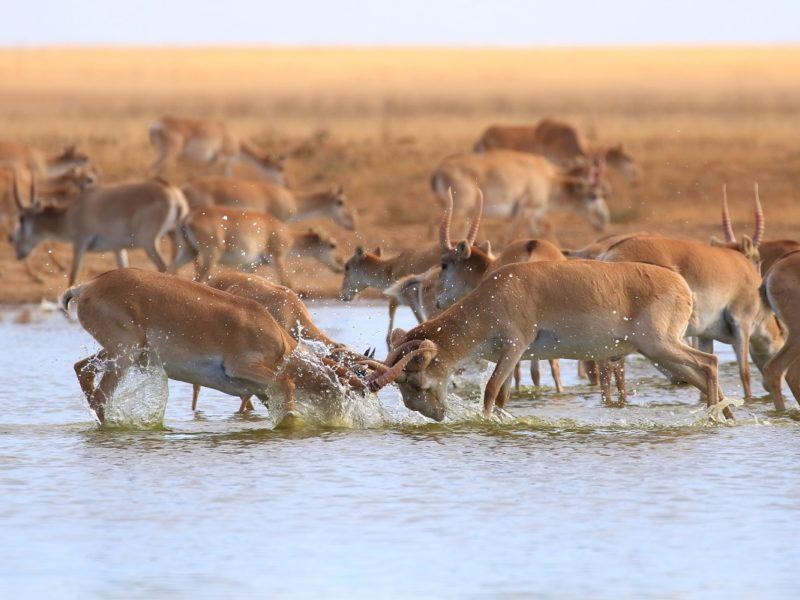 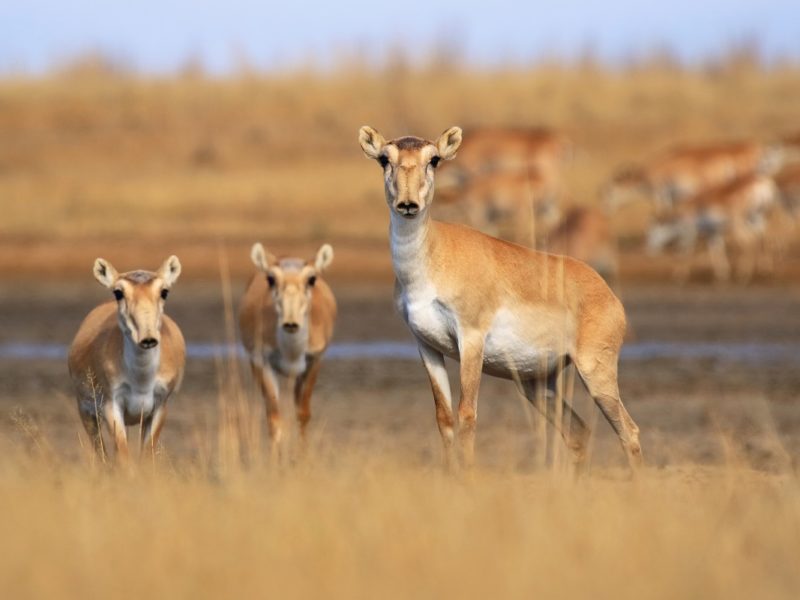 Saigas during spring and autumn

Saiga antelopes (Saiga tatarica tatarica) inhabit the sanctuary throughout the year with only occasional mass movements to the nearby Kalmykia. The population of the Stepnoi sagai numbers  approx 6,000.  From May to October, saigas regularly congreate near an artificial well situated about 1.5 km from the rangers station. The surrounding area near the well is used by saiga as a drinking pool, mineral lick and resting place. From mid May onwards, saiga are present on more or less a regular basis. Females with their calves gather near the drinking pool were as males use the spot as a social arena.

The use of a special made hide in front of the drinking pool provides exclusive opportunities to see the elusive and shy saiga antelopes from close range.

Although the roof is only 50 cm from ground level, one can stand upright inside as the hide is built mainly underground to minimise disturbance to the saiga. Being approximately 2.4 metres long and 1.5 metres wide, the hide can fit up to three people. The walk to the hide from the rangers station (about 1.5 km)  leaves pre dawn. From the hide, you can observe and photograph saiga.

Help monitor saiga in the area, tour participants are asked to record sex, age and activity of the saiga  visiting the artesian well. In September, male calves born in spring already have tiny horns while immature female calves are still smaller than adult females. Therefore, it is easy to distinguish all four main sex-age categories: adult males and females plus juvenile males & females.

Additionally, bird species seen near the well can be monitored and recorded too.

At midday the hide session ends. The only obligation being to wait for a moment to ensure there are no Saiga around before you leave.  Once back at the accommodation, people can have lunch and rest. From late afternoon onwards a second session in the hide is possible. Although in general saiga appear less frequenty during the afternoon sessions. However, other mammals and birds show up on a more regular basis. 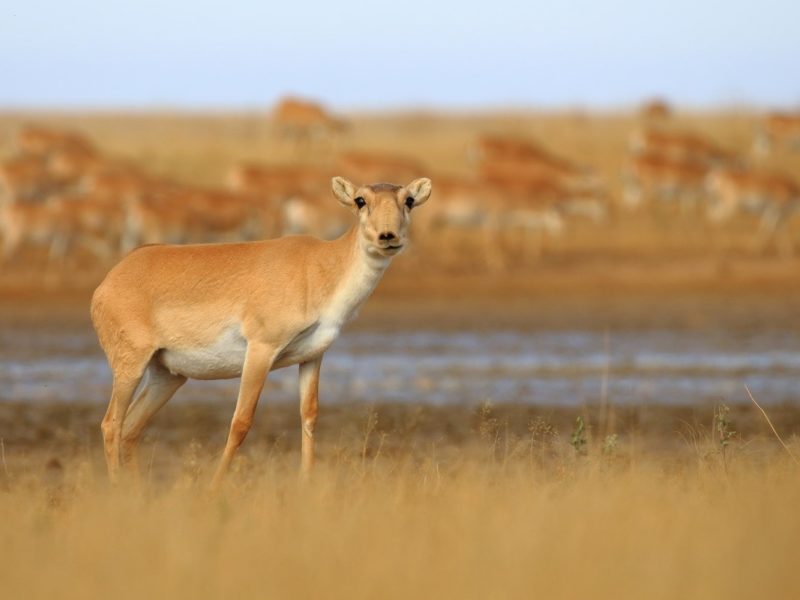 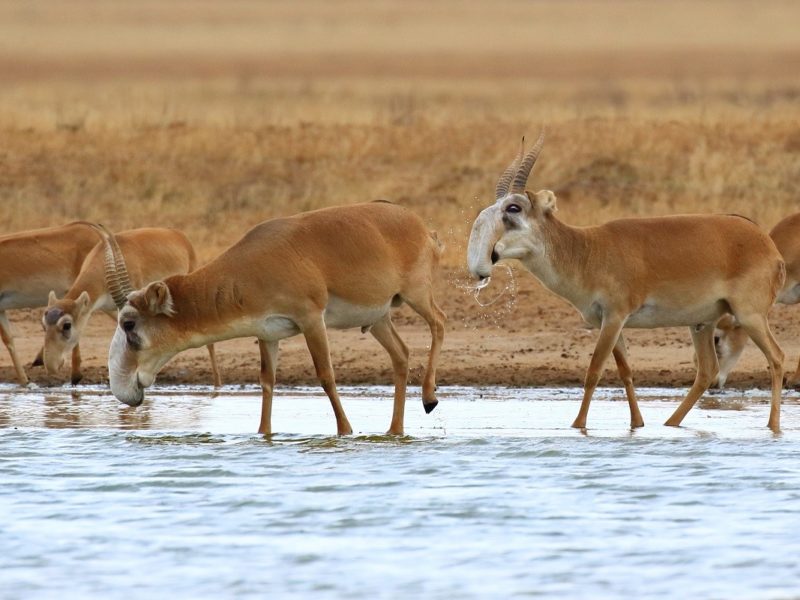 A surplus of resident wildlife different from Saiga antelopes 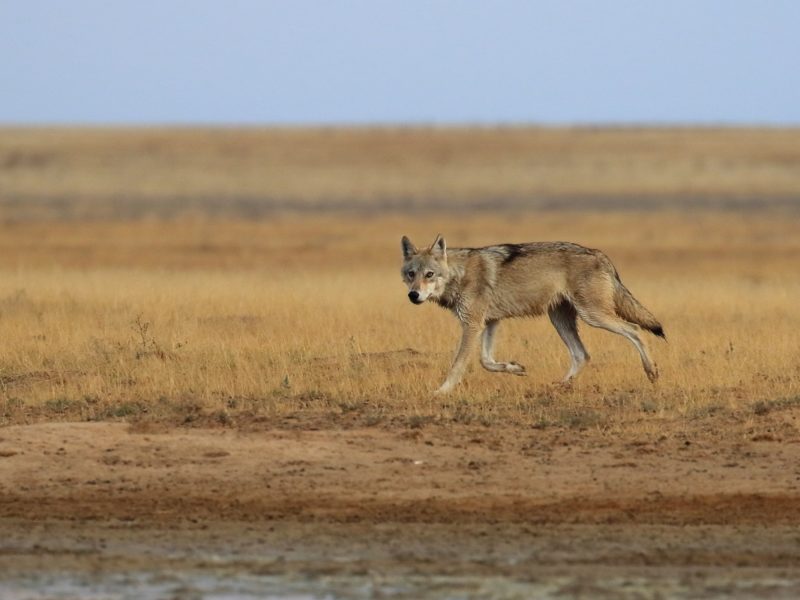 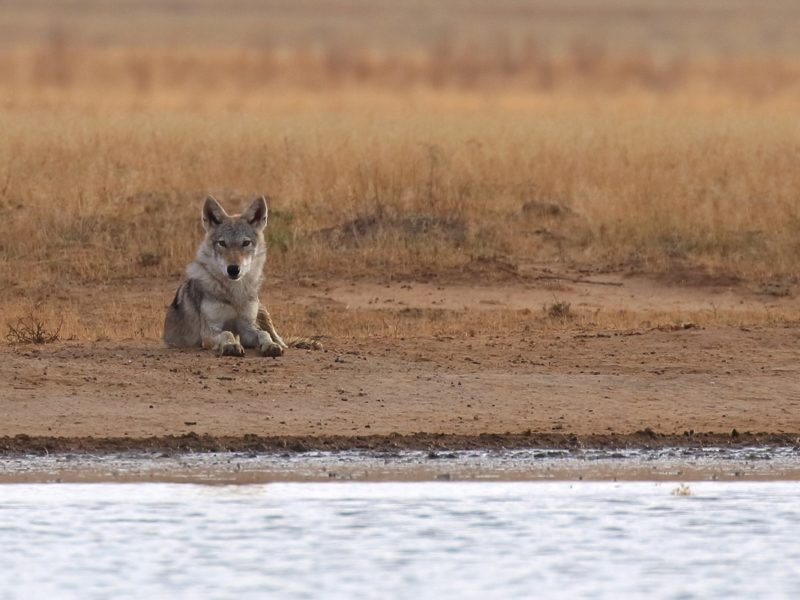 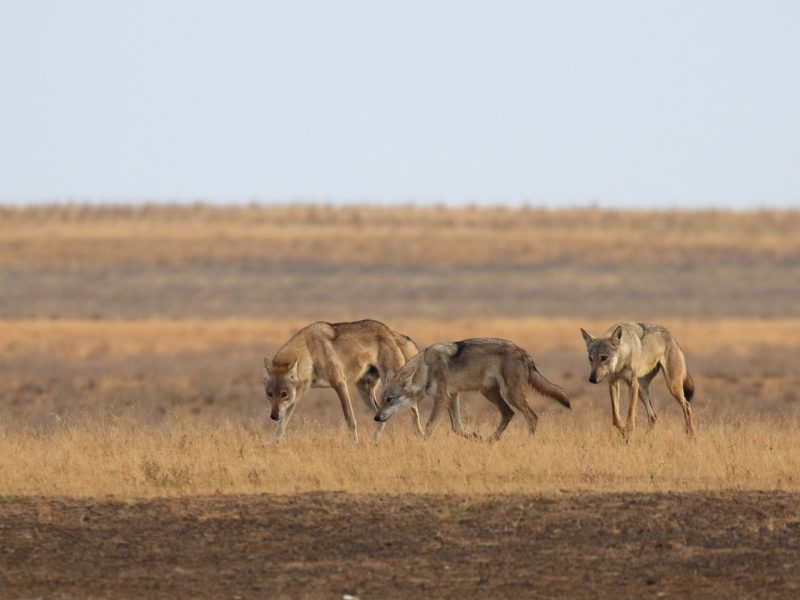 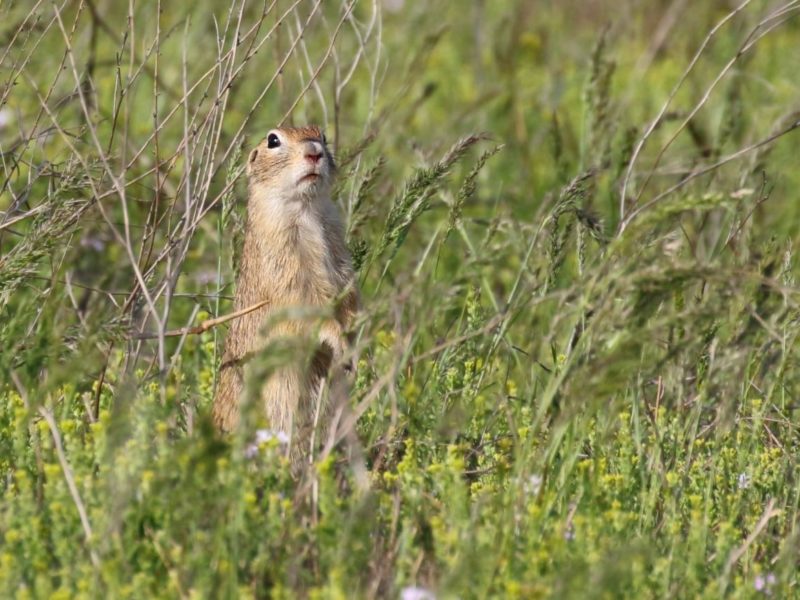 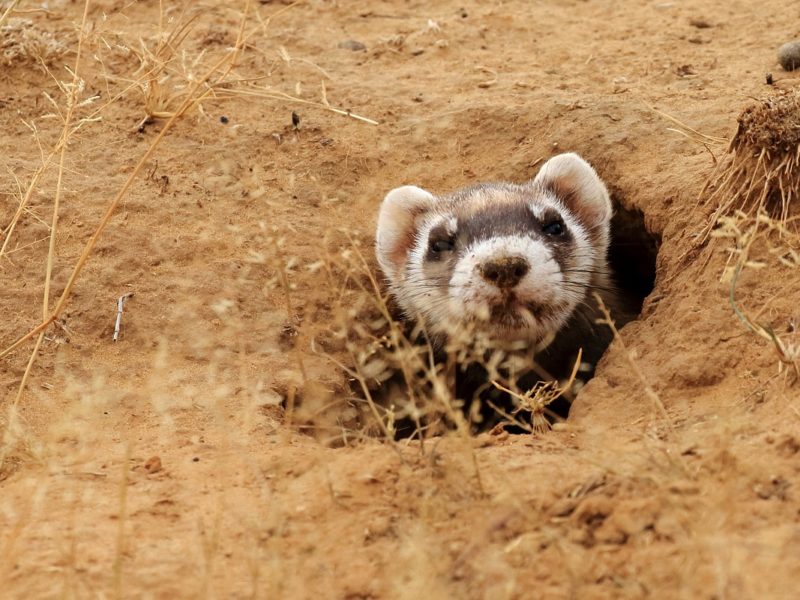 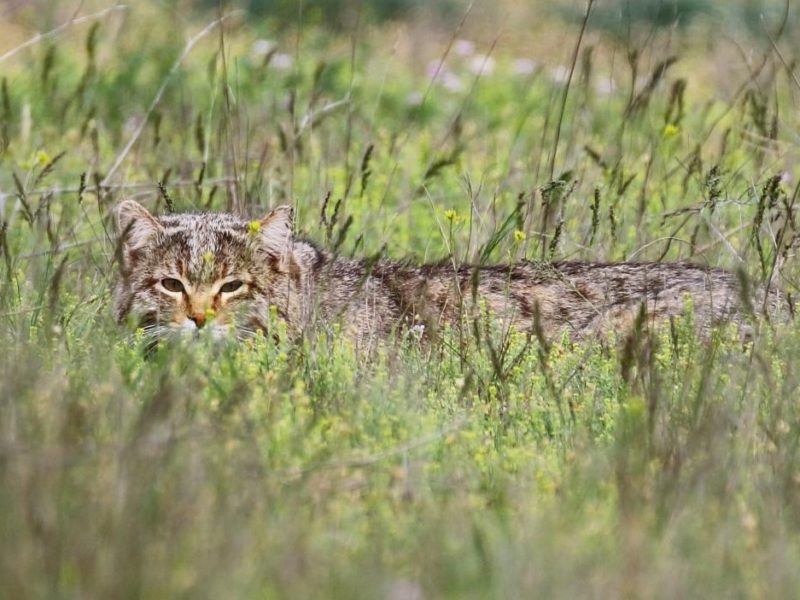 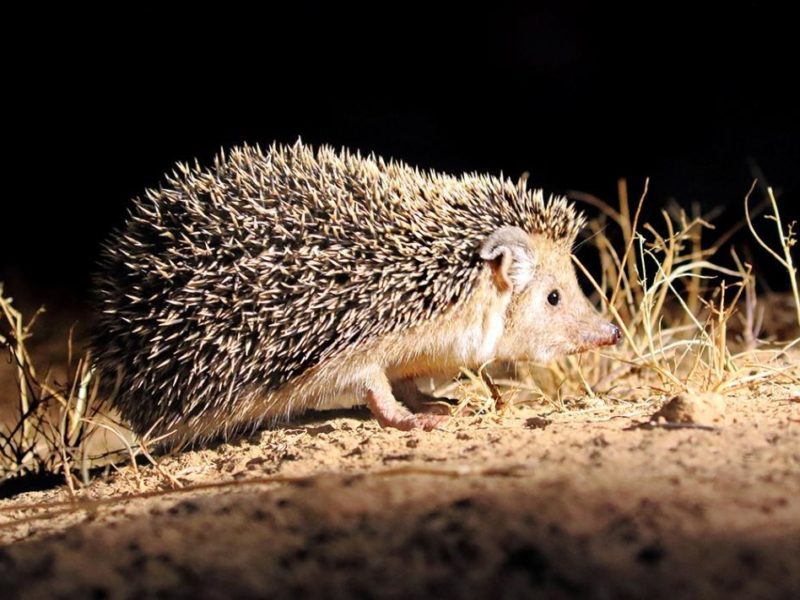 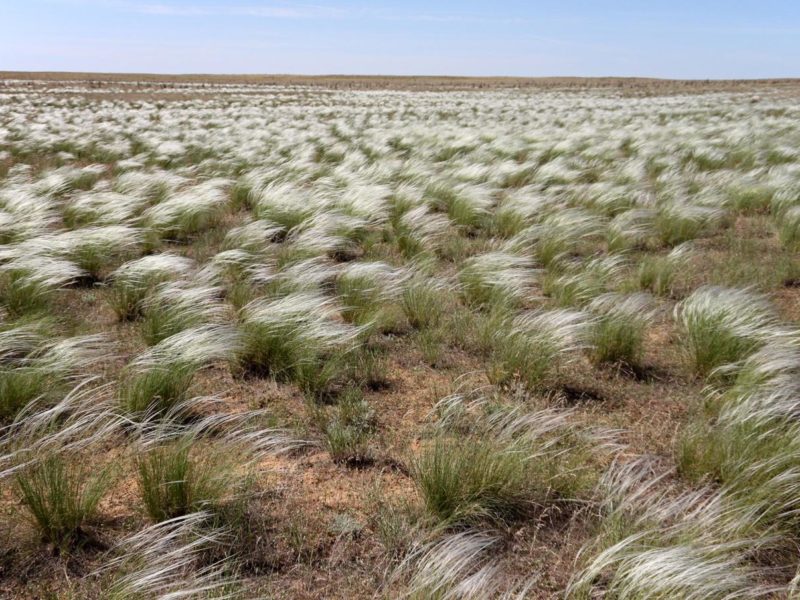 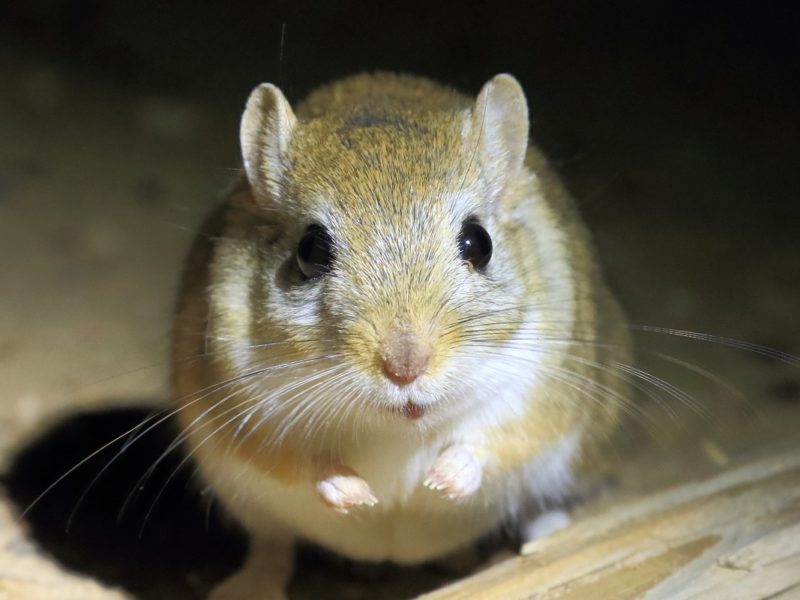 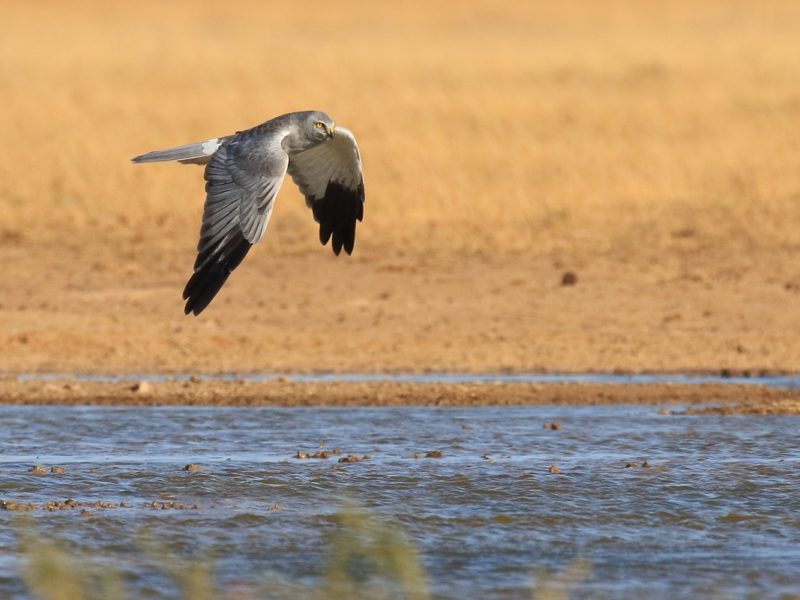 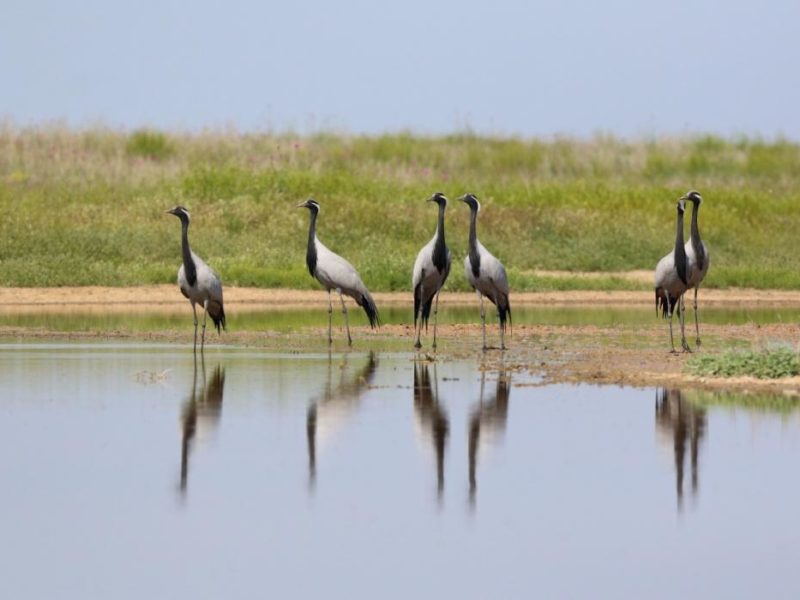 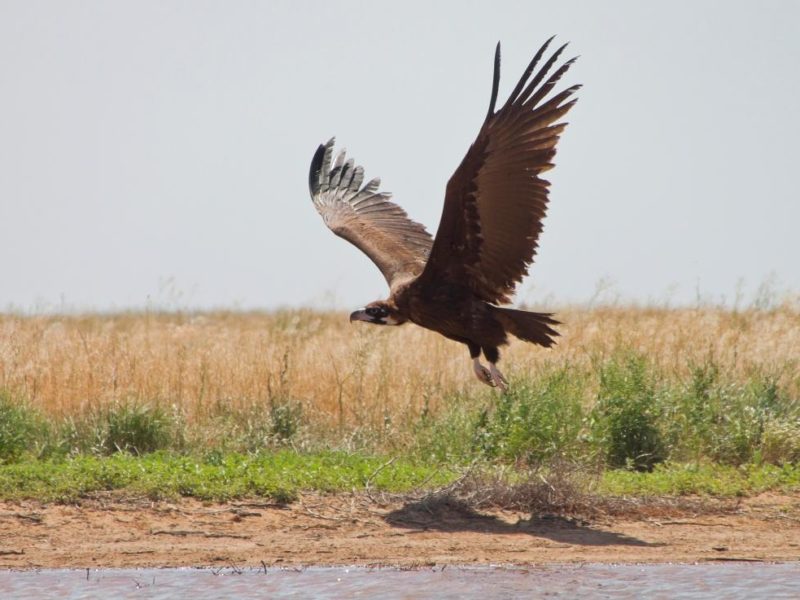 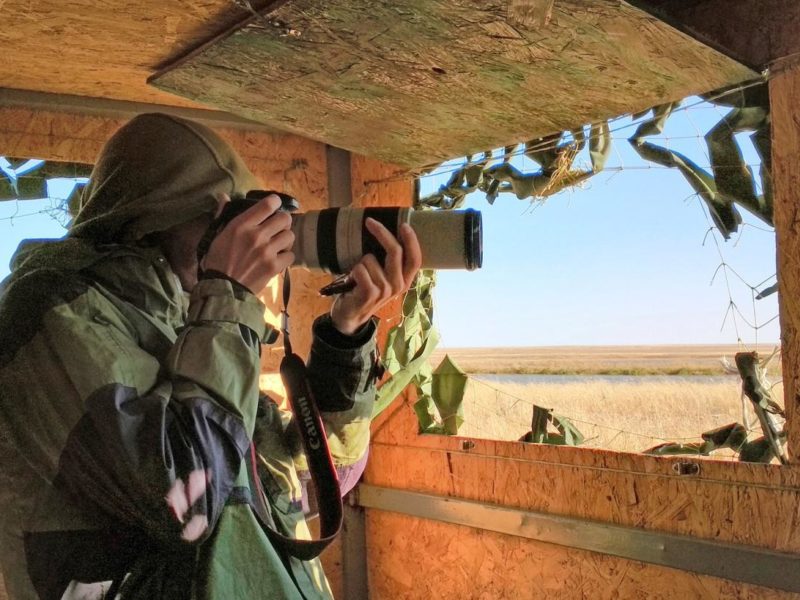 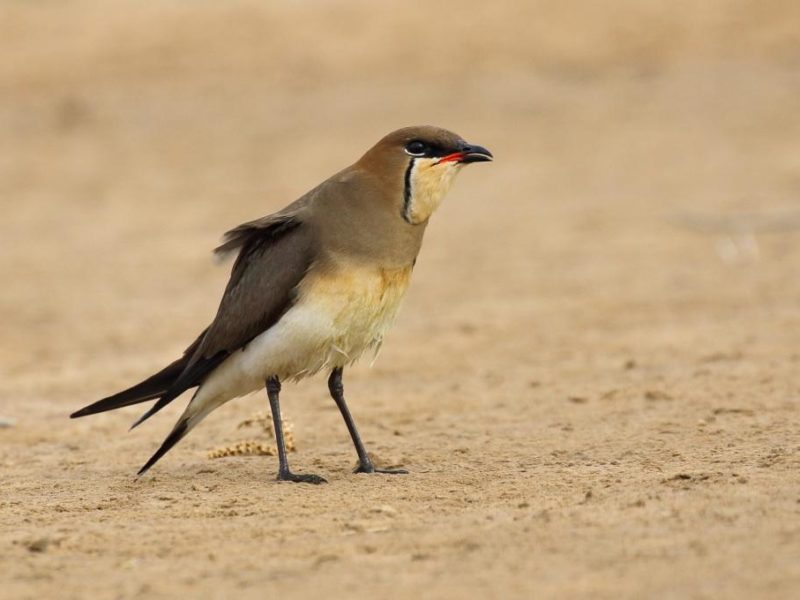 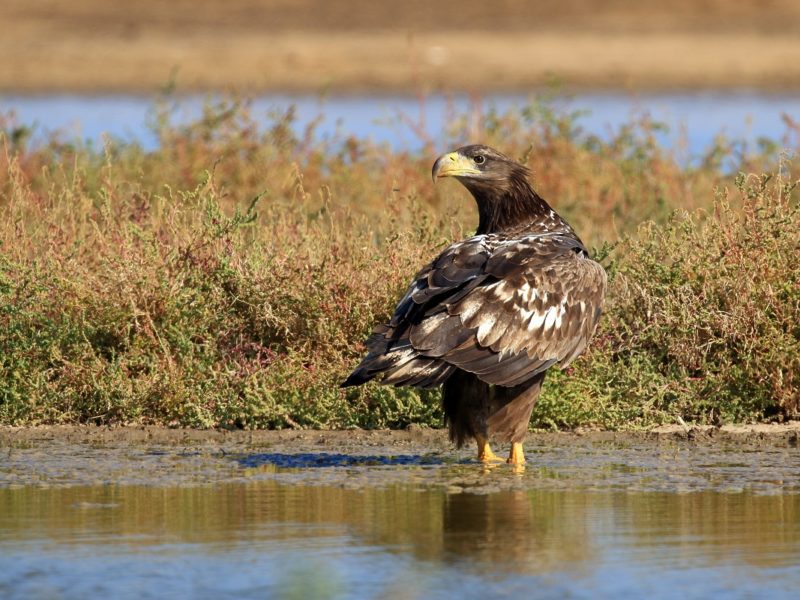 Mammalwise autumn is a better time to visit Stepnoi as overviewing the steppe the visibility is better due to the lower and dry grassy vegetation. More over, saiga sightings are numereous because they often show up during the day as it’s not so hot. Spring and early summer is a better time to see several birds species as they are singing, displaying and holding territory.

Near to the rangers station a watch tower provides great panoramic steppe views. More over, it’s the ideal base to spot distant saiga aggregations.

Morning and late afternoon walks through the steppe are a pleasurable experience to see birds and bird nests, mammal tracks, burrows and unique steppe vegetation. With luck it is possible to see saigas distantly.

Spotlighting can sometimes result in exciting encounters with rare species but stays a hit or miss affair as visibility is rather poor caused by tall, grassy vegetation. Nevertheless, near the rangers station the visibility is better and some animals (gerbils, hedgehogs, polecats, foxes) are sometimes attracted by the organic waste pile. Here, very short spotlighting walks can be done several times every night. Live trapping of small mammals is an option too although success rate varies from year to year.

The sanctuary is situated in the Astrakhan region of Russia bordering with Kalmykia. The nearest city is Astrakhan which can be reached from Moscow by plane (about two and a half hours flight). Astrakhan has many hotels to rest after the flight, and big supermarkets to buy food for the stay in the sanctuary (self-catering). From Astrakhan, a private (highway) transfer to Liman (a rural town)  takes about three hours. The final drive (on bumpy roads) from Liman to the rangers station in the middle of the steppe takes two more hours driving.

From spring to the middle of autumn there is desert-like contrast weather with chilly nights and hot, sunny days. During midday temperatures might rise up to +40° C. Strong winds blow almost constantly during daytime but nights are usually less windy. Sitting still in the hide during early morning can be a really cold experience.

The Stepnoi rangers station has two main buildings. One building is used by rangers who patrol the territory to prevent poaching. A second building is a small cottage providing basic accommodation for guests. The are two outdoor toilets and a shower with a sun-heated water tank. There is no water source. All water suppies comes from the nearest town which makes the basic stay in the sanctuary more expensive. The cottage has one small room for three persons with three beds with pillows and blankets, a dining room with a couch for one more guest and a small basic equipped kitchen supplied by a gas stove. Although sometimes unstable, solar powered batteries provide electricity.

Sleeping in tents is not an option as rangers leave during the night with motorbikes to check the surroundings against poaching.

There is no mobile coverage or internet access. It should be noted that in case of emergency the nearest fully-equipped hospital will be a five-hour drive away.

People interested in visiting Stepnoi have to be self-sufficient and self sustainable when it comes to catering. Basic cooking stuff (a camping set) to cook on is a need. Bringing a thermos flask for coffee or tea makes early hours in the hide more comfortable and pleasant.

Food has to be bought before arriving in Stepnoi. This can be done on day of arrival in Astrakhan. Plenty of food is necessary to cover hide sessions and self catering lunch and dinner.  Providing yourself with preferable snacks not available in Russia is a smart option beforehand. However, the variety in Russian supermarkets is quite good nowadays.

A personal sleeping bag and linen are a need too.

Although unlikely, it is also recommended to bring a lightweight tent and sleeping mat in case moving to another part of the sanctuary in search of saiga is necessary.

Generally, Russia is safe and easy to travel but the language barrier is a big problem for foreign travellers.
Stepnoi Nature Sanctuary is a very safe but remote place.